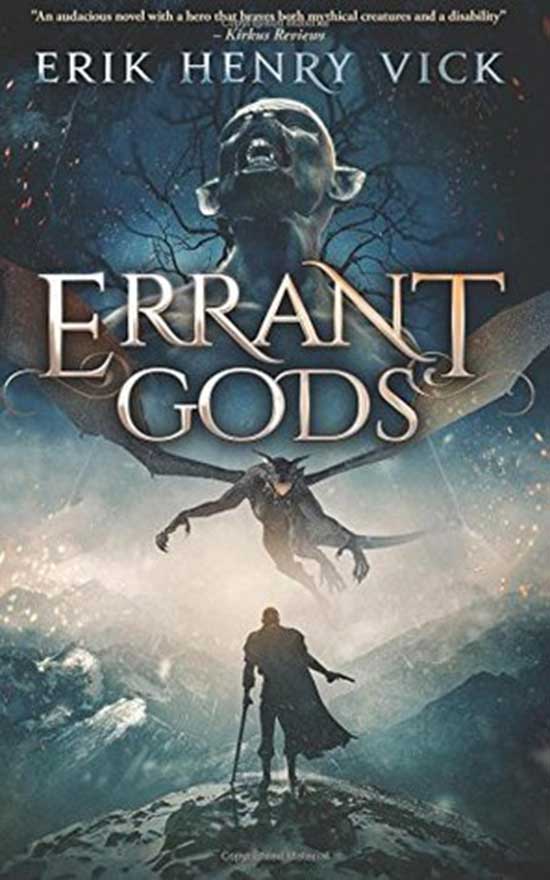 A missing wife and son lead former policeman Hank to pursue two otherworldly serial killers into a strange realm of gods and demons.

Errant Gods marks the inaugural reading endeavor I’ve undertaken with author Erik Henry Vick at the helm. While my ordinary flavor of horror reading doesn’t necessarily tend to be of fantasy related tales, I was pleasantly surprised to find myself hooked on this odyssey from page one. While its sheer bulk and girth, tipping the pages at an abundance of 700 pages, Errant Gods is a commitment of epic proportion. Rest assured readers will rejoice with its ultimate payoff and will no question flock to additional reads from this highly gifted author.

Admittedly I was a little taken aback at first when reading Errant Gods was “Book One.” I may be in the minority here but always found the labeling of any would be series as Book One as the original spoiler of reading journeys. It’s a subservient clause with perhaps a little on the presumptuous side. But rest assured as the plot continues to unfold reading audiences will no question begin to feel a certain bitter sweet sense of sorrow knowing that their exploration is coming to an end. There’s a certain semblance in knowing there will eventually be a follow up, part two.

I particularly enjoyed the Stephen King quote at the beginning stating, from the Dark Tower, “go then…there are other worlds than these.” The line is spoken from character Jake Chambers and provides excellent segue into the fray Vick is going to unleash. And is it another world? Oh, the realm pushes the very boundaries of comprehension and imagination.

A mirror is presented before disabled former policeman, Hank. At first there is nothing noteworthy about the article. Upon closer examination it is revealed the reflection is in actuality a porthole for another dimension, of land, time and space. Fans of fantasy will no doubt be enticed by the otherworldly adventures that boast everything from elves to zombies and everything in between.

As we get to know Hank it is next to impossible not to empathize with his plight. His character development and struggles are highlighted in alternate chapters. A fair amount of exposition is provided in varying pages. In the past we get a bird’s eye view of his pursuit of the Bristol Butchers, a couple with grisly, cannibalistic tendencies. As we flip back to the present we get a firm idea into the psyche of Hank at how he’s driven to not only put a stop to the Bristol Butchers once and for all but to reunite with his missing wife and son. The concept of missing loved ones in peril is horrific in design. Many readers will relate. There is no greater fear than losing the ones we love. Vick has a firm grasp on what will resonate among readers and exploits it to an all new level.

While jumping back and forth from first person point of view to third, exposition and present, Vick keeps the prose moving at an entertaining pace. The very words seep into the imagination and a virtual action reel is released. We can’t wait to see what happens next in Errant Gods.

Errant Gods Blood of Isir is a potential classic in the making and surely will be enjoyed among readers for generations to come. Hints of an inevitable sequel are provided upon the rising plot escalation. Upon the final pages reading audiences will be making their reservation in flight among The Errant Gods 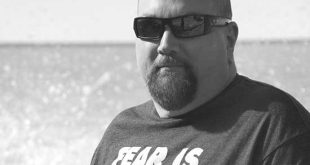