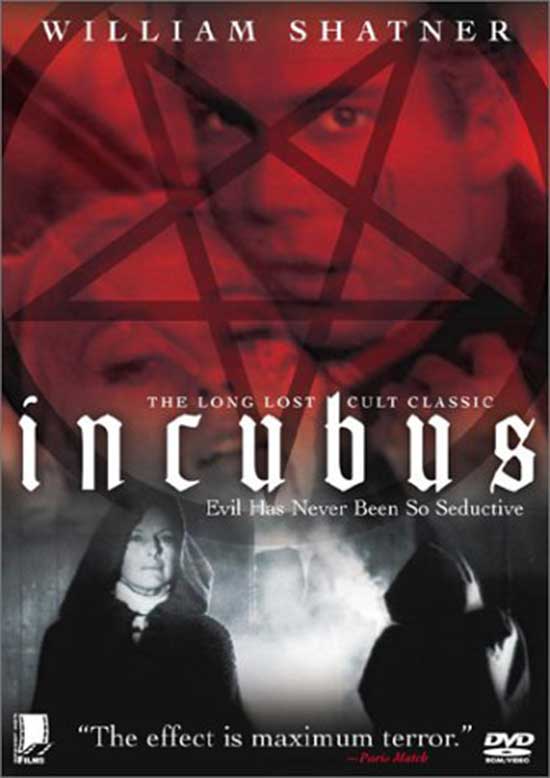 A female demon, or Succubus, is charged with seducing wicked men before sending them to their hellish eternal reward. Tiring of her duties she vows to seduce a man who is pure of heart. She sets her sights on Marc, a heroic ex soldier now living in isolation with his sister Amael. But to accomplish her mission she’ll need some help from her demonic male counterpart – the titular Incubus.

Wouldn’t it be amazing if you could travel anywhere in the world and instantly communicate with its natives using a universally shared second language? Well that almost happened thanks to Polish inventor and twelve-time Nobel Prize nominee L.L. Zamenhof- the creator of the hybrid language Esperanto. His manufactured language was ingenious in its simplicity. After only 150 hours of study you can communicate at the equivalent level of someone who spent 1500 hours studying French. That’s incredible! It’s based on root Slavic languages but sounds a bit like Spanish or Italian when spoken.  He envisioned Esperanto as a worldwide diplomatic language that would simplify communication and ultimately unite mankind. But his noble idea faced many obstacles, largely due to rampant anti Semitism. The world’s foremost anti-Semite Adolph Hitler declared Zamenhof’s language to be part of an imaginary Zionist conspiracy and he marched known Esperanto speakers to concentration camps for extermination. But even history’s greatest monster couldn’t completely crush Zamenhof’s dream, and there are still two million fluent Esperanto speakers scattered across the globe- appropriate for a language whose name literally translates to ‘hope’. Longe vivu Esperanton! 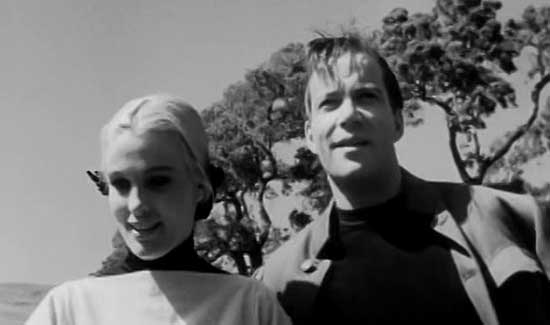 Did I mention that there was even a movie made entirely in Esperanto? It’s titled INCUBUS and stars Canada’s greatest creation since universal health care- William Shatner. Needless to say Shatner and his co-stars weren’t given 150 hours to master the language. Instead they just memorized the words and spoke them phonetically.

Allegedly the producers of Incubus weren’t trying to revive Zamenhof’s language- they just thought it would make the movie sound weird and arty. Commercially it was a strange choice because 1960’s American audiences had an aversion to subtitles and wouldn’t even go see a Fellini movie unless it was dubbed. Clearly Incubus wasn’t intended for drive in audiences, but it remains unclear as to exactly who the target audience was. 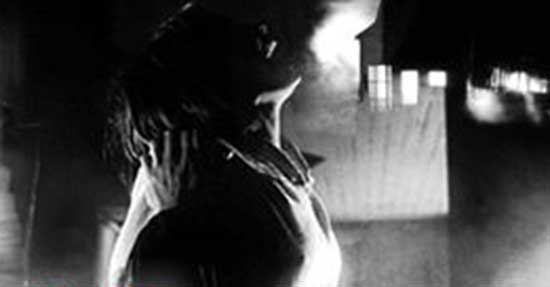 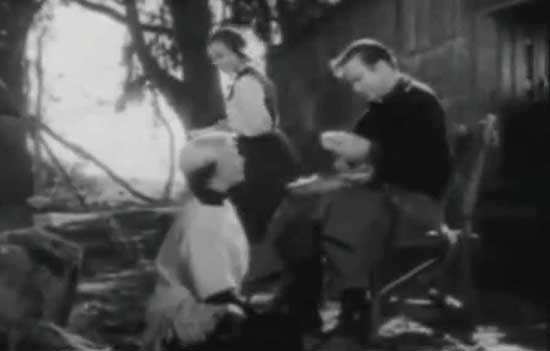 Shatner plays Marc, a heroic veteran of an unnamed war, now living a peaceful, secluded life with his sister Arndis (Ann Atmar). They live in a church near a well renown for its ability to heal and enhance physical beauty. That promise of beautification attracts sinful narcissistic types eager to take a drink. But the beautifying waters also attract demonic females, known as succubi, who seduce those venal visitors before dragging them down to their hellish reward. One succubus named Kia tires of seducing sinners and takes on the challenge of corrupting the virtuous Marc. But his purity is too much for the satanic strumpet and she slinks off seeking revenge. To achieve that she invokes a hunky Incubus played by Milos Milos… seriously, that’s the actor’s name. The Incubus rapes and murders Arndis and then goes after Marc and Kia, leading to a barrage of religious imagery and a fiery climax.

Incubus was the brainchild of producer/director Leslie Stevens, best remembered for creating the groundbreaking series The Outer Limits (1963-1965). After its cancellation he assembled his creative team for Incubus. The film exists in some undefined place and time, leaving one unsure if they’re watching a period piece or just a very isolated modern location. This, in combination with the Esperanto dialogue enhances its off kilter weirdness. Conrad Hall’s (Butch Cassidy and the Sundance Kid, 1969) excellent cinematography enhances the overall strangeness. The locations also help, including an abandoned (or at least under used) church and the rugged Big Sur California scenery. Composer Dominic Frontiere (The Stunt Man, 1980) provides the score mostly recycled from his Outer Limits music cues. 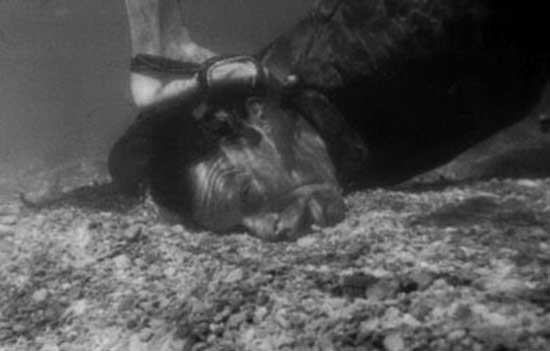 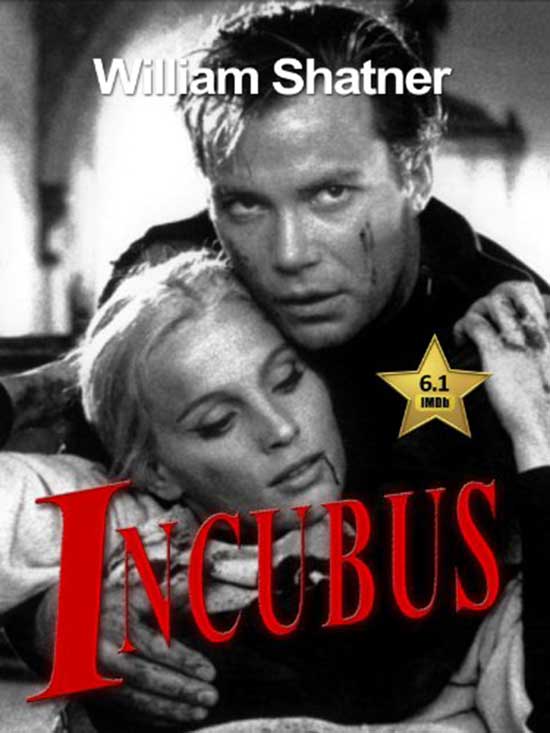 Shatner delivers one of his more restrained performances, likely because he felt uncomfortable performing his dialogue phonetically. Allyson Ames (aka Mrs. Leslie Stevens) is good as the demoness Kia, but it’s strange that this seductress never sheds her long skirt, turtle neck cloak and proto Birkenstock sandals. I mean if a succubus plans to drag you to hell she’d probably have to show more than a little knee to get the job done.

Incubus stands as a noble attempt at bargain basement surrealism and is mandatory viewing for any Shatner completist. The DVD release is taken from the only existing print, with English subtitles hard matted over the permanent French ones. But what really makes this film exciting is the bizarre back-story covered on the commentary tracks. Here’s a taste of Murphy’s Law at work.

First off co-star Ann Atmar committed suicide shortly after shooting completed. It was tragic, but the filmmakers soldiered on. The 1966 San Francisco Film Festival premiere was marred by the presence of about one hundred invited Esperanto speakers. Instead of admiring the experimental film’s bold choice they just laughed uproariously at the actor’s mispronunciations. Shatner took the ridicule to heart and declines to speak the language to this day. FYI Shatner does speak both Metropolitan and Québécois French fluently… so there! This disastrous premiere really took the wind out of director Leslie Stevens’ sails… then things got worse. 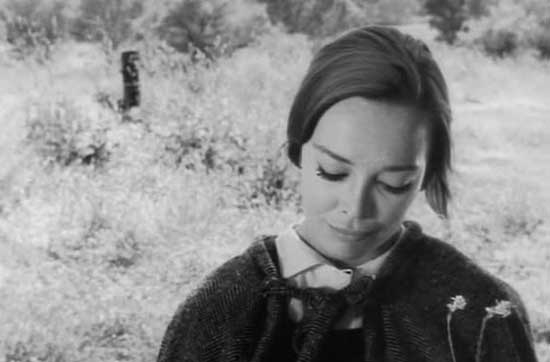 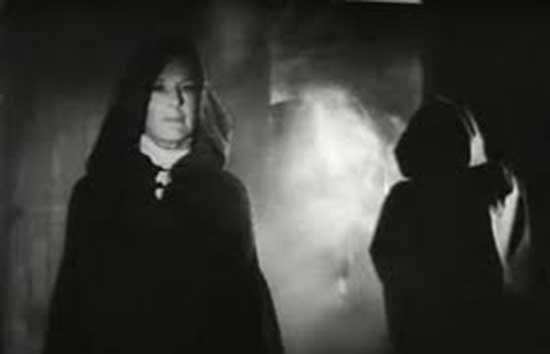 It seems actor Milos Milos was secretly having an affair with actress Carolyn Mitchell – the wife of Hollywood legend Mickey Rooney. For reasons unknown Milos shot Carolyn Mitchell with Rooney’s own pistol, then turned the gun on himself. But many believed that Rooney himself pulled the trigger, despite an inquest clearing him of any charges. The negative fallout from this murder/suicide pretty much consigned Incubus to the cinematic dustbin.

Distribution offers were between slim and none so all of the films prints and negatives were eventually put into storage in one place. Word to the wise – never store all your irreplaceable stuff in a single place. One story says that the storage facility went up in flames, destroying all the film’s elements. Other versions claim that film lab CFI (Consolidated Film Industries) sarcastically known in the industry as Can’t find it, just plain lost everything.  Either way Incubus became a lost footnote in film history until that lone French print was discovered. 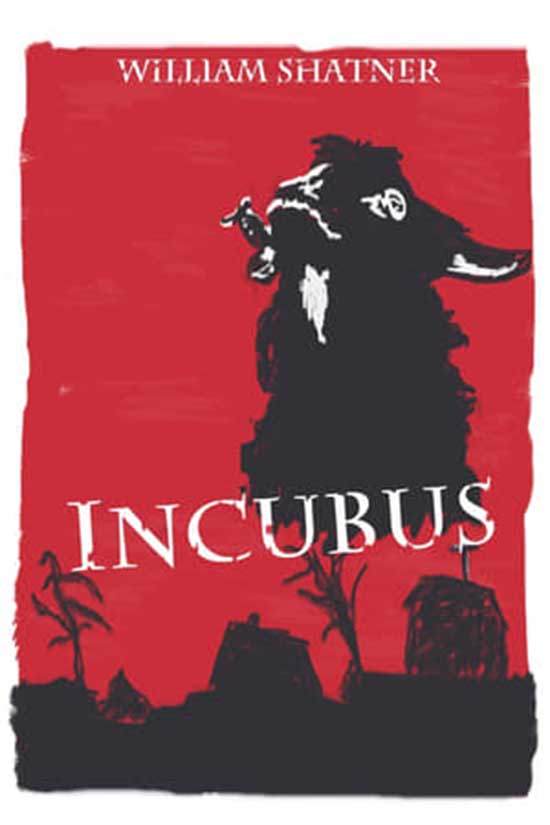