Philadelphia, PA – Two wildly innovative horror films, first screened at Ventana Sur in Buenos Aires, have been acquired for distribution by Artsploitation Films who plan to release them in 2018, first in select film festivals followed by Blu-ray and VOD. 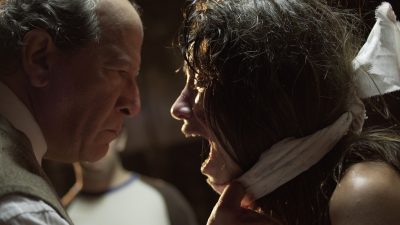 Trauma, directed by Lucio A. Rojas (The Wicked Woods) is a vicious and shocking tale which blends the dark history of 1970s Chile with a modern tale of horror. A boy is traumatized when he and his mother are tortured by the Nazi-like military dictatorship of Pinochet. Decades later a group of women venture to the idyllic countryside for a weekend of fun. But their outing soon turns nightmarish when a man and his son unleash their pent-up rage on them. A film which exposes the horrors of politics with the evil that can lie within the souls of ordinary men. 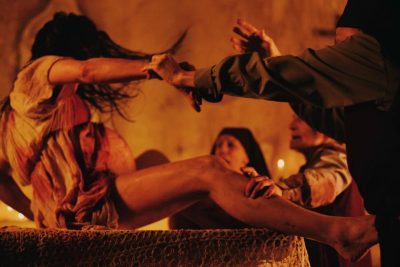 In Luciferina. Argentinean Gonzalo Calzada directs a visually explosive film where religion, innocence, repressed sexuality and evil spectacularly collide. Natalia is a 19-year-old novice who reluctantly returns home to say goodbye to her dying father. But when she meets up with her sister and her friends, she decides instead to travel the jungle in search of mystical plant. There, instead of pleasure, they find a world of Black Masses, strange pregnancies, bloody deaths and for the nun herself, a sexually violent clash with the Devil himself.

“Sex, religion, politics and family are the core themes to these two violent, controversial, visually stunning films. With Luciferina and Trauma the world may not be ready for what South American horror has to offer!” said, Ray Murray of Artsploitation Films.

Additional information can be found at www.artsploitation.com