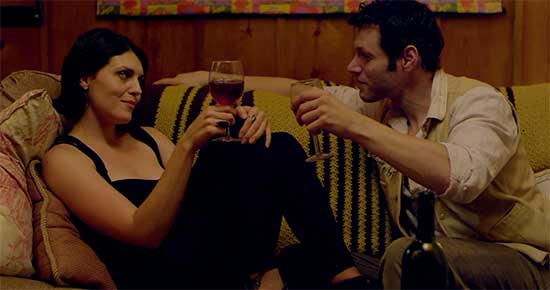 What could go wrong when four estranged friends reunite and spend the night in a remote country house that was once home to a Manson family like cult? In the case of the recently released House of Demons, many things… This is the premise for horror/fantasy feature written/directed by Patrick Meaney that was released last week by Smith Global Media.  The film stars Amber Benson (Buffy the Vampire Slayer), Kaytlin Borgen (Hawaii Five-0), Morgan Peter Brown (Castle, Parks and Recreation), Dove Meir (DIG), Chloe Dykstra (Heroes of Cosplay), Tiffany Smith (DC All Access), Taliesin Jaffe (Critical Role), Whitney Moore (Birdemic) and Jeff Torres (Pitch). Below is an exclusive interview with writer/director Patrick Meaney and one of the film’s stars Kaytlin Borgen.

Patrick, You directed House of Demons, but also wrote it. How did you come up with this premise? Was it based on any personal experiences?

Thankfully it wasn’t based on things that happened to me personally! But I think it’s very concerned with ideas, conflicts and themes that interest me and are very important to me.

The basic idea for the movie came the notion of a house that was a sort of hub in space and time, where times could blur on top of each other, and peoples’ subconscious fears could manifest. I knew we were playing with a limited budget, so keeping to one location would be ideal, but I also wanted to be able to do as much as possible with that location and traverse space, time and the inner realms of the mind.

So, then it became about populating this space with different characters. I love horror, but I also love character drama, and came up with the idea of four friends who had drifted apart reuniting at the house. It felt like a situation ripe with conflict, and I wanted to come up with very different types of people. So, there was Gwen, the cynical aspiring writer, Spencer, the close-minded doctor, Katrina, the reformed party girl and New Age lover, and Matthew, the angry guy struggling to get his life together.

I had also recently read a fascinating book about Charles Manson, which focused a lot on Manson’s almost supernatural power to manipulate people to get what he wanted. So, I thought, what if Manson really did have supernatural abilities? And from there sprung the notion of a cult doing strange experiments with space and time in the 1960s.

Collide those elements together and you get House of Demons.

Kaytlin, Was there anything specific you would do before playing Gwen to get into character?

Putting on her wardrobe and having a bitter point of view towards the world was helpful to getting into character.

Patrick, House of Demons is both fantasy and horror, which is a sub-genre that we don’t see that much of. How did you decide to go down that path instead of a straight horror film?

Many of the horror movies that I love most, like Twin Peaks: Fire Walk With Me or more recently mother! have traditional horror elements, and a lot more. I love all kinds of horror movies, but it’s definitely exciting to see how you can stretch the genre. 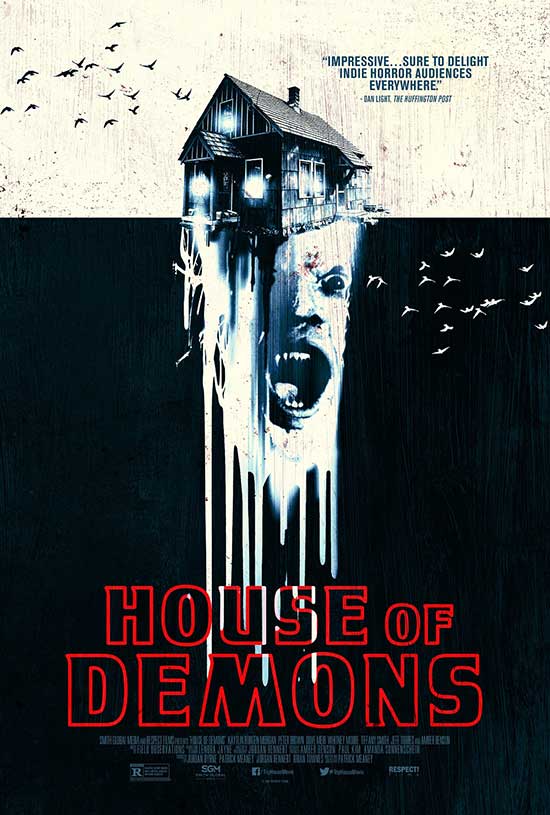 Kaytlin, What initially drew you to this project?

The fact that it was character driven and a little out there.

Patrick, When you were writing the script, did you have specific actors already in mind to play certain characters?

With some of the characters, definitely. I had worked with or met several of the actors on previous projects, so I knew I really wanted Amber Benson to be in the film, and thought she would be great in the role of the hippie Earth mother Maya.

But, a lot of the roles were people we auditioned or met along the way. In the case of Kaytlin, our producer Jordan Byrne, knew her from a play she was in a while back, and when she came in, I knew she’d be perfect for the part.

It was fun to work with a lot of people who are really big fans of comics and sci-fi and horror since they got what we were doing and were excited to be a part of it.

Kaytlin, Was it difficult to decompress after playing a character in an intense film like House of Demons?

Not really on this particular film. The shooting schedule didn’t allow for me to let feelings linger. It felt like the most intense scenes for me were all done in one day and then I had to immediately get over that and move on to the next thing.

Patrick, A lot of the film takes place in a scary old house in the woods. Did anything creepy happen while filming? How did you pick that location?

I was looking all over the place for the right house for filming, and wound up talking to someone I had met doing a documentary who lived in Santa Clarita, a more rural area about an hour outside LA. She had a house that was located in the Angeles National Forest, and when I went up there, I knew it would be an adventure to shoot there, but would be a perfect fit for the film.

The house was located out of cell service range, and the running water broke on the first day of filming, so it was a challenge in that regard.

We were out at night screaming and running around, and never got bothered by anyone, so that was a little creepy, to imagine what would have happened if it wasn’t a movie. And, driving back on those dark roads was certainly spooky, but thankfully nothing too bad happened, and we had fun during the shooting.

Someday, I would love to play a character like Norma Desmond. 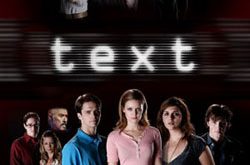