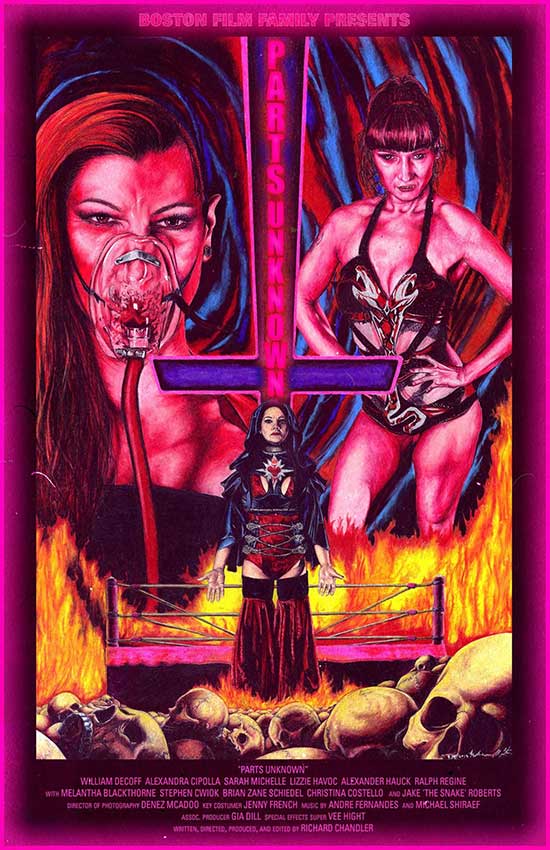 Boston Film Family, LLC, has released the poster for its upcoming feature film, PARTS UNKNOWN. The horror movie is currently in postproduction and is expected to premiere in the spring/summer of 2018.

“I’m very excited over how the movie is coming together,” said writer/producer/director Richard Chandler about his latest endeavor. “It’ll be my most polished movie yet.”

Legendary independent actress Melantha Blackthorne, who had a leading role in Chandler’s feature film GILGAMESH (2014), returns in a smaller role while former pro-wrestler Jake “The Snake” Roberts lends his vocal talents to the movie. Cameos are also provided by the indie tag team The Devil’s Doormen as well as YouTube and podcast personality Brian Zane (of “Wrestling with Wregret” fame). 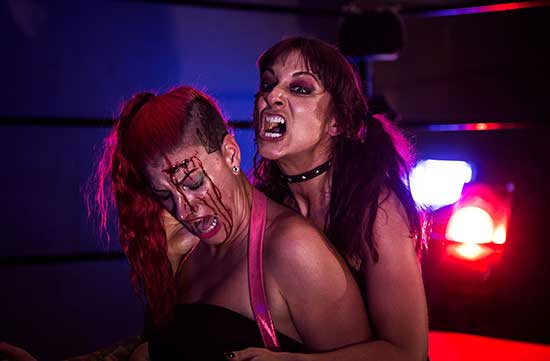 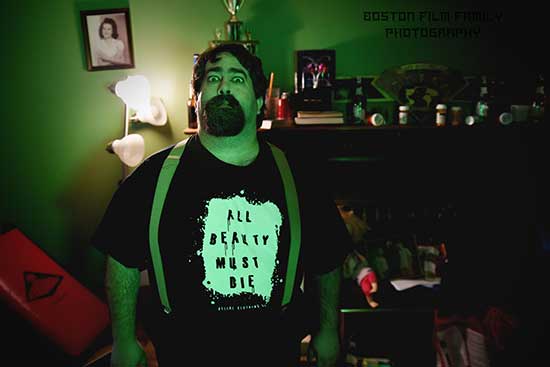 PARTS UNKNOWN is a movie that mixes the horror genre with wrestling. It is the story of how the infamous Von Strasser family, a family of unstable professional wrestlers, seek to violently reclaim their notorious status despite being blackballed by forces within the industry. Chandler promises his fans that PARTS UNKNOWN will contain and even extend his signature use of unusual characters, bizarre scenarios, and stylized violence.

“It’s original,” proudly stated Chandler about his latest movie. “Whether people can get past a smaller budget or not, no one can deny that this hasn’t really been done. It exists in its own world. You can count on me for that.”

Boston Film Family, LLC, is an award-winning Massachusetts-based independent film production company that specializes in the creation of visual horror and grindhouse stories. Its previous works include the featurette WITCH HUNT (2016), the feature film GILGAMESH (2014), and the webseries BOSTON MASSACRE (2012-2013).
www.bostonfilmfamily.com 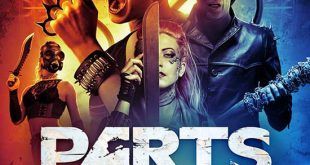