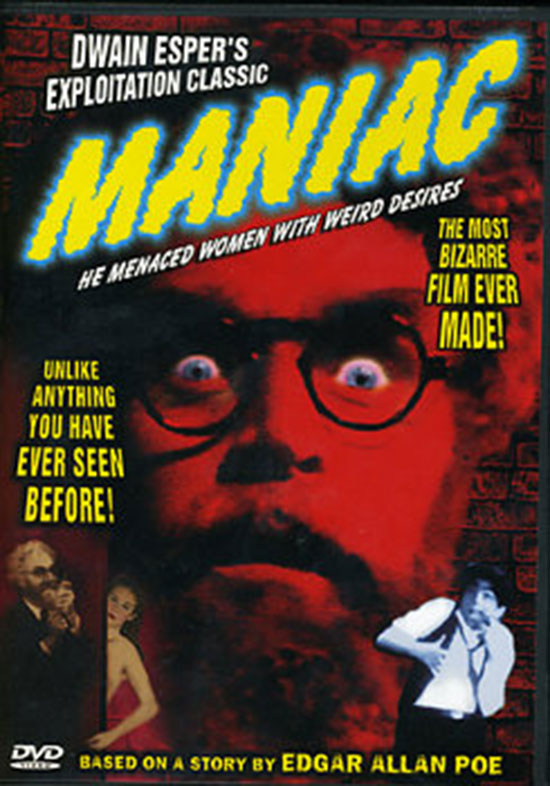 A former vaudevillian gifted at impersonation assists a mad scientist in reanimating corpses and soon goes mad himself.

Maniac was perhaps one of the oddest movies I’ve had to review. It’s an exploitation movie that tries too hard to pretend like it’s something else at times. It’s also perhaps one of the most unhinged things I’ve seen. I don’t mean that it was disturbing or really mentally bent, I mean that the film finds new ways to get even crazier with each scene. It’s not a movie that makes you wonder what the hell is going on and leaves you lost scratching your head, thankfully, but it’s one that makes you wonder what absurdity you’ll be faced with next.

Maniac follows Don Maxwell (William Woods), a former vaudevillian actor who is working for a mad scientist, Dr. Meirschultz. Meirschultz is apparently trying to pull a Frankenstein and bring the dead back to life. However, his plans hit a snag when his assistant fails to steal a corpse from the morgue for the nutcase. In a confrontation between the two men, Don ends up killing the doctor (in his defense, the nut did give him a gun and practically forced the guy to do it). Not wanting to go to prison, Don hides the madman’s body and begins to impersonate him to cover up his crime. However, he himself starts going mad as the pressure and stress or keeping up the charade gets to him. 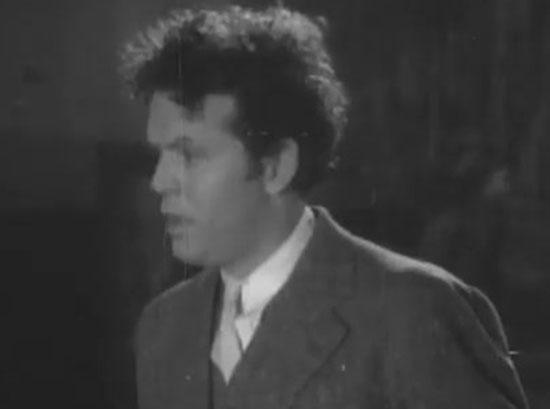 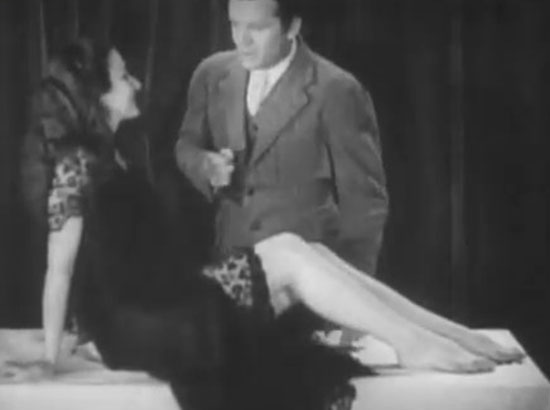 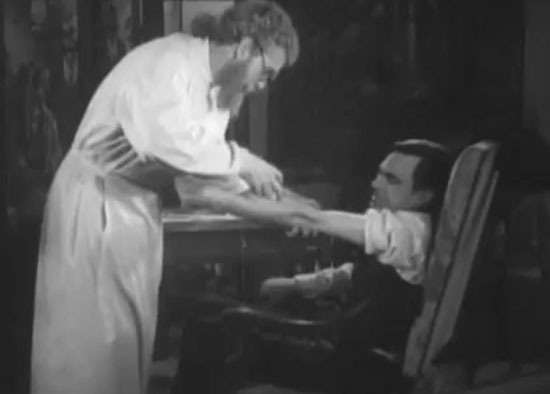 Well, if this movie had a subtitle, it should have been “There’s No Acting Like Overacting”. Seriously, almost every single actor in this film overdoes it to the point that even William Shatner would think they needed to tone it down. It’s not only really bad, but it’s actually kind of entertaining for the first few minutes. It would get tiresome if not for the fact that something berserk or confounding tends to happen to keep things interesting. The best moment of over the top acting comes when the main character while impersonating the mad scientist, is asked to treat a woman’s husband. Not knowing what he’s doing, the idiot accidentally injects the husband with adrenaline instead of the proper medication.

He quickly leaves the fellow unattended, because that’s always a wise idea to do when you’ve just given a person a huge dose of adrenaline, and the man starts to slip into a crazed, manic, frame of mind. He immediately grabs a woman (who was one of Meirshultz’s few success in resurrecting the dead) passing by and escapes the asylum with her in tow. He then rips the woman’s clothes off and rapes her. Before the character absconds with the woman, the actor playing the husband starts contorting his face and howling to show his descent into mania. It’s is so absolutely overdone that it became absolutely hilarious. It was like a living person trying to become a cartoon by twisting his face around. 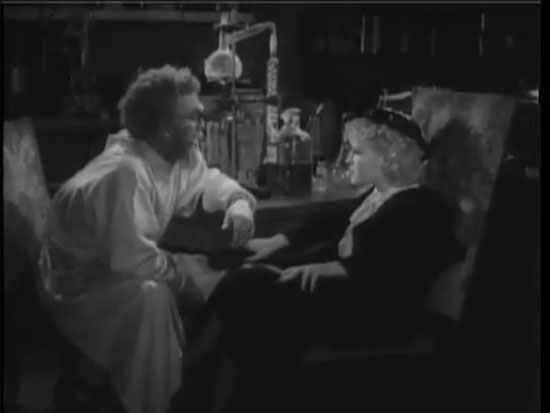 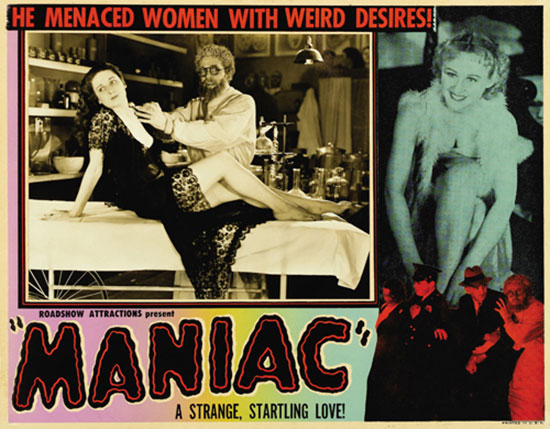 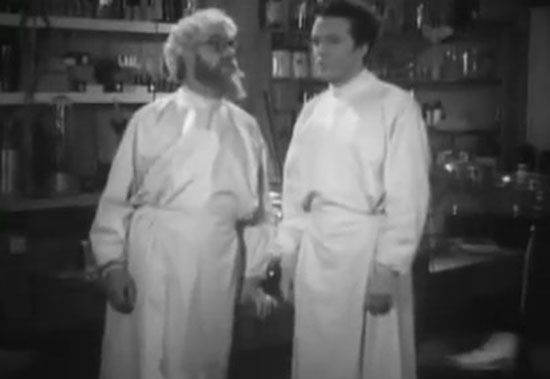 Said maniac also ends up being a great example of one of the movie flaws. The film has a tendency to completely drop subplots are introduce new ones almost randomly. For instance, the fate of the adrenalized madman is almost never mentioned again, as if a lunatic rapist on the loose isn’t really something to worry about. Then another subplot is introduced halfway through that indicates that Don Maxwell actually comes from a well-to-do family and has an estranged wife. There had been no mention of the man’s past previously, so to have it suddenly became a focal point of the story was jarring to say the least. The way plots drop in and out of the story gives everything an almost schizophrenic feel. 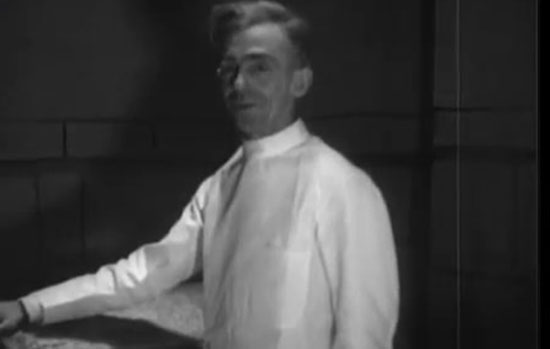 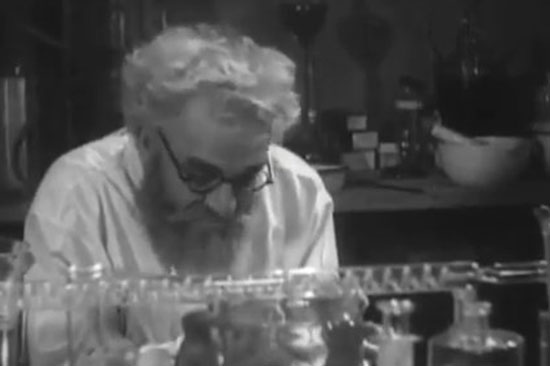 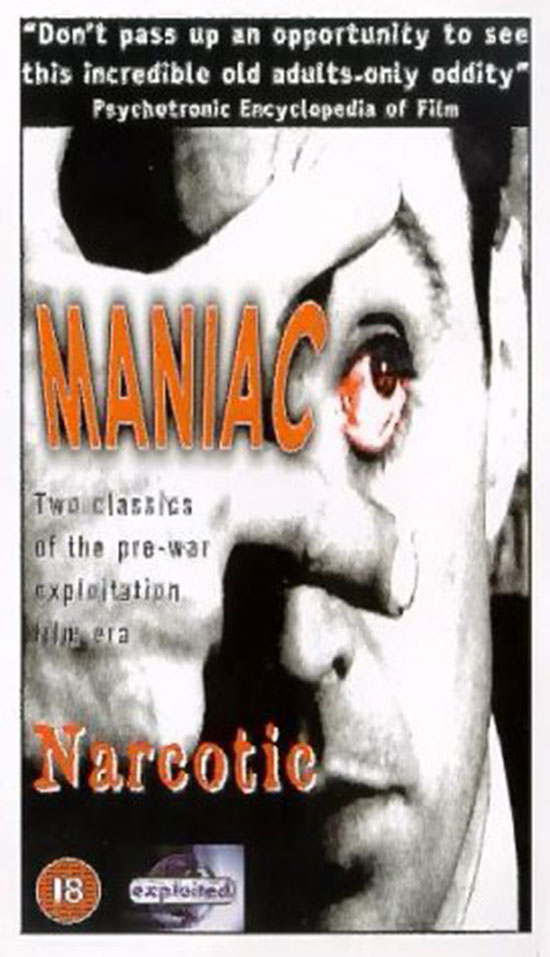 In between each of the movie’s acts, quick blurbs from a psychological journal is put on the screen that’s supposed to describe different forms of mania and psychoses. It as if the filmmakers were trying to give you the impression they’re trying to educate people on the different forms of mental illness and hide the fact that they’re just making an exploitation flick. It’s almost surreal to see this information presented with such seriousness when everything around it is completely absurd. If the people involved were trying to add an air of respectability to this dung heap of a movie, they probably shouldn’t have advertised it with the tagline “He menaced women with his weird desires!”. They also should have actually hired people that could act.

As inept and exploitative as Maniac is, it’s at least never boring. It’s a frenetic descent into absurdity that will keep you guessing at what insane turn the story will take next. It’s also mercifully short, clocking in at under an hour. It’s definitely an experience, to say the least.