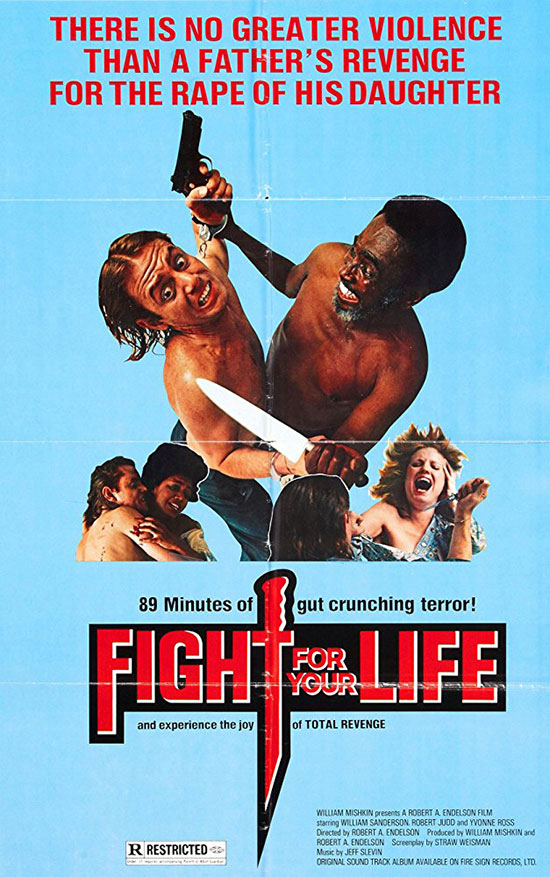 A trio of escaped convicts hold an African American family hostage in their home and subject them to a number of horrible torments.

Back in the early 2000s I was hanging around with a group of guys known as the Brains on Film that had their own public access show and website. These guys were hardcore into the exploitation films of the 70s and they introduced me to a few movies I’d never seen that came out of that decade. One of them was Fight for Your Life (1977) and after they showed it to me I thought that it was quite awesome. I watched it again last night for the first time since I’d originally seen it and thought that it was still a pretty kick ass little flick that holds up quite well. While a lot of viewers out there will find it to be incredibly offensive for a number of reasons that is sort of the point of the movie and I think that it has a pretty powerful message behind it about the ugliness of racism.

The plot is simple enough. A very nice reverend (and his equally nice family) find themselves at the mercy of a trio of escaped convicts that take them hostage and proceed to abuse them mentally, emotionally, and physically. The group is led by the very racist Kane (perfectly played by the always cool William Sanderson) who is just a vile and horrible person in general. 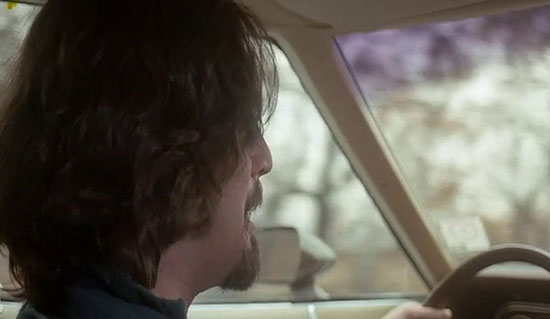 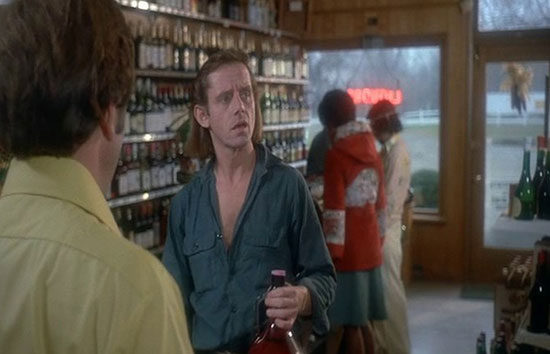 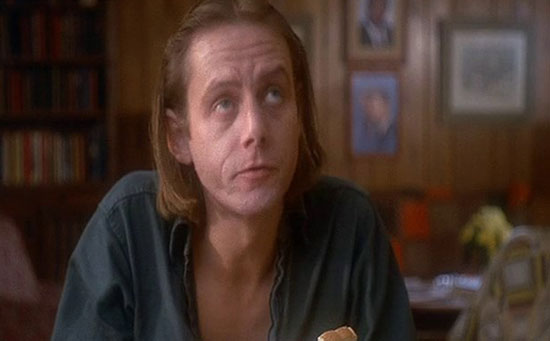 As the hours slowly tick by the family struggles to survive the night as they try to figure out a way to stay alive until help arrives to save them from their captors. There comes a point though, when they’re pushed too far and they decide to take matters into their own hands and show their unwanted guests that they’ve picked the wrong family to mess with. It falls into the same category as other revenge-themed movies such as Last House on the Left and I Spit on your Grave and if you’re like me you’ll find yourself cheering the family on when they finally start to fight back. I don’t want to give anything away but let’s just say that the convicts get what they deserve in the end and it is a lot of fun seeing the tables turned on them.

I thought that the cast was excellent. As I said earlier William Sanderson is great as the film’s main antagonist Kane. He’s such a slimy, hate-filled man that you can’t help but love to hate him. I will warn you though, some of the things that he says are extremely racist and offensive so if you are sensitive of such things you may want to steer clear of this film as every other word out of his mouth is some sort of racial slur.  Still, Sanderson delivers here and makes for one hell of a villain. I also really liked Robert Judd as Ted, the head of the family and the main protagonist. He’s such a likeable character that you hate to see him going through some of the things that happens to him during the course of the film. It’s pretty cool to see him eventually hit his breaking point and fight back to defend his family.

I loved Lela Small as the grandmother of the family as the character is pretty much fearless despite the fact that she is confined to a wheelchair and the bit where she rips into Kane and lets him know exactly what she thinks of him is priceless. Without a doubt though my favorite character is probably Floyd. He’s the youngest member of the family and Reggie Rock Bythewood does an exceptional job of bringing him to life. Even though he is just in middle school he is a tough little guy and like his grandmother he shows no fear when it comes to dealing with the intruders holding him hostage. He is ready to fight back very early on in the movie and even though he isn’t the biggest guy in the world he is more than willing to stand up for himself and his family regardless of the fact that the odds are stacked against him. I thought that everyone that appeared in the movie did a great job and as such the biggest majority of the characters felt realistic as a result. 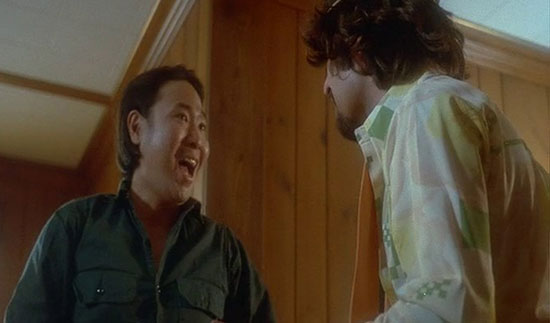 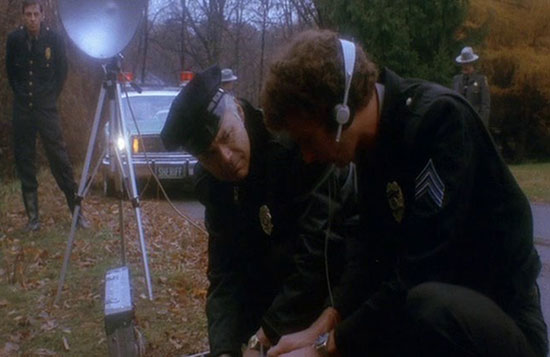 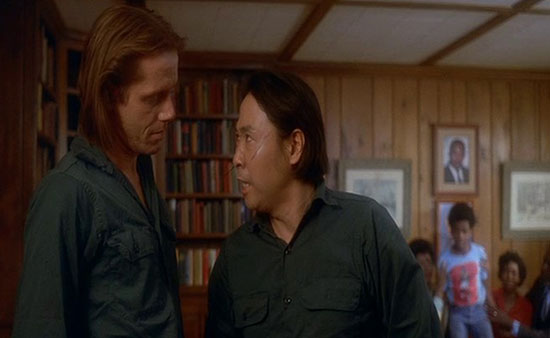 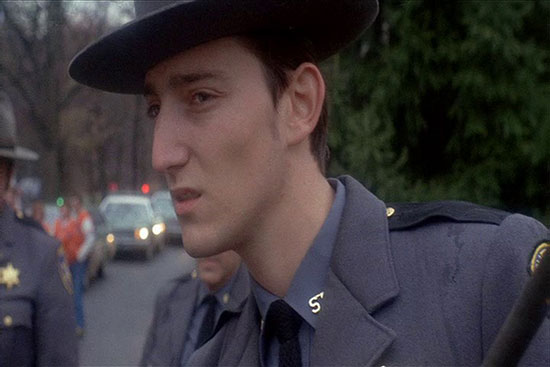 The only downside is that Fight for Your Life isn’t as nearly violent as it should have been. While it isn’t really a horror film I was still expecting a pretty decent body count and some cool death scenes but we really don’t get either. We have some people being shot to death, a kid getting his head bashed in with a rock (which I’ll admit is pretty disturbing though since the kid is pretty young) someone having his nuts blown off with a gun (which is a fun scene), and someone jumping through a window and accidentally impaling himself on a piece of broken glass in the process (which was kind of corny in my opinion). Even the big confrontation between Kane and Ted at the end is disappointing as it doesn’t last very long and there is nothing that special about it.

I was expecting a long, drawn-out, brutal fist fight between the two but it only lasts a few seconds and is quite tame considering (though we do find out why Kane is such a racist A-hole, which is a nice touch). While there are some pretty unsettling and disturbing things that take place during the movie it is relatively bloodless for the most part and as a gore hound I couldn’t help but feel a little let down by this after everything was said and done. 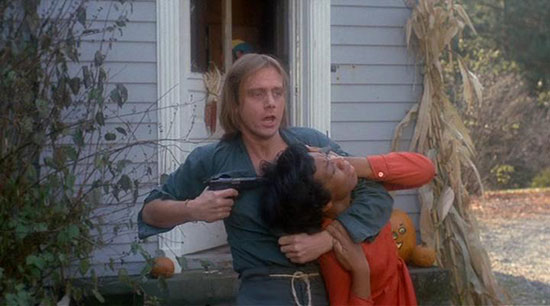 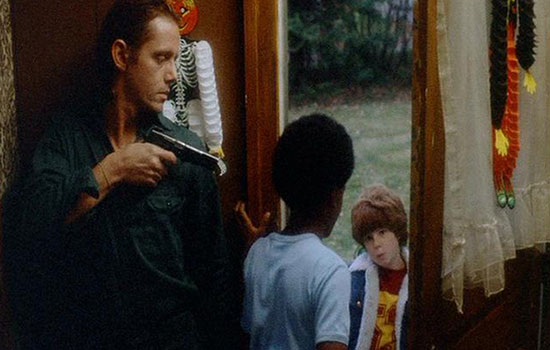 Fight for Your Life is right up there with Sugar Hill as one of the best blaxploitation films of all time. It would never be made into today’s overly politically correct world for a number of reasons and as I said earlier I can see a lot of viewers that watch it now getting extremely offended by it. I think that it is a pretty powerful film though that does have a message and if you’re able to tolerate all the garbage that Kane spews then you will most likely enjoy it for what it is. Check it out if you are a fan of 70s cinema as I think that you will dig it as much as I did.  Yes, it’s trashy, sleazy, and just wrong in a lot of ways, but that is part of what makes it such a good film if you ask me. Give it a shot if it sounds like something you would be into.