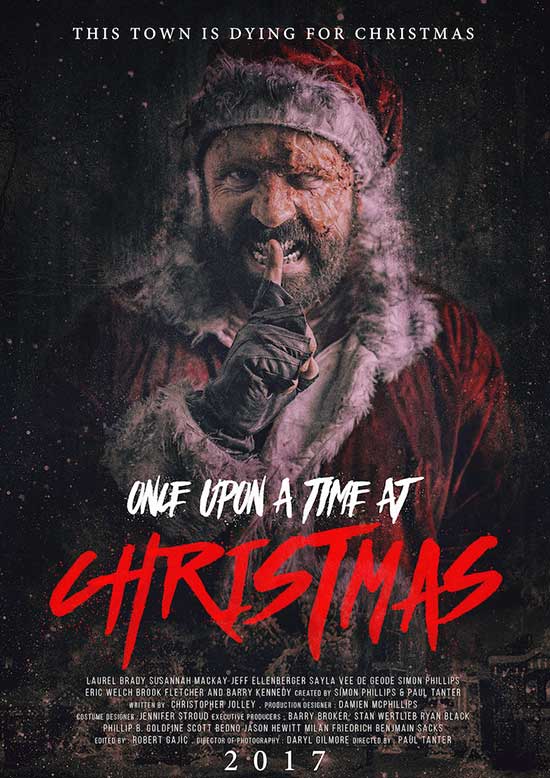 Meet Santa and Mrs. Claus: he’s a one-eyed fiend, she’s a curvy, bat-swinging blonde. This serial-killer couple is terrorizing the holidays in an upstate New York town with a series of horrific homicides. Though the victims seem random — a mall Santa, a smooching couple, an innocent family — high-schooler Jennifer and clever cop Sam begin to unravel the sinister pattern behind the slayings. Can they stop the murders before Christmas comes — and there’s no one left to celebrate?”

Tags ONCE UPON A TIME AT CHRISTMAS