In this contemporary take on a beloved classic set against the landscape of modern-day Los Angeles Victoia Summer plays Lina. The film is produced and directed by Ray Haboush (“The Last House on the Left”) and is being distributed by Halcyon International Pictures.

Miss Summer says the following…
“When I read the script for the first time, I thought how similar I was to the character of Lina Harker in many ways. As I read on, I thought wow, this part is made for me! I came in to audition for the first time during the tail end of callbacks and was offered the role that evening and started shooting a few days later!’ said Summer. “Vampires do seem to be making a comeback lately, excuse the pun, and to land the lead in this classic for me was really exciting.”

Victoria is known to horror fans from her role in “Zombie Diaries” in 2008. She was born in Berkshire, England and is an accomplished singer and dancer, having performed in front of the Queen of England. She currently performs as a singer at various venues in the Los Angeles area 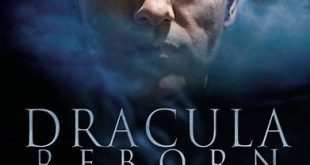