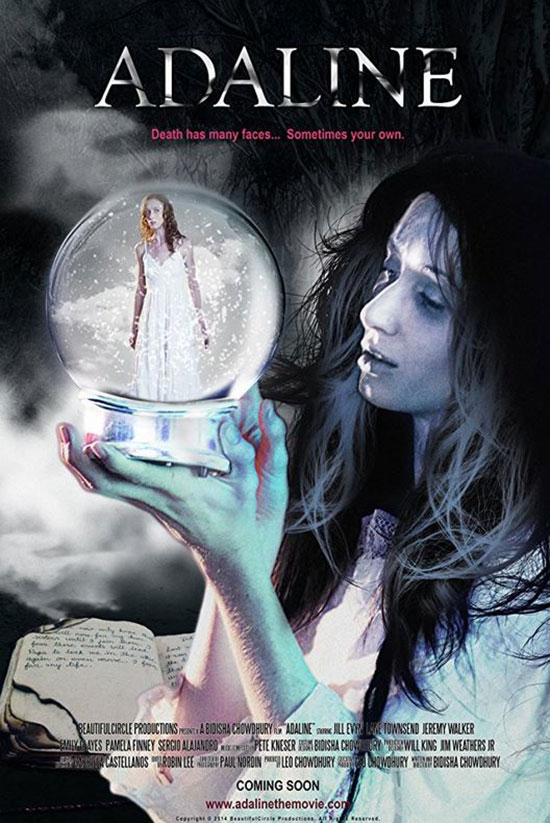 Adaline’s terrifying visions bleed through from the past and become Daniela’s present-day nightmares.

Time for another jaunt into the old-house-with-creepy-past-in-a-small-town territory. I have to admit a certain fondness for this type of material and a reluctance to approaching any new entries in the formula. The former is for the simple fact that even the worst turkeys in this sub-genre (and there are quite a few) generally have at least a sufficiently creepy set design for the titular house. Rarely do you have the focus on a structure that resembles more of Fred Sanford’s junkyard home than Victorian manse. The latter stems from the likelihood, based on past viewing experience, that the trappings (script, direction, performance etc.) surrounding the building set will be, in short, a mess more often than not. It was something of a surprise that my latest view, Adaline, succeeds mostly in raising all of the elements to the same high quality in spite of its limited budget. Doesn’t quite succeed but gets an A+ for the game attempt.

Daniela is a young woman with a whole host of problems. She’s struggling as an artist financially, living with her actress best friend in San Francisco and waiting for her art show big break. She’s also dealing with her psycho ex-boyfriend and contemplating chucking it all and taking an advertising job a family member offered in Ohio. Sorting through a pile of mail she’s yet to open, Daniela comes across a letter from a law firm saying that an aunt of hers that she had little contact with has passed and left her a large house in the small town of San Andreas a few hours north of San Francisco (in Marin County actually).

On settling in, Daniela discovers a diary which tells a story of murder and betrayal in her family’s past. And she finds that the home comes complete with a restless ghost. Disturbing dreams, satanic rituals and a mysterious hunky neighbor with a secret of his own draw our heroine into a nightmare from which there seems to be no escape.

As a bay area resident myself and a fan of many a film that utilizes San Francisco and Northern California locations, I may show a bit of bias when a movie shoots in the city by the bay and surrounding environs. There are just too many gorgeous areas for filming and some perfect isolated and rustic milieus for just this type of chiller. Director Bidisha Chowdhry looks to have used about ninety percent of her budget toward actual location filming and it really helps cover up the small budget limitations.

In fact, aside from a few lighting effects and some camera bits for the flashback scenes, there are no costly visuals to soak up the bulk of the tiny cash reserves for this indie. Chowdhry seems to be taking a page from the M. Night Shyamalan playbook. If you’re doing a horror or fantasy picture that has any potential for silliness, make your primary use of whatever funds you have access to to making the movie look good. A glossy coat makes for a nice distraction from the nonsensical plot. The set design for the interior of the home used is impeccable down to the slightly weathered stain on the staircase railing. It appears to be obvious that the home is an existing one that was rented for filming. Still, not a single chair, antique or table top piece seems to be out of place within its walls. Adding to it, Chowdhry storyboards in such a way that every room is presented as having its own little tale to tell of the inhabitants who once resided there. This, in itself, lends a creepiness to events when you see the violent acts that took place within its walls.

In cinema entries such as this, one area that reviewers look immediately to for any potential problems is concerning the script. While I found the plot to be easily well-worn and predictable, I really had to chalk that up as much to my having seen a huge number of movies of this type as to any lack of imagination by Chowdhry (here serving dually as both writer and helmer). And, while the script is standard to form, it does refreshingly abstain mostly from any truly silly dialogue and clunky narrative structure (stock hallmarks of bad writing), and Chowdhry is able to shade some of the characters with backstory and depth. Notice the use of the word some and not all. Chowdhry definitely shows signs of her writing having a high upside but still a work in progress.

The biggest flaw and point of detraction for me in Adaline came mainly in the very mixed bag of performances by the unknown cast. While I found Jill Evyn quietly convincing and exuding a certain charm as Daniela, Emily Claeys’ deliberate, pause-heavy line readings as the best friend were tiresome and her work comes off ultimately as just a mite amateurish.

Lane Townsend as the neighbor John fares little better, completely lacking in energy and walking in stone-faced indifference throughout his scenes. Townsend does have a physical appeal in the male model variety and that may’ve gone far toward his casting here. Of the supporting cast, really, only Jeremy Walker shines as a local mentally-challenged young man named Marvin, whom Daniela befriends. In truth, he brought fond recollections from me of Giovanni Ribisi in The Other Sister from 1999 and Leonardo DiCaprio’s turn in What’s Eating Gilbert Grape? Walker manages just the right acting tics, facial expressions and movements to make a convincing interpretation of someone who is otherwise-abled and conveys a real sweetness that reaches to the audience. You end up rooting for him without even thinking much about it.

If you’re in the mood for the familiar ghost story centering around the typical spooky, decrepit mansion with the dark past, only added with a few new twists and a splash or two of modern paint, check out Adaline, an independent that escapes its financial trappings to become a nimble, well-upholstered chiller just ripe for late-night viewing. 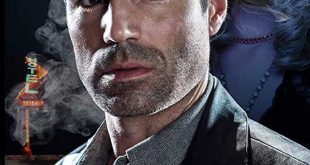 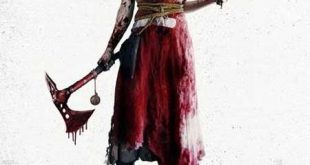