MISCAST tells the story of office worker May (Daniels) caught in a battle between good and evil when her new co-worker (Bee) reveals herself as a real witch after turning their office Halloween party into a bloodbath with a deadly spell.

Daniels shares, “The project came about due to a chance meeting between myself and Matt (Katzenberger). He offered to write something for me and Miscast is the result of that elevator ride.”

The film delivers a deadly clash, sprinkled with gore, humor, and magic, while presenting ‘miscast’ themes: feelings of not fitting in, the difficulty of finding true friendship, empathy vs. selfishness, what it means to be good, bad, and all the grey areas in between.

For more about MISCAST at SHRIEKFEST visit: www.shriekfest.com/entries/2017/miscast

Keep up with MISCAST at: www.facebook.com/MiscastTheMovie 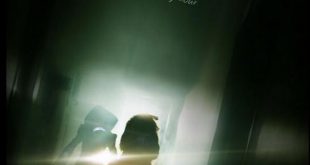