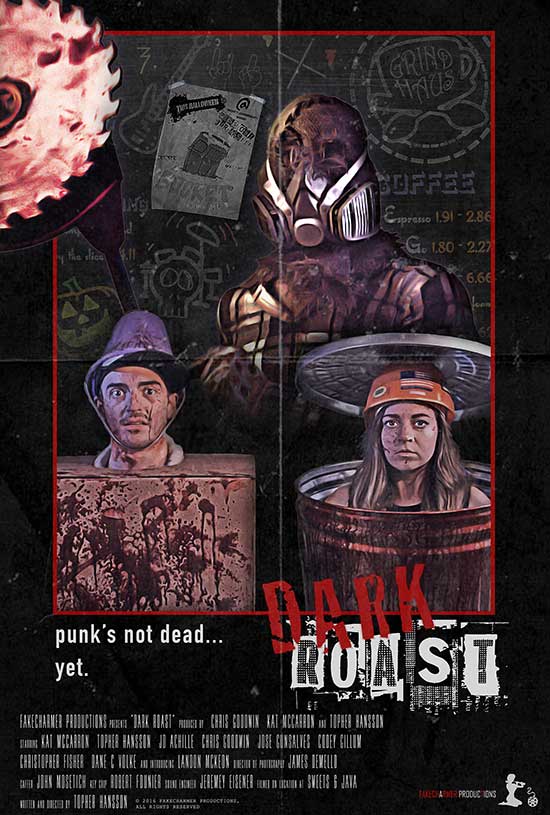 Like Green Room meets Tucker & Dale vs. Evil, Dark Roast is a blood-splattered horror-comedy of errors with a punk rock ethos. Fakecharmer Productions is proud to present the official trailer and poster for the short film.
It’s Halloween night, and Vanessa and Nathan, members of the punk band Piss Bucket, have their biggest show yet lined up. This could be just the ticket they need to leave their routine existence behind. All they need to do to make the show is kill time until the end of their shift serving coffee behind the counter of the Grind Haus. But when bodies start to drop and threatening phone calls from a psychopathic killer pour in they soon realize time isn’t the only thing being killed. To escape their mundane lives slinging coffee they’ll need to escape alive first.

Dark Roast is written and directed by Topher Hansson, an up-and-coming multi-hyphenate who also stars in the film alongside Kati McCarron, J.D. Achille, Chris Goodwin, Jose Guns Alves, Codey Gillum, Chris Fisher, and Dane C. Volke.
The project was borne out of frustration. Being trapped at a mundane desk job inspired Hansson to write characters looking to escape death, both literally and figuratively. Dark Roast was initially conceived as a feature film but was condescend into a short due to the limited resources available. Hansson plans to use Dark Roast as a calling card in the hopes of producing the full feature. He explains, “The tone and premise reflect what the eventual feature will bring, in addition to more story, more heart, and much more blood.”
Additional festival screenings are in the works, so be sure to follow Dark Roast on Facebook for updates.
Share 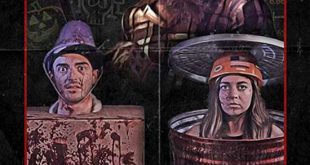