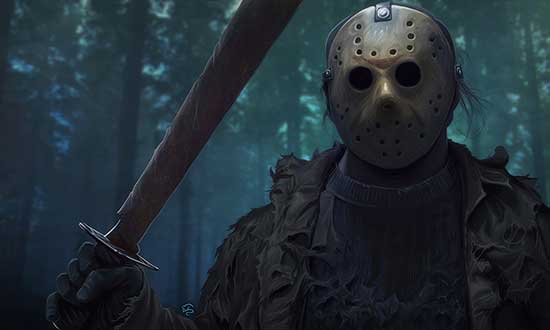 When one thinks about horror franchises, Friday the 13th will never stray far from the path of classic terror.  While Jason Voorhees is known for his high death count and bloodthirsty machete, there are some facts that still surprise moviegoers about one of our favorite masked killer years later.

The creator of Jason, Victor Miller, initially named the character after his son Josh.  Now, considering the word ‘josh’ means to kid or joke, it makes sense that it wouldn’t be appropriate for a guy who crawls out of Crystal Lake ready to murder camp counselors with a machete. It also may or may not be a coincidence that there are 13 letters in his full name.

According to HouseofNames.com, the last name Vorhees “was first found in Holland, where the name became noted for its many branches in the region, each house acquiring a status and influence which was envied by the princes of the region.” Other notable Voorhees include Daniel S Voorhees, who confessed to the murder of Elizabeth Short (regarding the notorious “Black Dahlia” case) in 1947 and Debi Sue Voorhees, the Playboy model and actress who appeared in Friday The 13th Part V: A New Beginning. 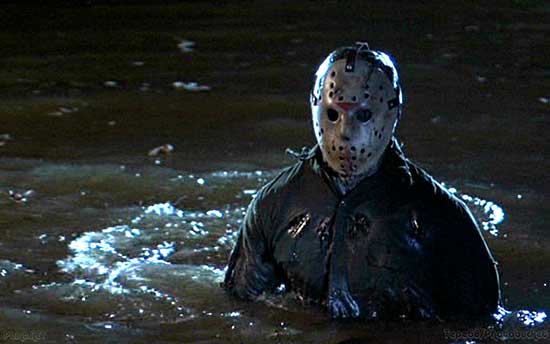 Underneath his mask, Jason is disturbingly disfigured and became gradually decayed as the series progresses. However, that was not the initial intentional direction for his appearance. Until special effects guru, Tom Savini, came on board, Jason was a simple kid with indistinguishable characteristics. Ultimately, financier Philip Scuderi wanted more depth to the character so he brought in screenwriter Ron Kurz to adapt the storyline accordingly.

In Friday the 13th comics, Jason’s dad is revealed as Elias Voorhees. He is depicted as a six foot, 200 pound alcoholic who regularly beat Jason’s mother while she was pregnant. Naturally, Pamela got revenge by hacking his father to death and burned the subsequent evidence.  Take note, fellas.

We’ve all seen the epic 2003 cinematic showdown between our glove and machete slinging friends but back in the 90’s, there was a crossover in the comics between Leatherface and Jason.  In the comics, Jason catches a train to Texas because his beloved Crystal Lake became polluted with toxic waste where then he meets his new homie, Leatherface.  Once Leatherface introduces him to his family, shit naturally goes down.

Jason received a Lifetime Achievement Award at the 1992  MTV Movie Awards despite not appearing on camera since 1988 when he took Manhattan in Friday The 13th Part VIII. Oddly enough, he was wearing a tuxedo and the guy behind the mask was Jon Lovtiz. The whole thing was strange and I’m not going to even go into the montage alongside a random U2 song. 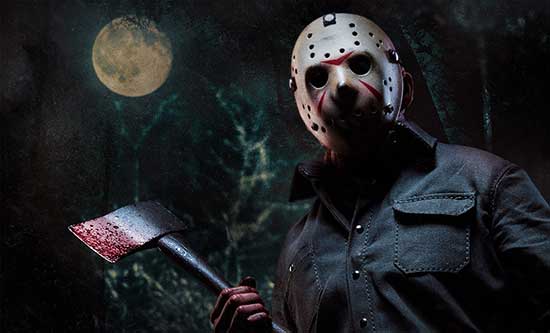 In 2005, 1166 Americans completed a survey conducted by California State University’s Media Psychology Lab “exploring choices for a favorite movie monster and reasons why a monster chosen was their favourite.” The population included ages 16 to 91, and of the 10 monsters used in the survey – which also included Dracula, Chucky, Hannibal Lector, and Godzilla – Jason received the highest scores in each category involving killing variables. The results yielded “Considering that his body count does not compare with those of Godzilla or the creature from Alien, it is an impressive accomplishment to be effectively anointed the King of Killers. Jason’s audience appeal among movie monsters is further abetted by his immortality, his apparent enjoyment of killing and by his superhuman strength.” Throughout the franchise, his total kill count amounted to 148.

The umpire mask was dropped because of the time it would take to create the visible portion of Jason’s deformed face. Instead, a hockey mask was used because it successfully covered the entire face.

Almost every ‘final girl’ in the Friday franchise has been blonde or some deviation of a blonde.

Kane Hodder is the longest running actor who portrayed Jason. He sported the mask from Friday The 13th Part VII through Jason X. 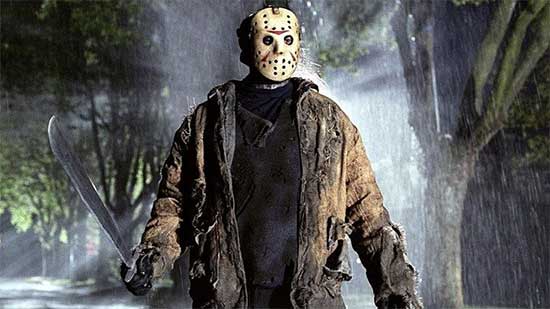