Indie psycho thriller “Iron Doors 3D” will premiere on Friday, October 1st as part of the 3DFF Hollywood at the Los Angeles Film School (LAFS) located in the heart of the stunningly redesigned Sunset and Vine district of Hollywood, it was announced today in a joint statement by San Diego-based 3D Production studio PassmoreLab and Fullfeedback Productions of Germany.

The 80-minute feature was directed by Stephen Manuel and stars Axel Wedekind.  PassmoreLab handled all aspects of 3D production out of San Diego.

“I had a good feeling about this film,” said Greg Passmore, president of PassmoreLab.  “It captured my imagination from the start, and it has quite an unusual approach to the conventional what’s-behind-that-freaky-door fright flick.  I knew this deviant, claustrophobic story would translate well into 3D.”

The film is a twisted tale of one man’s intense struggle to free himself from inside a menacing locked vault.  He must escape before he dies of dehydration, and is only companions are a locked steel cabinet, a swarm of flies, and a dead rat.  He has no idea how he got in the vault.  Or how to get out.

Using RED camera technology, the film was shot in sequence in just ten days.  Wedekind’s role called for his character to go without food and water for days, so he took the method approach to his acting.  His daily diet consisted of an apple in the morning and a small piece of chicken at night, with nothing in between.  He limited himself to drinking only half a litre of water each day, getting very close to actual dehydration.  In order to appear gaunt and overtired, he constantly did pushups in between takes.  After the 10 days of production, he had lost 15 lbs.

“This project is not just another horror film, and I can tell you I gave it everything I had,” said Axel Wedekind.  “It’s scary, creepy and even funny at times, with deeper layers of meaning hidden just beneath the surface of the action on the screen.  Definitely expect the unexpected.“

The World Premiere of “Iron Doors 3D” will take place at the Los Angeles Film School in Hollywood on Friday, October 1st at 5pm, as part of the 3DFF Hollywood, with a full red carpet press event screening and film market for distributors. 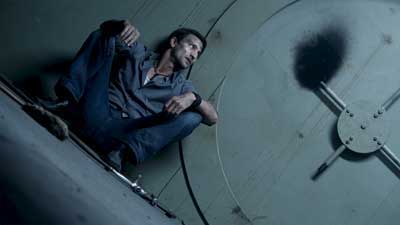 “We are thrilled to hold the World Premiere of “Iron Doors 3D” at a facility dedicated to aspiring filmmakers,” said Steve Glum, PassmoreLab’s head of Branding & Distribution.  “We are delighted to be a part of the 3DFF Hollywood, and we are eager to showcase this film to the industry.”

“Iron Doors 3D” is the first collaboration between PassmoreLab and Fullfeedback Productions.  Jinga Films of England is the film’s sales agent.  The film’s European premiere will be held six days later at the Raindance Film Festival (www.raindance.co.uk) in London, England. 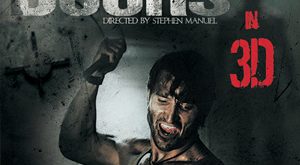