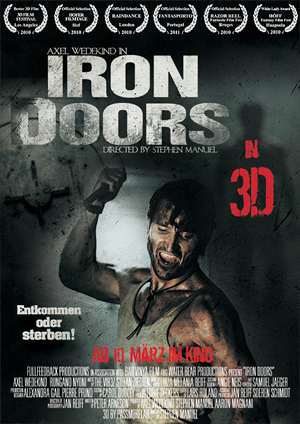 A man wakes up in a barren vault, alone and without any recollection of how or when he ended up in his new, unfamiliar surroundings. With only a flickering fluorescent light and a locked steel cabinet, he struggles to come to grips with the dangers that now threaten his life. He faces starvation and madness as no one hears his screams and pleas for release. Cunning, ingenuity and hidden clues are his only chance for survival, his only chance to escape the Iron Doors.

From Germany comes a distant cousin to the original Saw film – except this one is more cerebral and less gory. Iron Doors 3D from director Stephen Manual and writer Peter Arneson is a tightly written, precisely focused psychological thriller that explores the sanity, determination, spirit and will of a man locked away to ponder his fate. The cast is minimal: Axel Wedenkind stars as the man trapped behind the Iron Doors and Rungan Nyoni co-stars as a fellow prisoner hidden behind the cell walls.  The acting is top notch, engrossing and captivating. The plot is thin spending ample amount of time on the prisoner, his deteriorating psyche and the walls that slowly close in on him. The production is excellent and the film looks spectacular with rich hues, detailed shadows and brilliant lighting. Viewed on DVD in 2D, the film was originally released in 3D winning numerous awards, including top 3D film honors at the 2010 3D Film Festival in Los Angeles. The conclusion lacks the amount of reward most may desire for investing 80 minutes of their lives; however, the film manages to entice and challenge the viewer during its run time. 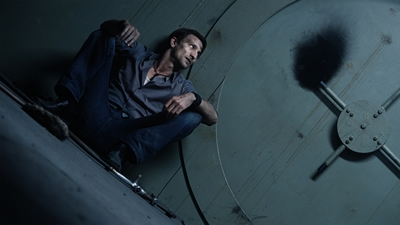 Axel Wedenkind carries the film on his shoulders alone. The majority of the film is focused on his character and nothing else. It’s his dialog, his emotions, his psyche that drives the film and Wedenkind is superb in his performance. He is captivating and arresting to watch. He deteriorates with a styled grace that makes his character stronger with each passing moment. His only co-star, Rungan Nyoni, isn’t introduced until nearly the halfway mark and when they finally meet, they don’t speak the same language. At first fearing each other and their intentions, they begin to gradually form a bond as they continue to search for escape. Nyoni plays her character with equal drive and intelligence. And they work well off each other with a natural chemistry and rapport. If nothing else, Iron Doors 3D is well cast. 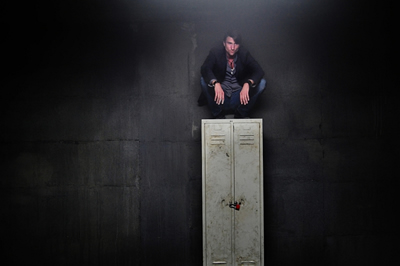 Iron Doors 3D has an intriguing idea at its base – one that is very similar to the opening of first Saw film. This film is more focused, providing a single protagonist to follow during his adventure. There are shared elements with hidden clues, tools, minimal supplies and little chance of escape, but Iron Doors 3D manages to delve deeper into the mind of those trapped in the cell. The dialog is broken between talking out loud, at both the unseen captors and later to himself, and inner dialog where his mind slowly begins to slip as he slowly succumbs to malnutrition and exhaustion. It’s an intense character study where the character is only allowed to define himself in how he reacts to his unexplained imprisonment and the challenges he faces. He defines his personality, his morals, his views and his intelligence. It’s this unraveling of his character that keeps the film from collapsing on itself. 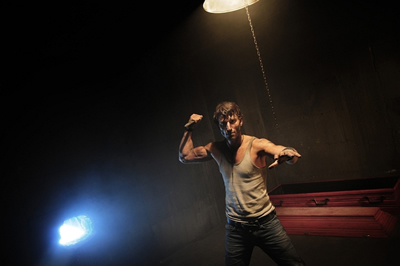 The looks great with fantastic closeups and well staged scenes, especially considering the confining locations and limited options for different points of view. The cinematography is brilliant, providing stunning lighting and clear, focused shots. The viewer is drawn into the cell and the film allows them to experience the events right along side the lone prisoner. There’s very little showmanship or bizarre camera angles, the film is shot very straightforward and direct – this works to the film’s advantage. It relies on tone, lighting, closeups and framing to illustrate the story. It’s an extraordinarily restrained approach that creates a very claustrophobic, unhinged edge to the film which pays off toward the conclusion. 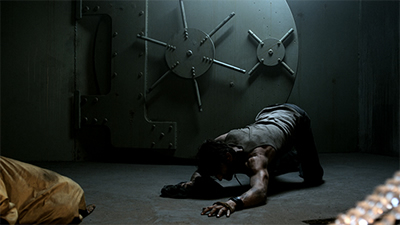 Iron Doors 3D appears to have a lot to say but is very ambiguous about its message and intent. The twist conclusion only baffles the film further and, perhaps, for the better. As a character study, it is brilliant and focused. The acting is magnetic and the characters are fascinating. While the plot and pacing drags from time to time, the execution is excellent and the film is hypnotic. The film is about the human spirit, the determination to survive and the necessity and desire for companionship all wrapped up in a tight mystery thriller. Iron Doors 3D is well worth the effort to seek out. 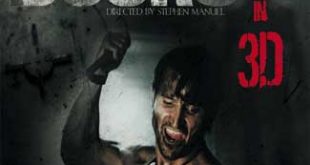