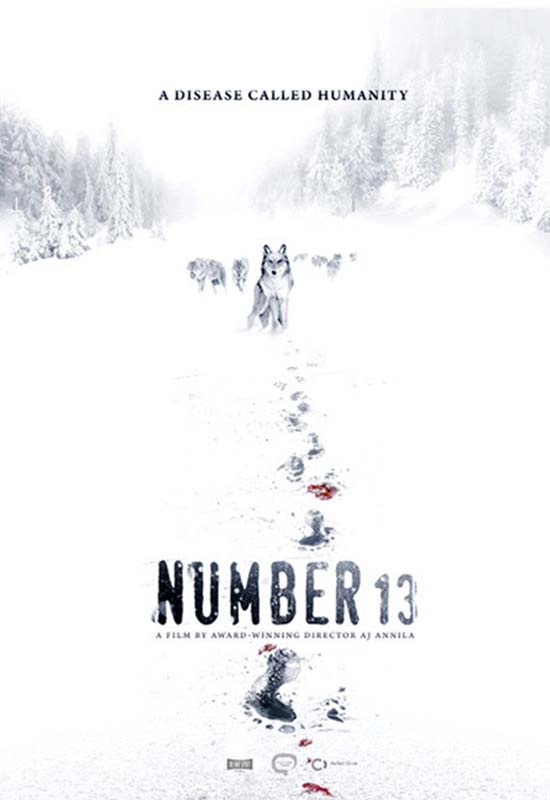 Northern Canada, the dead of winter, and some scientists studying a wolf pack dynamics try to anesthetize and tag a wolf. The wolf awakes prematurely and attacks, but the trapped scientist bites first. This bitten wolf is infected with a disease called ‘humanity’. As the moonlight rises, this wolf is changing. When wolves chase a naked and bloody man into their camp, the scientists are shocked. This stranger can’t talk, is lost and is freezing, but from where? The first taste of danger enters the camp when the pack of wolves reappears, now fearless. Before this full moon sets, the humans will learn both the true nature of the stranger and of their own “pack dynamics”. More importantly, they will learn the true difference between wolves and humanity — the ability to lie.