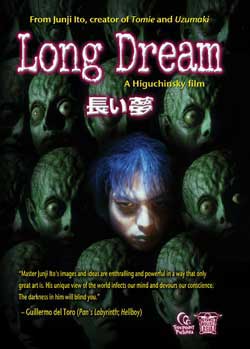 Strange things lurk in dreams. For Mukoda Tetsurou and the doctors tending to him, things have begun to get stranger as Mukoda begins having longer and longer dreams every night. Can one dream infinity in the span of a night?

While the film itself is just under 60 minutes due to it being a previous TV special turned DVD, the base of “Long Dream” is a well written piece of cinema. The writers took on a subject that I haven’t seen really explored before. The subject being that of dreams and time. In this case, the question explored is what if you went to sleep and imagined that you had been asleep in a dream world for 1 year, 10 years, or 100 years? Are dreams really connected with time the way they are in the waking world or could something actually cause you to age, progress and live a life in the span of a nights sleep.

Our story take place at a hospital where 2 patients are under observation suffering from sever paranoia. The doctors investigating the cases are Dr Takeshima and Dr. Kuroda. Takeshima has taken a special interest in patient Tetsuro who is scared of sleeping. The reason for this is when he sleeps time passes. It begins more gradually with a day , then a week, then a year. Each time he awakes a longer period of time has passed which they are calling a “long dream”. The incident would be left as is if it weren’t also for the unique changes that are occurring when he awakes. Tetsuro is showing signs of aging over long periods. Rather than aging specifically it is more closer to evolvement. His speech patterns contain intonations that occur over centuries and his physical features are evolving into a new race of species. This transformation is really an interpretation of what man could evolve into after centuries past and strangely starts taking on the form of what we perceive Aliens to look like.

The greatest threat to him is what if he falls asleep and dreams over an eternity in his dream world, what would happen tp him then? We do get to see the results of that very question and the idea itself is very intriguing for a film. Long Dream is a horror film, but it also combines scifi and spirituality. The graphic content is pretty limited to just transformations with very little in the way of killing scenes, which is fine because the strength here is in the content and the possibilities it holds. Performances were nicely done and part of the reason why this piece works. Director Higuchinsky is widely known for his acute ability to combine the strange and thought provoking as seen in his other film Uzamaki. Being that this was originally created for TV, I’m willing to bet the piece could be even more startling with a bigger budget to support it.

The other patient Mami suffers from fear of dying. Somehow she becomes infected with the same ailment that Tetsuro suffered from and begins the process. Though there is more at play than just the outcomes of the 2 patients.

Dr. Kuroda who lost his girlfriend Kana a while back wishes to spend his time in a dream state as to revisit her in the dreamland much the same way as his patients. This element of time is too much for him to resist as he frequents hallucinations of his former companion. He discovers that he is able to catch the ailment from a crystallized substance left behind.

What really works for this tale is its unique storyline backed by some pretty cool makeup work. The idea of time displacement in dream state is a territory that I think can be taken further for other filmmakers to pursue. It also pays a special homage to the quantum idea of what is reality and what is an alternate reality to a mind that believes it.

The film does end on a plot surprise which makes the experience all that much better. Of course a strong concept always has room to grow and its good to see some origininality placed back into a product to get us thinking a bit in return. 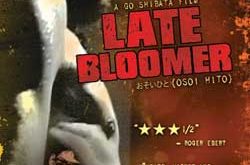