March 28th, 2017 – Every horror and cult movie fan who came of age in the 1980s still speaks in hushed tones about the late, great Empire Pictures. Founded by producer and director Charles Band in 1983, the fabled studio and distributor was responsible for a tidal wave of amazing, imaginative and profitable horror, science fiction and fantasy films many of which have become definitive works and high water marks of their respective genres.

And though Band moved on in the early 1990s to form Full Moon Features – which is still operating successfully today – the wild movies he made during the Empire years continues to loom large.

Now, as a gift to the legion of rabid Empire fans out there, Band and Full Moon (in collusion with Shout! Factory) will release The Empire Pictures Blu-ray Collection, a massive LIMITED EDITION collection (only 600 are being produced) featuring 18 films on 15 discs packaged in a stunning, sturdy and elegant black collectors box adorned with a GOREgeous collage of original Empire poster art. Inside there will be an exclusive 24 page book with writing from Band, Empire of the B’s author Dave Jay and Delirium editor Chris Alexander. Each set will be numbered and signed by Charles Band.

Classic Empire films included in this set are:

The Empire Pictures Blu-ray Collection ($250 US per unit) will be officially released on May 5th with a pre-sale going live on April 28th at www.FullMoonDirect.com. These units will not be sold in stores and can only be purchased at www.FullMoonDirect.com.  Select units will be available at fan conventions across the U.S. where the Full Moon crew is scheduled to appear and vend.

For more on The Empire Pictures Blu-ray Collection contact: chris@fullmoonfeatures.com

Charles Band is available for interviews.

Be sure to check out the Full Moon Amazon channel for all your crazy movie needs. 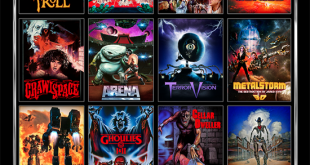 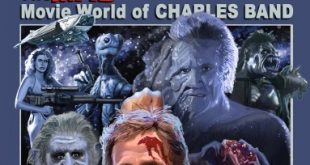