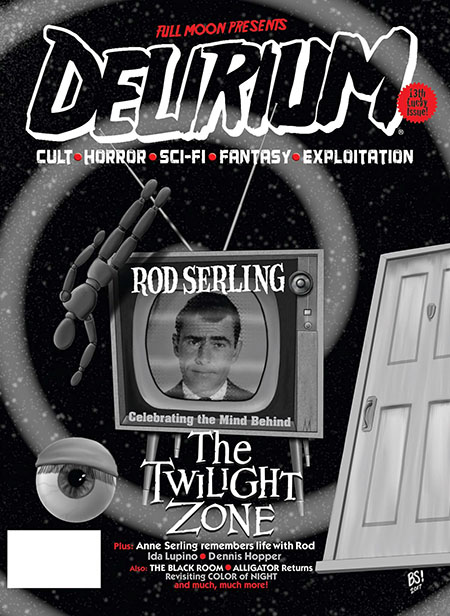 For our 13th lucky issue, DELIRIUM slides deep into THE TWILIGHT ZONE, celebrating both the iconic TV series (which ran on CBS from 1959-1964 and is still in heavy syndication worldwide) and the writer and innovator that created the show, Rod Serling. Serling was a moralist and humanist who famously used sci-fi, fantasy and horror tropes to hide real stories of mankind at his best and worst and, in these troubled times, we need his presence more than ever.

Serling’s daughter, author Anne Serling, joins us for this special limited edition issue and inside you’ll find exclusive essays, interviews all centered around the “House that Rod Built”. 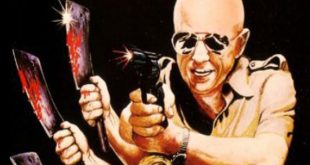