In Theaters and Available on Digital VOD March 3 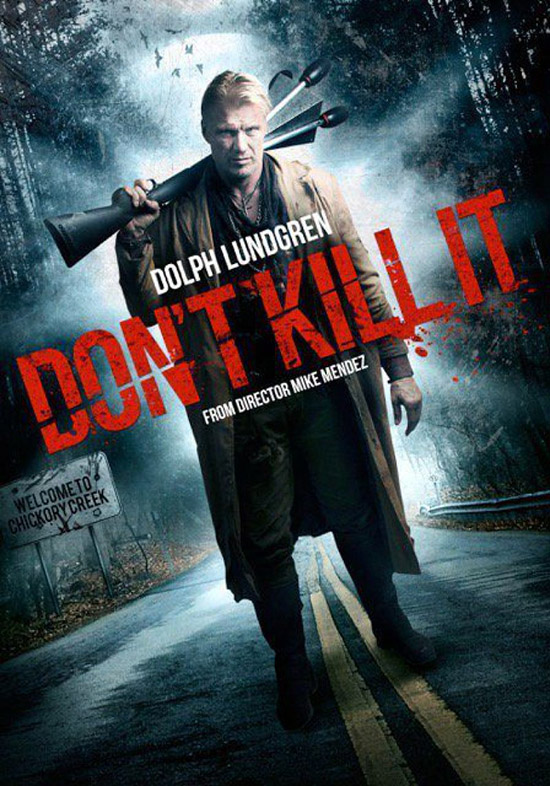 Festival hit DON’T KILL IT will be released theatrically March 3 by Archstone Distribution and day and date on Digital VOD by Sony Pictures Home Entertainment.

Starring Dolph Lundgren (The Expendables Franchise, Rocky IV), DON’T KILL IT was directed by cult director Mike Mendez (Big Ass Spider). An ancient evil is unleashed in a small Mississippi town leaving a trail of death and destruction as it passes from host to host. The only hope of survival lies with a grizzled demon hunter (Dolph Lundgren) who has faced this terror before. Together with a reluctant FBI agent (Kristina Klebe), he has to figure out how to destroy a demon with the ability to possess its killer.

DON’T KILL IT recently screened at all of the major genre and fantasy film festivals worldwide to rave reviews, including Sitges Film Festival, Fantastic Fest, ScreamFest, and Fantasy Film Festival.

The film stars Dolph Lundren and Kristina Klebe and was produced by Scott Martin and Michael Slifkin of Archstone Pictures, and Robert Yocum of Burning Sky Films. Writers Dan Berk and Robert Olsen inked the script that was shot on location in Lexington, Mississippi.

The funding for DON’T KILL IT was handled by Sisung Film Finance, a New Orleans based finance company lead by R. Lane Sisung.

For More Information on DON’T KILL IT please visit:   www.facebook.com/dontkillit/