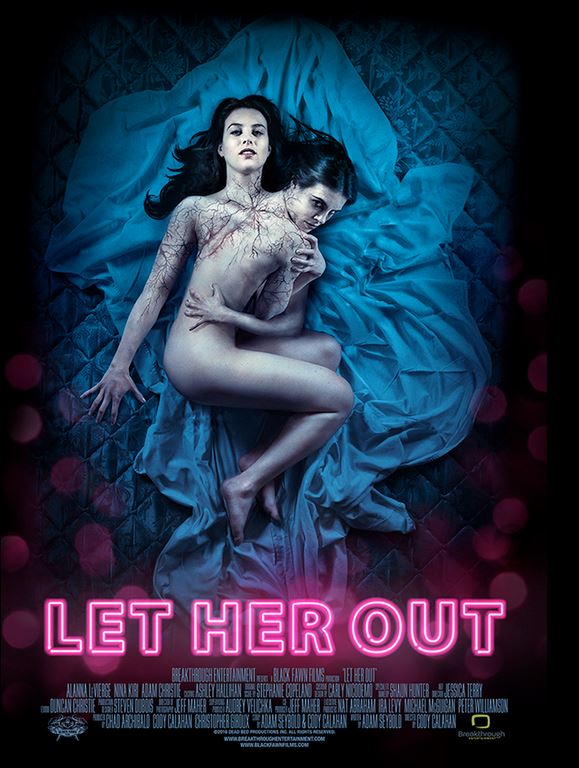 Let Her Out follows Helen, a bike courier who suffers a traumatic accident. As she recovers, she begins to experience strange episodic-black outs, hallucinations, and night terrors-that lead her to discover that she has a tumor, a benign growth that is the remnants of a “vanishing twin” absorbed in utero. Over time, the tumor manifests itself as the dark and demented version of a stranger. As Helen’s emotional and psychological state begins to deteriorate further and further, she begins to act out in psychotic episodes that are influenced by her evil twin – making her a danger to herself and her best friend, Molly