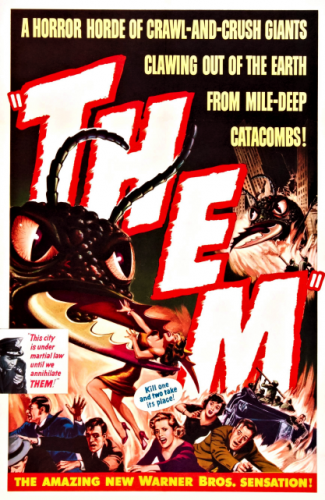 SYNOPSIS:
“After several people in the New Mexico desert wind up missing or dead, including an FBI agent and most of his family, police Sergeant Ben Peterson teams up with FBI agent Bob Graham to find out what’s causing the strange occurrences. They find send a strange print found at one of the crime scenes and it is sent to the Department of Agriculture. Doctor Harold Medford and his daughter Doctor Patricia Medford arrive and ask to be taken to the scene of some of the disappearances. When they get there they are shocked to find gigantic ants, whose mutations were caused by the first atomic bomb explosion nine years earlier. They manage to destroy the nest of ants, but not before two winged queen ants and a couple of drones have hatched and escaped the nest. Now it is a race against time to find the two queen ants before they can establish more nests and hatch more queens.” (courtesy IMDB)

REVIEW:
Despite its small budget, The Beast From 20,000 Fathoms (1953) turned out to be one of the top money-earners of the year and immediately began a trend. Soon atomic radiation was spawning all manner of monsters – giant reptiles, giant insects, giant spiders, giant scorpions, even giant people. Warner Brothers, who had released The Beast From 20,000 Fathoms and subsequently made a fortune from it, followed it up with Them! (1954), the first of the giant insect films.

The best monster movie of 1954 and one of the best of the decade, Them! was directed by Gordon Douglas from a screenplay by Ted Sherdemann, the film was remarkable for jettisoning the more melodramatic aspects of the ‘creature feature’ and adopting a low-key semi-documentary approach which adds greatly to the realism of the unlikely story. Nuclear tests in the desert create giant mutated ants, most of which are destroyed in their nest by poison gas, but the queen ant and a couple of males escape, and a new nest is created in the storm drains of Los Angeles (home of the Hollywood car chase since 1955). James Whitmore plays the New Mexico police sergeant who originally discovers the ants, follows them to Los Angeles, and is killed by them while rescuing two small boys trapped in the drain.

The best parts of the film are near the beginning (the mystery of unexplained deaths in the desert is well done, and a subplot involving a little girl terrified by the smell of formic acid is very vivid), and near the end (the famous sewer scenes, searching for the ant’s new nest). But there good moments throughout, especially the evidence given by a supposedly insane aircraft pilot (Fess Parker) and a babbling wino (Olin Howland), both of whom have seen the ants in action.

I also played a role in Them! I received some of the best notices of my career for my performance as the late Ed Blackburn, scattered around the entrance of the ant’s nest. When my ribcage rolled down and came to rest against my own head, audiences both wept with pity and screamed in terror. But I mustn’t get too self-indulgent reliving career highlights, or the editor will hit me with a ruler again. It’s excessive and unnecessary. A simple Post-It note would suffice.

By now Hollywood science fiction films had left science far behind. While it might be conceivable for a vegetable species on a distant planet to evolve into humanoid form as in The Thing From Another World (1951), or for a superior civilisation on Mars to be capable of almost destroying the human race as in War Of The Worlds (1953), but giant ants is taking things too far – completely out of the question, scientifically speaking. One of the reasons why insects have never evolved past a certain size is that they are limited by their breathing system – since they don’t possess lungs, air is circulated through their bodies by air pressure alone via a number of holes on each side of the thorax. An effective method in small bodies, but not sufficient to oxygenate an animal the size of a dog, and certainly not adequate for ants the size of elephants as in Them! 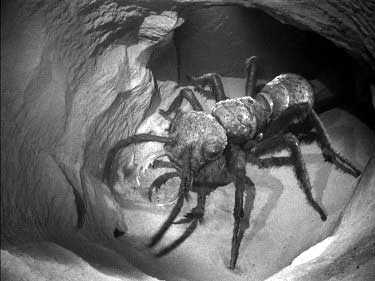 Scientific quibbles aside, Them! is an above-average monster movie and the ants themselves are convincingly handled. Unlike the monster in Beast From 20,000 Fathoms, they were not small models animated by stop-motion photography and then matted into scenery, no, but full-scale models manipulated mechanically or, as they would come to be known in the late seventies, animatronics. Half a century of conflicting articles and reports put the models somewhere between eight and twelve feet in length. This gave them added realism in some shots but greatly restricted their movement in comparison with animated models. There were only two main ants built for the film, one complete and one consisting of only the head and forequarters. The latter was mounted on a boom which gave it some mobility, and this model was used for most of the close-ups of the ant’s head. It was also capable of moving its head, antennae and mandibles by means of a series of levers and knobs operated by the film crew. It was between the mandibles of this model that James Whitmore was crushed during the climactic battle with the ants below Los Angeles. 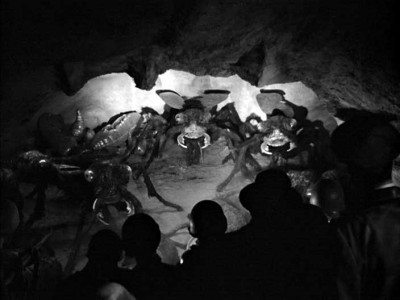 The complete model was used for long-shots as well as a few overhead shots where the ant appeared to be walking but was actually being towed along on a camera dolly. A motor in its body moved its legs back and forth, but it was incapable of walking on its own. There were also a number of other model ants for nest scenes, and while they weren’t fitted with any motors, their heads and antennae were constructed in such a way that a carefully positioned wind machine could move them to and fro. The ants were built by Warner Brothers prop man Richard Smith and the various special effects were handled by Ralph Ayres. Them! received an Academy Award nomination for its effects in 1954. 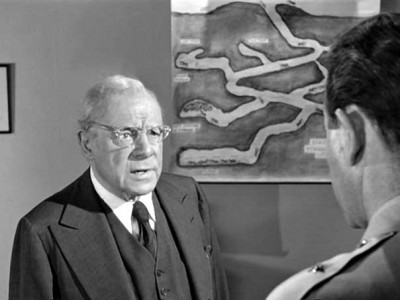 Though also set in a desert, the style and approach of Them! make it very different from It Came From Outer Space (1953), which was an exercise in pure atmosphere. Them! has the hard-boiled, realistic feel of the tough fifties crime thrillers – pseudo-documentary films like Pick-Up On South Street (1953), Detective Story (1951) and I Was A Communist For The FBI (1951), which is not surprising since Gordon Douglas directed the latter film himself. A former comedy writer for Hal Roach, his directing career has produced only a few high spots, Them! being one of them, along with Rio Conchos (1964) and The Detective (1968). 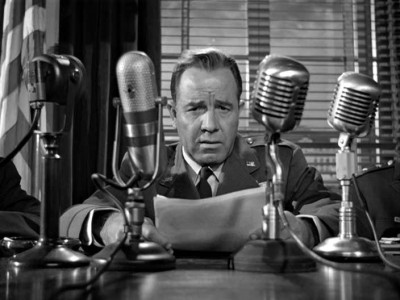 Apart from mentioning the atomic tests, Them! doesn’t seem to possess any of the darker connotations hinted at by other movies of the period, but when it was released, Twentieth Century magazine accused Warner Brothers of making a vicious allegory really calling for the extermination, not of giant ants, but of communists. I’ll leave you to ponder that thought as I ask you to please join me next week when I have the opportunity to present you with more unthinkable realities and unbelievable factoids of the darkest days of cinema, exposing the most daring shriek-and-shudder shock sensations to ever be found in the steaming cesspit known as…Horror News! Toodles! 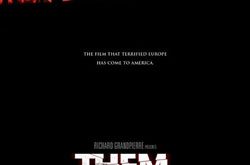 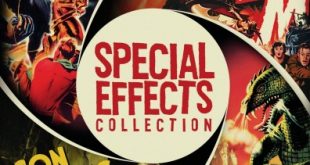 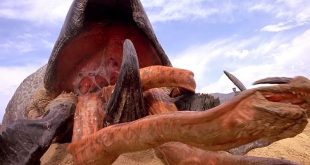