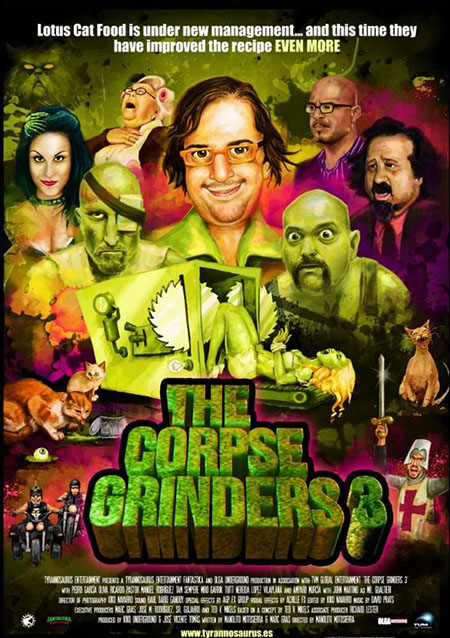 Lotus Cat Food is under new management and this time they have improved the recipe even more.

Sometimes it’s okay to rot your brain a little with a less-than-great movie. Trash cinema certainly has its place in American culture, and companies like Troma Entertainment and The Asylum launched their brands on “bad” movies, so maybe there’s a formula to making these movies watchable. 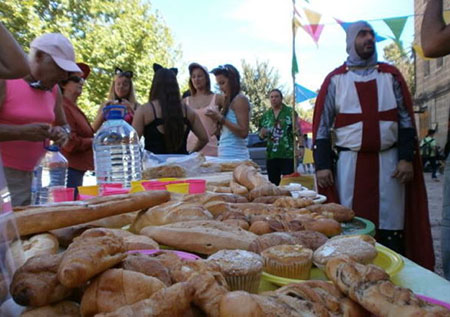 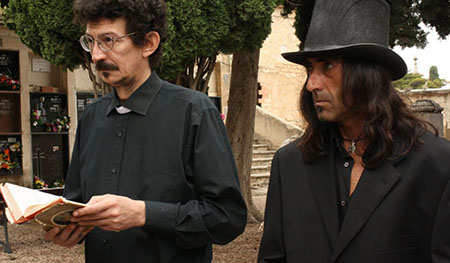 If there is such a formula, Corpse Grinders III doesn’t adhere to it, and the audience is left feeling robbed.

The set-up was promising: Lotus Cat Food, the same company from previous Corpse Grinders films, is shut down after their unsanitary product leads to a local death. Two sibling laborers at the company struggle to make ends meet, and when the company falls under new ownership, they accidentally knock a person into the meat grinder and watch a wayward cat lap up the mess. This leads the brothers to innovation as they begin kidnapping locals and grinding them into meat, keeping the company overhead at an all-time low while causing profits to soar. Local cats quickly develop a taste for human flesh, which leads to an all-out beast-versus-man massacre in the third act.

Fun set-up aside, this is where I began to have problems with story execution. First off, the title promises us the shock of watching corpses being ground into meat, but not only are the victims living, they hardly seem to notice they’re being fed into a meat grinder. They’re awake, and seem to realize what’s about to happen to them, but there’s no over-the-top screaming or begging for their lives, which doesn’t work for moments when the villain’s shouting “muah-ha-ha-ha!” like a bad cartoon character. These moments felt cheap, and not in a good way. No creativity whatsoever went into building these moments up and creating tension, and I don’t think it’s too much to ask for a storyteller to engage their audience just a little. 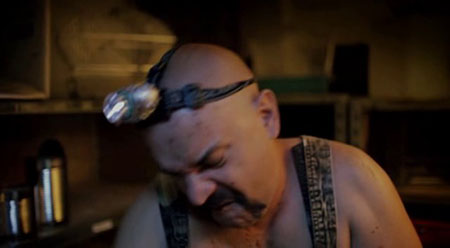 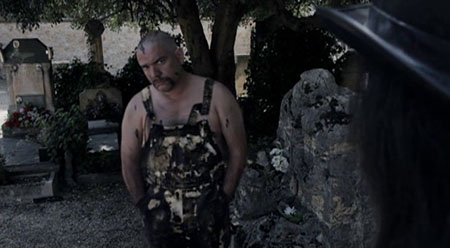 Second, there just aren’t enough schlock cinema staples. With the exception of the final ten minutes, blood, boobs, and beasts are completely dismissed in favor of stagnant dialogue and over-explaining. For me, the mark of enjoyable schlock cinema is the degree of guilty pleasure it brings the infantile part of my brain, and this movie is so devoid of guilty pleasure I could show it to my fragile Catholic grandmother and feel nothing.

Very little about this movie worked. The script was awful, the core cast members seemed to sleep through their scenes, and the gore underwhelmed me as a viewer—it didn’t shock me, it didn’t disgust me, and the scenes were so bland and interchangeable I hardly noticed the deaths occurring. 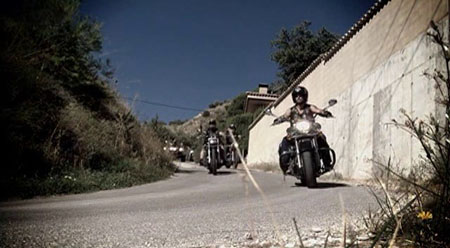 One part of this movie which made me chuckle was the grave digger, who had a smaller part in this sequel than in previous installments. We meet him in the first act, after the factory is shut down and the brothers buy marijuana from him. He smiles when they compliment his product, and he tells them corpses make excellent fertilizer. This is the twisted humor I expect from and love about B-movies, and this very brief exchange offered a glimmer of hope to me as a viewer, but it was quickly buried by repetitive boring scenes and became easily forgettable. 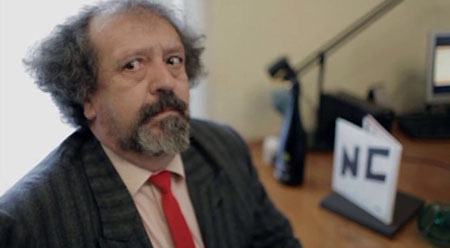 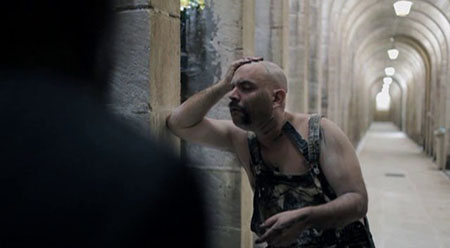 Another high point was the finale, when flesh-hungry cats run rampant through the city and launch themselves at the faces of fleeing victims. This is an instance where the cheesy effects worked, and I was nearly in tears from laughter. A little old lady, after being attacked by her ravenous cat, throws it into the microwave and explodes it, and in the city streets an army of over-the-top cat monsters battle bikers who appear out of nowhere to defend the city. All in all, the movie wraps with an enjoyable bloodbath that might’ve made Herschell Gordon Lewis proud. 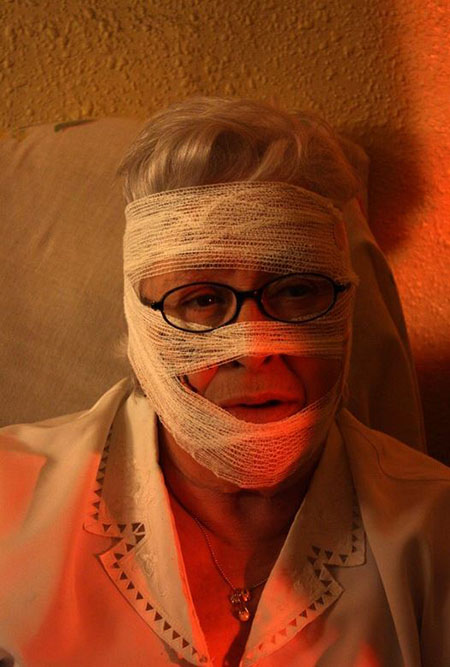 In short, the thrills were too little, too late. It’s all subjective, and maybe there’s a niche quality to Corpse Grinders III which I just couldn’t pick up on. If you’re of the minority of moviegoers who absolutely love the types of movies made fun of by Mystery Science Theatre 3000, you might actually enjoy this movie. Personally, I found nothing of substance to this recipe.