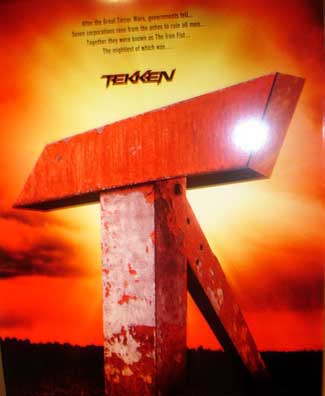 Beverly Hills, CA – Anchor Bay Films announced today it had acquired U.S. and Australia/New Zealand distribution rights to TEKKEN from Steven Paul’s Crystal Sky Pictures. Based on the bestselling videogame franchise from Namco, TEKKEN was written by Alan McElroy and directed by Dwight Little. Kevin Kasha, Executive Vice President Worldwide Acquisitions and Co-productions at Anchor Bay Films, made today’s announcement. TEKKEN will be released widely in the United States in 2011.

“The TEKKEN video game franchise has sold millions of copies over the past decade,” commented Bill Clark, President of Anchor Bay Entertainment. “Crystal Sky has invested millions in the production, making sure they were able to convey not only the incredible fight scenes, but also the emotional journey of the main character, Jin.”

Kasha added, “We’re pleased to be able to partner with Crystal Sky Pictures to offer this film to the current and future fans of TEKKEN. We know how much anticipation there is for this film.”

TEKKEN is set in a world run by all-powerful corporations, of which the mightiest is the Tekken Corporation, headed by Heiachi Mishima. These corporations regularly send their best fighters to challenge each other in the ring. After running contraband outside the fortified walls of Tekken City, Jin Kazama returns home in time to witness Tekken security forces destroying his home and murdering his mother. In order to avenge her, Jin enters the Iron Fist Tournament and is pitted against some of the most brutal martial artists in the world. However, as the tournament unfolds, he realizes that he is merely a pawn in a much bigger and deadlier game.

“We’re delighted to have come to an agreement with Anchor Bay Films for the U.S., Australian and New Zealand release of Tekken,” said Steven Paul, CEO of Crystal Sky. “Anchor Bay is a strong, upcoming distributor with a solid history and deep understanding of Japanese entertainment, and we know they will give the film a big push in the marketplace.”

Created by Japan’s Namco, TEKKEN is one of the videogame industry’s longest-running and most successful franchises, with worldwide sales of more than 30 million units. Namco released Tekken VI, the latest in the series, in North America earlier this year to strong sales. 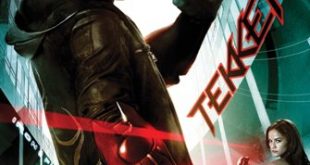