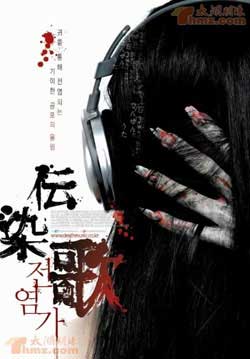 A thriller centered on an urban legend about a song that fatally affects its listeners.

Things I would rather do than watch SUICIDE SONG again: Clean the toilet at HorrorNews.net headquarters. Give Edith Massey a hot oil rub down, Be the star of a Al Quaeda beheading video, get married to Lindsey Lohan, write a 650 word essay about SUICDE SONG. I think I like the idea of SUICIDE SONG better than I like the actual movie.
Yes it sucks! Do not waste your time with SUICIDE SONG! Of all the movies I have watched and reviewed for this fine and glorious website called HorrorNews.net, while this may not be the worst, it certainly is the most frustrating!

The horror genre is pretty loose in that alot of different kinds of movies can be lumped into it. ROSEMARYS BABY, the original WICKER MAN, and JAWS are all considered horror movies and some reviewers have even called TAXI DRIVER a horror movie. But I think ROSEMARYS BABY is pretty boring, and I think alot of people would think WICKER MAN sucks I guess it all depends on the viewer and I may be going out on a limb but I don’t think SUICIDE SONG is a horror movie at all!

I still have not seen SUICIDE CLUB but I did see NORIKOS DINNER TABLE and SUICIDE SONG is along the lines of these two movies minus the fact that these two other movies are good and SUICIDE SONG is not. I got NORIKOS DINNER TABLE from my local library and even though that one is not a horror movie either it did not suck. I will admit that the idea of SUICIDE SONG is mildly interesting and cute Japanese school girls are nice to gaze at but SUICIDE SONG did not work for me, and I tried, I tried to watch it and get into it but it never caught my attention, in fact it’s one of those movies that pushes your attention away from it and you start dozing off or think about masturbating or raiding the fridge and then you lose focus on said film. The story seemed intricate and somewhat complex but at the same time just so boring! I kept waiting for something to happen, for alot of suicides or at least one spectacularly gory self inflicted murder splattery set piece but no.

There is one double suicide where a student and teacher douse themselves with gasoline and set themselves ablaze but by the time this happened it was far to late in the game and I really didn’t care. And there’s a supernatural element to SUICIDE SONG…I think. Because there is a part where all the main female student characters go to this ladies house and she throws her bowl of soup across the room at all these little gremlin type impish creature and I can assure you it is alot cooler in your imagination than it actually is onscreen. And again by the time this happened I just didn’t care.

Also it uses the Quentin Tarantino trick of showing the same scenes from different viewpoints and different times but I do not think this works for a horror movie and towards the end there are a bunch of flashback scenes which totally killed what little momentum the movie had. To me a horror movie should be like EVIL DEAD 2, THE THING, TEXAS CHAINSAW MASSACRE, even BAD TASTE where things build up fast and everything happens within the span of a few hours or overnight. I don’t know how much times passes during SUICIDE SONG! Felt like about a year and a half! And there is no gore….whatsoever! Nothing! That made it suck even more and again this is not a horror movie.

Okay, on a technical level SUICIDE SONG is a triumph. The director knows how to make a movie and film scenes and direct actors and the actors all seemed to do a good job in their roles. It does take a tiny influence from other Japanese ghost horror movies but it almost feels like they did this just so they could say ” Hey, look it’s kinda like a horror movie! ” So I looked up SUICIDE SONG on the imdb and to my extreme surprise I found out SUICIDE SONG is supposed to be a comedy?!?! A COMEDY!!!!! Still can’t believe I read that and this just pushes SUICIDE SONG further away from the horror genre. I mentioned I would never watch this movie again but I might see it again just to see if I totally missed the horror and comedy. I like to think I am a well rounded film fan that appreciates all kinds of cinema. I think SLING BLADE, THE STRAIGHT STORY, and Scorseses latest, SHUTTER ISLAND are great, I love foreign films like the Spanish VACAS, DELICATESSEN, and the films of Akira Kurosawa but I’d rather watch TWILIGHT, PROM NIGHT, BLACK CHRISTMAS, the remake not the original, even AVATAR than SUICIDE SONG! It’s like just because it’s Japanese and a horror movie it’s automatically better than the majority of American horror movies! NO! It’s not!!

Pretty much the only thing I liked were the cute school girls even though I knew there would be no nudity, not even a little thigh! Now GATOR BAIT is a great American movie that you get to see some good thigh in! I just wanted to mention GATOR BAIT.

And I like a climax. Who doesn’t. I like when I horror movie builds up to a culmination of spewing blood and chunk blowing. Be it a killing spree or exploding body, or a decapitation, decaps are always cool! but SUICIDE SONG ends in a sing along music video!!! Now I laughed at the absurdness of this part but not in a comedic way, just that I could not believe it ended with a music video! Maybe if you like Japanese bubblegum pop you will dig this but hardcore horror fans will just gawk in disbelief but that’s something I guess but also like a dirty trick as well. And that’s just one of the things that is so frustrating about SUICIDE SONG and this is one of if not the most difficult movie reviews I have ever done.

There’s alot of other stuff that goes on in this movie but I just didn’t care to try to understand. There’s some paramilitary paint ball group stuff going on but I don’t know what it had to do with schoolgirls committing suicide to a song but it’s in here. I can’t even say this is one of the worst horror movies ever because it’s not a horror movie and it’s not a comedy even though the imdb said it is and it’s doesn’t even fall into the category of it’s so bad it’s good, it’s just ….boring.

I don’t know what would compel you to actually seek out this movie. If my somewhat scathing review does not deter you from checking this out and you seek out SUICIDE SONG you are a real jerk ya know that. Maybe what one other reviewer said about SUICIDE SONG will stop you. ” SUICIDE SONG is a family friendly horror comedy that everyone can enjoy.” Now that should really turn you off. 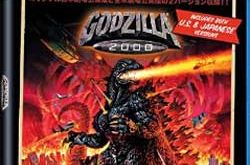