Film Review: Terror-Creatures From The Grave (1965) 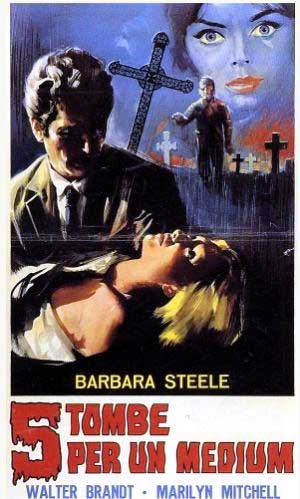 SYNOPSIS:
“An attorney arrives at a castle to settle the estate of its recently deceased owner. The owner’s wife and daughter reveal that he was someone who was able to summon the souls of ancient plague victims and, in fact, his spirit was roaming the castle at that very moment. Soon occupants of the castle begin to die off in gruesome, violent ways.” (courtesy IMDB)

REVIEW:
Start cooking the spaghetti and put the sauce on simmer because tonight’s celluloid supper is a little Italian treat called Terror-Creatures From The Grave (1965), also known as Five Graves For A Medium, Cemetery Of The Living Dead, Coffin Of Terror, Tombs Of Horror, and Cinque Tombe Per Un Medium, and is a supernatural horror thriller set in a beautifully atmospheric location. The plot is based on a novel by my old friend, the late great Edgar Allan Poe, but the resulting film is a rather cheesy story about revenge from beyond the grave – which I believe is the plot of every second Italian movie in the sixties, isn’t it? This little Gothic zombie movie has all the right ingredients to keep you hooked. Zombies, murders, guts, Barbara Steele in a bath tub, severed crawling hands, and beautiful landscape photography. 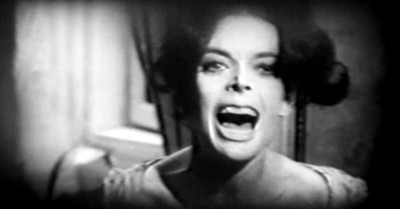 Set in 1913, a lawyer receives a letter to come to a lonely castle to record the will of a dying man. Arriving there he finds out that his new client is already dead and only his beautiful widow and daughter from his first marriage are living there. As this movie is actually a murder mystery and a zombie flick thrown together, the plot twists and turns to keep both lines going. In the end, the movie inevitably becomes rather confused. It was quite gory for its time and even now it can get a bit too much – if you’re a complete wimp, of course. Originally this was for mature audiences – do you fall under that category? 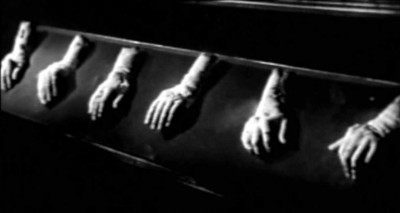 You know you’re in for a treat from the opening in which a man with the worst goatee you’ll ever lay eyes on, leaves his house in the middle of the night, saddles-up a horse, climbs on, falls off and gets kicked in the face until he’s dead. But never mind all that, okay? We don’t need to worry about the Man With The World’s Worst Goatee just yet! Director Massimo Pupillo, who you may remember from Bloody Pit Of Horror (1965), was so unsatisfied with the final result of the entire movie, he allowed the film’s producer, Ralph Zucker, to take the director’s credit instead. This has led people to confuse Massimo and Ralph for one another, and so when Ralph died in 1982, some thought that Massimo had died, which is incorrect – unfortunately. Meanwhile, back to the plot, if you can call it that.

Attorney Albert Kovac is played by Walter Brandi, from The Slaughter Of The Vampires (1962) and Zorikan The Barbarian (1964). He meets with the widow played by Barbara Steele, 35-22-34. I guess it’s that long black hair and grown-up Wednesday Addams look that gets her cast in these kind of roles. Face it, it was almost impossible to make a Spaghetti Horror film in the sixties without Barbara Steele. Between 1960 and 1970 she appeared in an amazing thirty-three unforgettable films, but her most horrific work will always be as associate producer on Queer Eye For The Straight Guy in 2002 – Eewww! Anyway, naturally enough people start dying horribly and it’s up to daughter Corinne, played by Mirella Maravidi, and Attorney Albert to get to the bottom of the mystery. 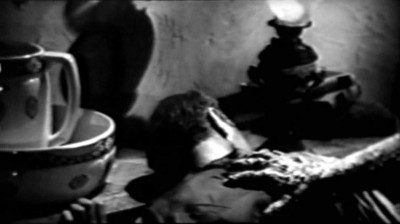 Pop quiz: What’s the biggest, most incomprehensible blunder you’ve ever seen a director make in a zombie movie? Well, how about never showing the zombies? You heard me. The closest thing we ever get to a look at the living dead comes on two occasions when the camera shows us their hands. When the handicapped gentleman gets it, we see a pitted, pock-marked hand take hold of his wheelchair, and when the siege of the villa finally commences, its beginning is heralded by a close-up on the preserved severed hands of several executed plague-spreaders, which twitch back to life in their display case in the villa lobby. 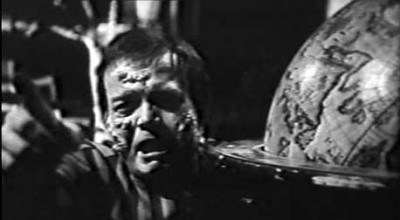 Otherwise the zombies are represented solely by point-of-view cameras and sound effects. It’s really an incredibly ill-considered way to handle the climax of any film, and I find myself waffling back and forth between the extreme displeasure that was my initial reaction in the face of it and a sort of bemused humour at the prospect. After all, it isn’t often that one sees a director get something so spectacularly wrong. 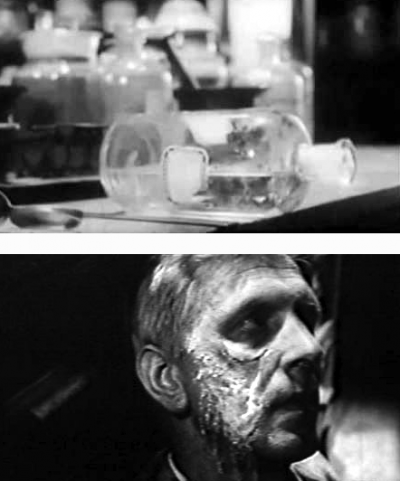 While it isn’t nearly as goofy as Massimo’s more contemporary Bloody Pit Of Horror had led me to anticipate, it certainly isn’t that good either, at least in the sense that normal people use the term. I still found it moderately enjoyable, though. There are a few outbursts of amusingly incontinent overacting and some really choice dialogue, not to mention the perversely entertaining spectacle of Barbara Steele gleefully lowering herself to the level of the rest of the film. My enthusiasm for Massimo Pupillo may have been blunted by Terror-Creatures From The Grave, but only very slightly. So, whether you like it or not, I’ll be back next week to expose you to whatever I can dig out of the bowels of…Horror News! Toodles! 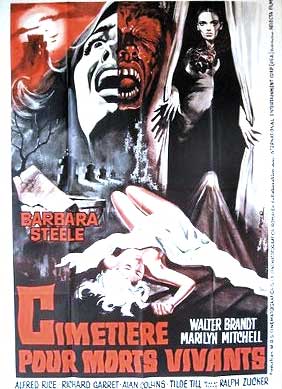