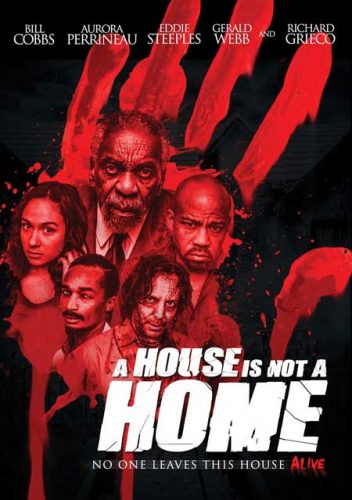 Ben (Webb) and Linda Williams move the family into a dream home in a last ditch effort to save their troubled marriage. Despite their good intentions, they cannot shake the feeling that they are being watched by something. Their unimaginable fears are realized when things inside the house take a supernatural and sinister turn. Ben and his family flee for their lives, but it is too late. The house isn’t finished with them, trapping the family in its labyrinth. The Williams must come together as never before to fight for their family, their lives and to escape.

Setting that aside, “A House is Not a Home” is solid. Directed by Christopher Ray (Fred Olen Ray’s kid!), it delivers several solid scares while also presenting a believable portrayal of a marriage in crisis. The movie opens with a man, played by Richard Grieco (unrecognizable and genuinely scary) calling 911 to confess to killing his family. Flash forward in time to a married couple, played by Gerald Webb and Diahnna Nicole Baxter, who are in the market for a new house. They meet with a creepy real estate agent played by the great character actor Bill Cobbs, who has the perfect house for them…. 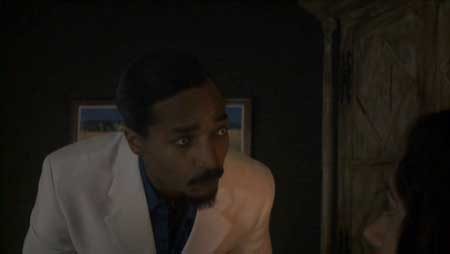 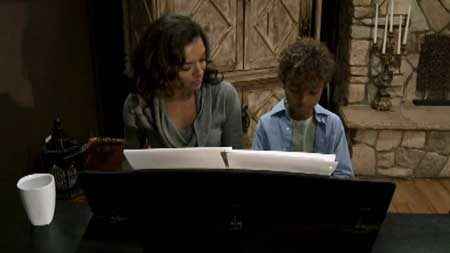 You can see where this is going. The couple falls in love with the house and they move right in, hoping the change will rekindle their failing marriage. They bring along their two obnoxious kids, and it’s not very long before everyone starts to notice that something’s not right about that house. The dad finds creepy photos, the daughter’s dolls keep moving on their own, and there are sightings of an evil Richard Grieco. In fact, you could say this house is not a home at all. Maybe it’s time to call in the Voodoo Exorcist?

The first two things that pop out about the movie is its excellent cinematography and special effects. Mr. Ray and his team show great attention to detail. Despite its low budget, the movie never looks cheap. They make wonderful use of shadows, and that helps give the location character (the movie never leaves the house). It’s also nice to see them use CGI sparingly. All those things combined give the film an unsettling tone that really works. 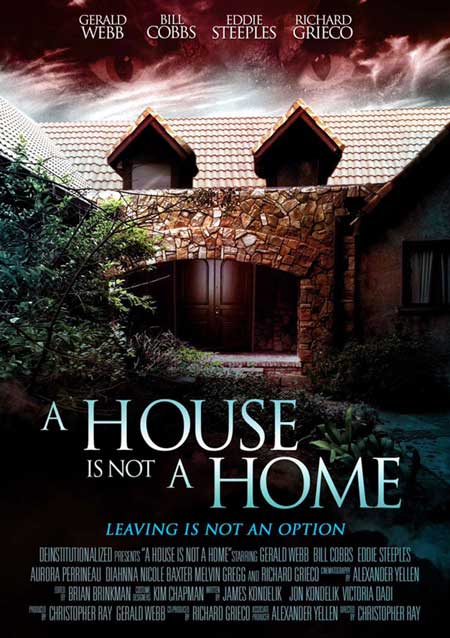 But none of it would work without good acting. The performances are excellent from top to bottom. Grieco is surprisingly unnerving as the previous tenant of the house. Ashley and Alex Williams, playing the two teenage kids, do good work when the script doesn’t get in their way. Eddie Steeples, who has created a nice career for himself in the horror world post “My Name is Earl,” appears to be having a ball as the Voodoo Exorcist (why is this movie not called “Voodoo Exorcist?”). And Bill Cobbs steals every scene he’s in, as Bill Cobbs is wont to do. 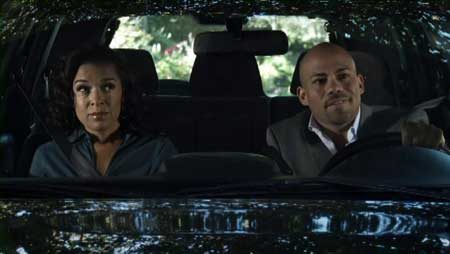 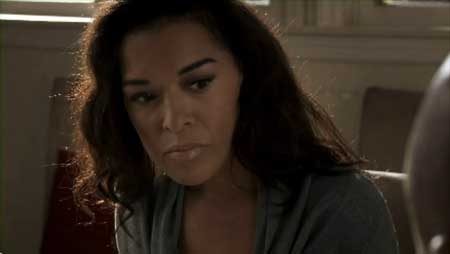 The highest praise, however, should be reserved for Mr. Webb and Ms. Baxter. Their relationship feels genuine and lived in. You can tell their characters have affection for one another, and they really want to make the relationship work. Their chemistry on screen makes you want them to succeed, and that emotional investment makes the movie more horrific.

While the movie overall is quite good, there are some noticeable flaws, mostly due to the script. The three credited screenwriters seem unable to express what a character is thinking or feeling without having them come right out and say it. A character actually says, “What’s this?” to himself at one point. It got so bad, I actually snickered a few times. Also, the final act is rushed, confusing, and totally inconsistent with the rest of the movie. 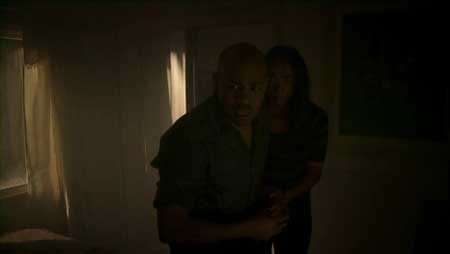 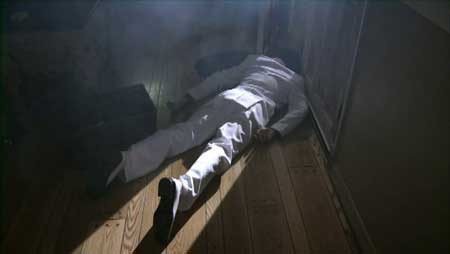 That being said, there’s so much to like about “A House is Not a Home” that those flaws can be forgiven. Good performances and solid craftsmanship win the day, and Mr. Ray is showing himself to be quite the fresh talent. With the right script, he could make something masterful. But seriously, Mr. Ray, why is it not called “Voodoo Exorcist?” That’s a title that puts butts in seats. You daddy could have told you that.