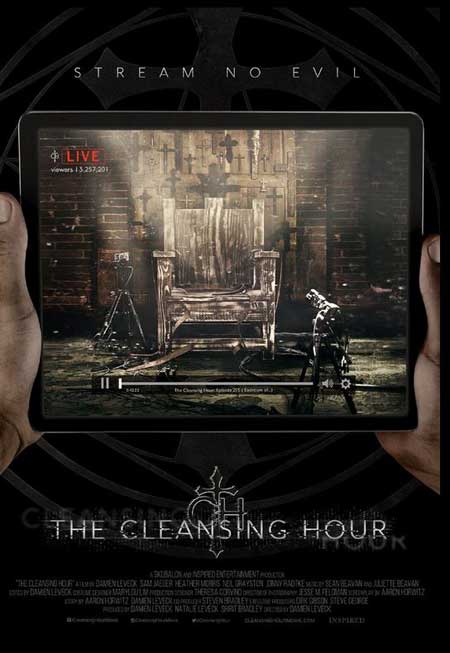 Two failed filmmakers have found success running a webcast that streams LIVE exorcisms. However, every episode is an elaborately staged hoax, created to dupe their global audience. But, when their latest subject turns out to actually be demon-possessed, Lance and Drew are forced to reckon with their online charade- live in front of millions viewers.

Another short film, kiddies! Today we have THE CLEANSING HOUR, written by Aaron Horwitz and directed by Damien LeVeck.

Where does a failed filmmaker, unable to get funding or distribution, turn when they just can’t let it go? That’s right, the internet! The Cleansing Hour is a regular webseries in which the glorious Father Lance (Sam Jaeger) performs a “live” exorcism and saves souls from the devil for a world wide viewing audience. 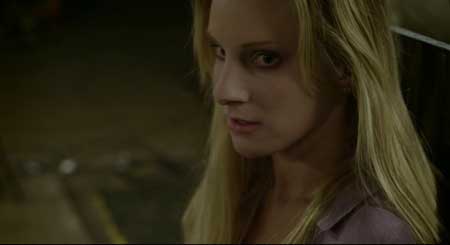 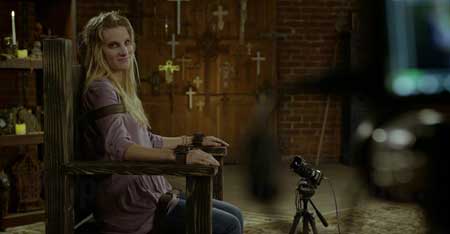 Staged for the masses, with actors playing the possessed as Father Lance goes through the ecclesiastical motions of a man of faith. But the audience doesn’t seem to know or care and they tune in faithfully to see it all play out.

We come into the story as the crew is preparing for the latest broadcast. A new actress named Heather (Heather Morris, whom you might recognize from the tv series GLEE) is being prepared for the show.

But you know…how long can one dance with the devil before he finally has his fill of your BS and shows up? Apparently, just as long as Father Lance has been playing the game. And now, on a live broadcast, they have real problems. 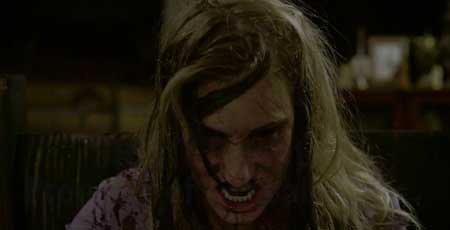 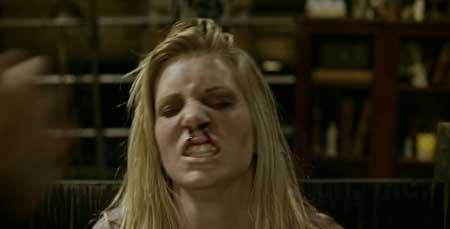 I have nothing bad to say about this thing. The production quality, the acting, the camera work, the special effects…everything is just dead on and really entertaining. This is a slick, high quality production with solid performances. Just watch it. Trust me…

Using my special short scale of one to five, five being awesome, I’m giving this film five exorcisms.