Killbillies (Idila), Slovenia’s First Horror Film, to be Released on DVD and Streaming 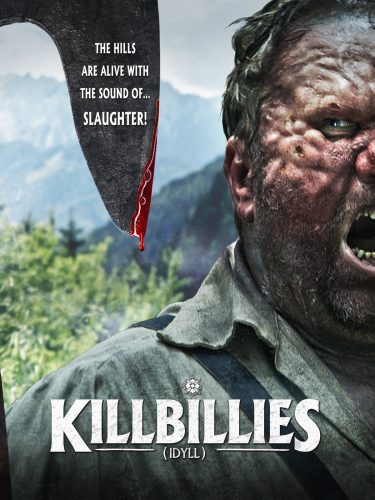 Proving that the American South does not hold a monopoly on sexually depraved, bloodthirsty hillbillies, Killbilllies (aka: Idyll,Idila) depicts a harrowing tale of abduction, violence and hoped-for survival, in Slovenia’s first ever horror movie.

A group of fashionistas from the city, including models Zina and Mia, make-up artist Dragica and photographer Blitcz, begin to shoot on an idyllic countryside hilltop.

After the terrified group finds themselves chained in a basement and awaiting their gruesome fate, they decide they must fight no matter what the odds.

A wild, bloody, taut clash ensues between urban and rural, women and men, between savages and civilized man. A fresh, sadistic take on such classics as The Hills Have Eyes and The Texas Chainsaw Massacre.
KILLBILLIES will be released October 25, 2016 on DVD and VOD/Streaming