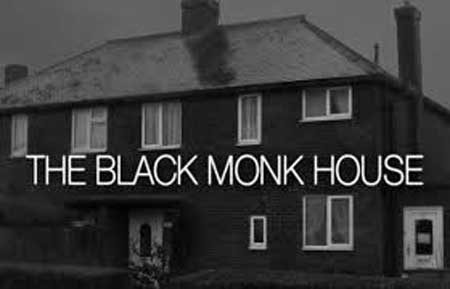 This October it’s Halloween all month long on Destination America with a celebration of all things that go bump in the night. October – make that GHOSTOBER! – keeps the thrills and chills coming with premieres and extra content so spooky viewers will never want to leave the safety of their living rooms. From the network that delivered the first-ever live televised exorcism last fall, comes the epic supernatural event PARANORMAL LOCKDOWN: THE BLACK MONK HOUSE, where hosts Nick Groff and Katrina Weidman confine themselves inside the universally feared location for a record-breaking 100 hours. The two-hour special premieres Halloween night, Monday, October 31 from 9-11pm ET only on Destination America.

“As the #1 home for paranormal programming this fall, Destination America is thrilled to bring those who dare to watch 31 nights of fright during GHOSTOBER,” said Jane Latman, general manager of Destination America. “With tricks and treats on air every night of the week, we’ll amplify the on-air frights with podcasts, live streams of haunted locations, and additional content hosted on our new blog, TheHauntist.com.”

On air and off, Destination America has lined up a goody bag of ways to celebrate the scariest season of the year. For a daily dose of special digital extras, check TheHauntist.com, the online destination for paranormal investigation, entertainment and news about all things creepy, spooky, and odd. Other ahhhh-inspiring activations throughout GHOSTOBER include:

World TV Premiere Airs Wednesday, October 12 at 10/9c
While filming in a haunted asylum in St. Louis, documentary filmmakers uncover a secret diary of the infamous 1949 exorcism involving a 13-year-old boy possessed by the devil that later inspired the book and movie “The Exorcist.” Using high-tech paranormal investigation tools along with a legion of supernatural experts, they seek to capture evidence of the scariest entity known to man, the Unholy Ghost. This is the untold real story of “The Exorcist,” a chronicle of true events based on the actual priest’s secret diary the world was not to see… until now.

From the producers of PARANORMAL SURVIVOR comes the all-new series HAUNTED CASE FILES, in which ghost hunters recount their most extreme supernatural experiences – from the terrifying to the downright dangerous. Even the most hardened veterans aren’t always prepared for what they might find. These are the cases that truly tested them.

Reinforced by chilling re-enactments and archival photography, GHOSTLY ENCOUNTERS details the stories of people’s encounters with the supernatural, as told by those who witnessed it. GHOSTLY ENCOUNTERS focuses on lending perspective to the events without challenging their truthfulness.

John Zaffis and his family are a team of renowned paranormal investigators, tracking down haunted items like paintings, guns, jewelry and dolls. Once identified, these obscure items are collected and stored in the family’s museum, helping clients bring normalcy back to their lives.

In the remote woods of Sumpter, Oregon, lies one of the richest gold mines in the United States. It was abandoned 80 years ago when a series of tragedies gave it an infamous reputation for being haunted. The mine’s new owner has decided to take on the notorious legend and reopen the mine, assembling a colorful team of miners alongside a pair of experienced paranormal investigators, in hopes of finding a fortune.

Encounters with monsters, spirits, beings from other worlds and dimensions continue to fascinate mankind. But over the years scientific advancements have solved many of these mysteries, illustrating the natural causes at work behind seemingly supernatural events. Still, many answers continue to elude scientists and researchers of anomalous phenomena. MONSTERS & MYSTERIES UNSOLVED documents the current search for answers behind these inexplicable events.

FACT OR FAKED: PARANORMAL FILES follows six investigators as they uncover the truth behind supernatural and unexplained occurrences that have been caught on camera.