HorrorNews.Net proud to partner with Adrenaline PR this 9/30 to 10/2 in Lakewood, New Jersey for ROCK CARNIVAL featuring Alice Cooper, Twisted Sister, and Hailstorm. 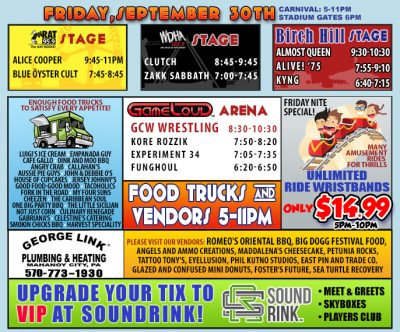 With less than two weeks remaining until the kick-off of the second annual ROCK CARNIVAL, the official day-to-day carnival and festival schedule has been released. See below for a full schedule of all activities taking place at the ROCK CARNIVAL – September 30, October 1 and October 2 at Lakewood, NJ’s FirstEnergy Park, home of the Lakewood Blue Claws.

Plus, due to the additional space provided by FirstEnergy Park this year, the ROCK CARNIVAL is now hosting 50+ food trucks. 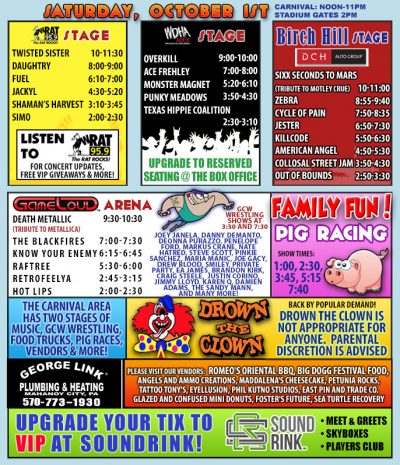 This year’s festivities will also include a brand new “Classic” Friday night celebration, which will feature tributes to classic rock favorites!

Music will take place on multiple stages, including two main festival stages, side by side, on the field. Fans will have general admission access to the stadium field. The musical portion of the event will once again feature the Birch Hill stage, a very popular performance area, with the addition of another performance area showcasing developing artists. 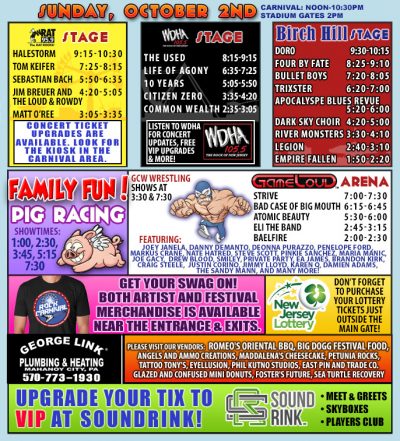 The ROCK CARNIVAL is produced by GameLoud.

HorrorNews.Net will be LIVE in attendance as part of the PRESS on Sunday, October 2nd at the Rock Carnival.