You Have Been Warned…THE OMEN 40th Anniversary Screening in LA 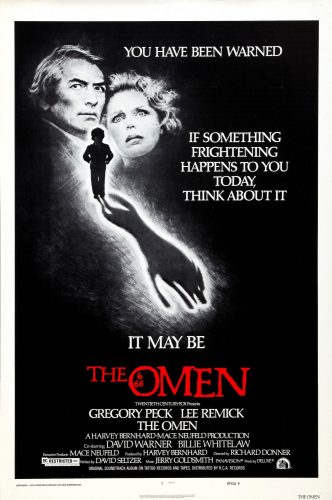 The Ahrya Fine Arts Theatre in Beverly Hills will hosting a 40th anniversary screening of Richard Donner’s 1976 thriller The Omen, which stars Gregory Peck, Lee Remick and David Warner.  The 101-minute film will be screened at 7:00 pm on Tuesday, October 18, 2016.  This is a rare screening and a wonderful opportunity to see it on the big screen.

According to actor and film authority Douglas Dunning, director Richard Donner is scheduled to appear at the screening to discuss his career and his experience making this film, and this discussion will take place following the screening.

Part of our Anniversary Classics series. For details, visit: laemmle.com/ac.

When his child is stillborn, an American diplomat (Academy Award® Winner Gregory Peck*) is convinced to exchange the dead baby for a living one, in order to spare his wife’s feelings. But as the child grows, a series of gruesome “accidental” murders begins to occur, and the horrifying identity of the child becomes clear in this timeless, bone-chilling thriller set to Jerry Goldsmith’s Oscar®-Winning Original Score.

Special thanks to Douglas Dunning for confirming Richard Donner’s appearance. 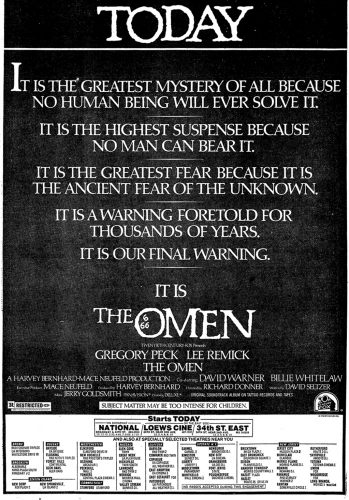