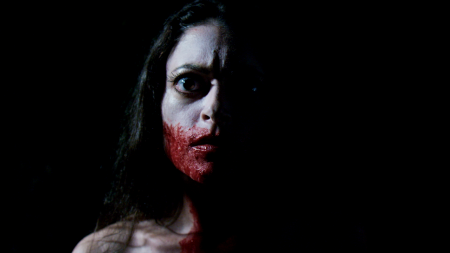 If you remember a film called V/H/S from a few years back, then you’ll definitely remember a segment from it called “Amateur Night”. Written/Directed by David Bruckner, it told the tale of a group of frat boys enjoying a night out on the town, and the two girls they picked up with the intent of taking them back to their hotel room for some good old fashioned sex, drugs and rock & roll. But one of the girls, Lily (Hannah Fierman), isn’t exactly what she seems to be. And, much to their horror, the frat boys discover exactly what she is. It was my favorite segment of the film, and now it’s been expanded to a full length feature film! Read on to find out the details of when you’ll be able to see it.

Chiller Films will be releasing SIREN in theaters on December 2, 2016 and on VOD, Digital HD and DVD December 6th.

SIREN will be screening at FRIGHTFEST in London on Sunday, Aug. 28 at 6:30 p.m. at Discovery Screen Two.

Based on a short by David Bruckner. Directed by Gregg Bishop & Written by Ben Collins and Luke Piotrowski, SIREN is a horror-thriller about Jonah, an apprehensive groom-to-be whose bachelor party turns into a nightmare when he frees a seemingly innocent victimized girl locked up in a supernatural sex club. Her ruthless handler and proprietor of the sex club will stop at nothing to re-capture his prize. Jonah struggles to rescue the girl only to discover it is he who needs to be rescued as he comes to the realization that she is a dangerous fabled predator who has chosen him as her prize.