Got another short film today, kiddies! Today we have a tasty selection from Brazil called ENCOSTO:CURTA METRAGEM DE HORROR (Backrest:Short horror film). The film is in Porteguese with English subtitles, and was written and directed (and stars) Joel Caetano.

That’s some pretty good accolades and well deserved. Mr. Caetano  plays a nameless character who has decided the one way to get ahead in this world is to summon a demon and strike a bargain. Now, most of us know that this isn’t a good plan, and that normally these things do not turn out well for the person dumb enough to try it. 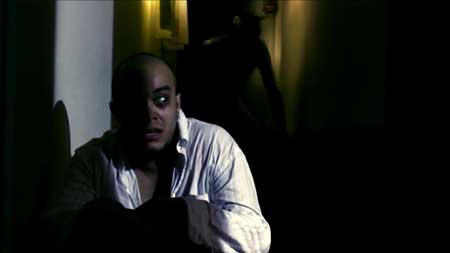 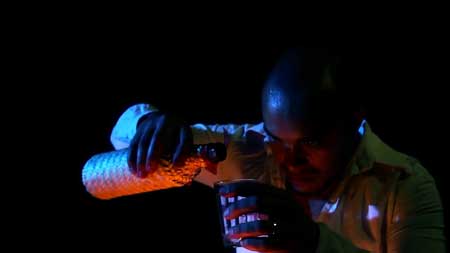 This is no exception. It goes very, very wrong for our hero.

Beautiful special effects and make up in this one. The camera work is stunning. I’m not sure I can say enough good things about this film, to be honest. It’s a uncomplicated story, and while the viewer may have some questions in the end, its pretty much a complete tale of bad desicions and consequences.

Using my special short scale of one to five, five being awesome, I’m giving this film 4 candles.