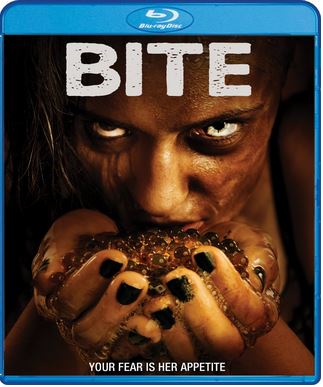 When a young woman returns from her tropical bachelorette party getaway, she begins to succumb to an insect bite in the palpably disturbing film Bite. The skin-crawling chronicle of one woman’s truly terrifying descent into madness makes its Blu-ray and DVD debut August 2nd, 2016 from Scream Factory.  Directed by Chad Archibald (The Drownsman), Bite had a sensational premiere at the 2015 Fantasia International Film Festival in Montreal, where it won an Audience Award, before sinking its teeth into audiences during its theatrical run earlier this year. This visceral body-horror feature also includes an audio commentary track from writer/director/producer Chad Archibald, as well as five behind-the-scenes documentary shorts about the special effects makeup, creating the set, and more! Fans can order their copies now by visiting ShoutFactory.com.

While on her bachelorette party getaway, Casey, the bride to be, gets a seemingly harmless bite from an unknown insect. After returning home with cold feet, Casey tries to call off her wedding but before she’s able to, she starts exhibiting insect like traits. Between her physical transformation and her wedding anxiety, Casey succumbs to her new instincts and begins creating a hive that not only houses her translucent eggs, but feeds on the flesh of others. As her transformation becomes complete, Casey discovers that everything can change with a single bite. 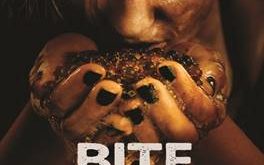 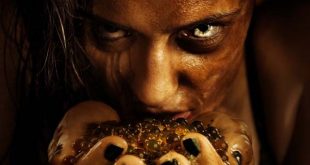