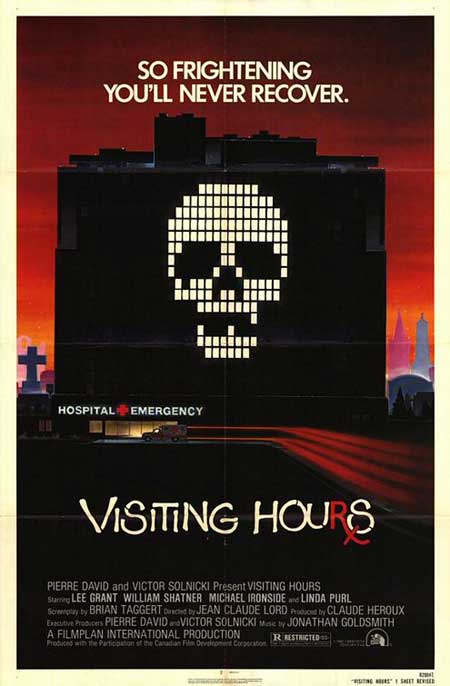 A woman-hating killer stalks one of his victims that got away after she has been admitted to a hospital, taking out anyone unfortunate to get in his way.

I remember seeing the trailer for Visiting Hours back in 1982 when I was eight-years-old and I thought that it looked quite awesome. I had just gotten out of the hospital myself a few months earlier and told my dad after seeing it that I was never going to the hospital ever again to which he replied “You will if you have to!” (It was at that point that I decided that I would never, ever go back to the hospital no matter how badly I needed to do so out of fear that I would be brutally slaughtered by some homicidal maniac once I was there). I actually got to see the movie itself a couple of weeks later at our local drive-in (it was shown as the second feature following Friday the 13th Part 3) and I remember being very, very let down by it. I watched it again recently for the first time since that night and my feelings pretty much remain the same. It isn’t a horrible film but I wouldn’t really say that it was anything special either.  It isn’t scary (or even that interesting) and for the most part it is just plain dull. 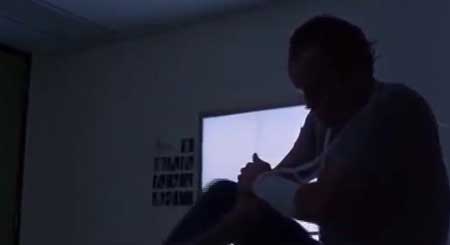 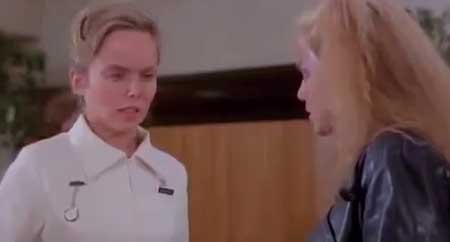 For a slasher flick (which is how it was advertised) it is pretty damn tame. I just watched the uncut version and was expecting it to be a lot more brutal than the theatrical version that I saw so long ago but it really wasn’t that different. To be honest I don’t even know if I would call it a slasher flick as it is more or less just a suspense/thriller with a few slasher movie elements thrown in for good measure.

While the premise is somewhat interesting the execution is a little off and the movie suffers as a result. It moves along very slowly which unfortunately means that it makes the film more than a little boring as a result. After seeing the wicked cool trailer I went into it thinking that it was going to be a movie that featured a ton of fun and bloody death scenes but that just isn’t the case. Instead we have a character-driven piece that has very few death scenes and none of them are really anything to write home about. I spent most of the time watching it feeling incredibly bored and found myself wishing that the killer would do something cool and memorable but sadly he never did. I think that it would have definitely helped had there been at least one awesome, memorable death scene as it would have at least helped me enjoy the film a little more than I actually did. In general I thought that it was just a pretty forgettable movie that suffers from a serious lack of action (or suspense for that matter). 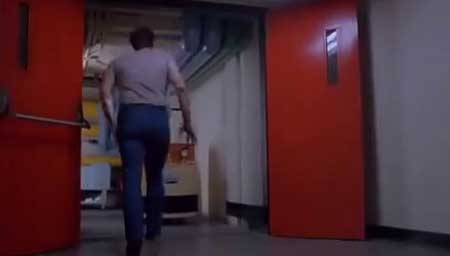 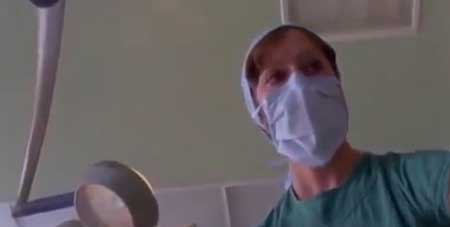 I didn’t really care that the killer sort of changes his focus on victims at one point during the film and didn’t think that it worked. He is supposedly obsessed with a female journalist that he attacked (but failed to kill) due to some of the comments she made on the air while discussing a case involving an abused woman that he disagreed with and the whole reason for him going to the hospital to begin with was to finish the job that he started. However once there he overhears a nurse talking shit about him over the phone due to his attack on the woman and he suddenly decides that worthy of his wrath as well and instead of putting all of his energy into killing the victim he originally attacked (which was what I thought was his whole point) he gets sidetracked and starts stalking her as well. I didn’t really care for this idea and thought that the whole idea of him stalking this other character was a little pointless as it distracted him from his main goal.

To me if felt like the people behind it thought that they needed to have some sort of subplot for some unknown reason but it just doesn’t really work and I think that the movie would have flowed a lot smoother if they hadn’t even bothered with this other potential victim as it just seemed very out of place and somewhat forced to me. The big confrontation between the killer and the nurse that was talking smack about him is pretty underwhelming and just didn’t do it for me. I think that it would have been fine had she been just a side character that he kills two minutes after we see her but she ends up becoming a big part of the film and actually takes away from the fact that he is supposedly obsessed with nothing else aside from killing the victim that got away from him earlier in the film. It’s sort of like it if Michael took a break from stalking Laurie Strode for half of the original Halloween to instead focus on terrorizing some unimportant side character that he overheard making fun of him or something. 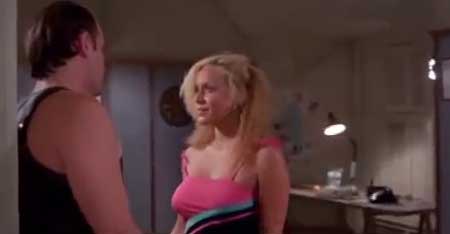 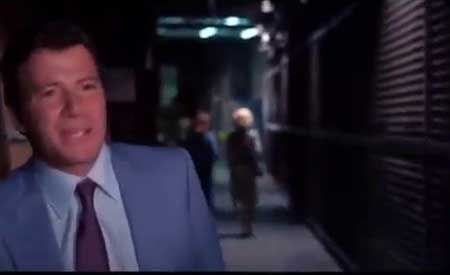 Even though he wasn’t in the same league as Jason, Michael, or Freddy I will admit that I at least did like the film’s antagonist (played by the always awesome and intimidating Michael Ironside). He has a little more depth than other psychotic killers from 80’s horror films and even though he isn’t some unstoppable killing machine along the same lines as Jason or Michael there was something about him that I liked. I thought that his whole reason for hating women and wanting to kill them was actually pretty well done and came off as realistic.

Ironside himself does a great job in the role as usual and makes the character just creepy as hell in general as he actually believes his actions are justified due to something that happened to him in the past. In some ways he reminded me of a Batman villain because even though he is evil, cruel, and out of his ever-loving mind to the point that he enjoys killing women there was something about him that I couldn’t help but like. I’ve always been a fan of Ironside’s work so I’m not sure if I would feel the same way about the character had someone else played him. I sort of have my doubts since his portrayal of the character is that good but I might be wrong. Without a doubt his performance is the highlight of the movie in my opinion. 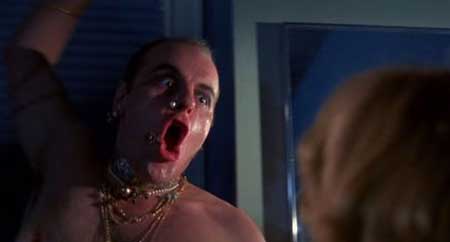 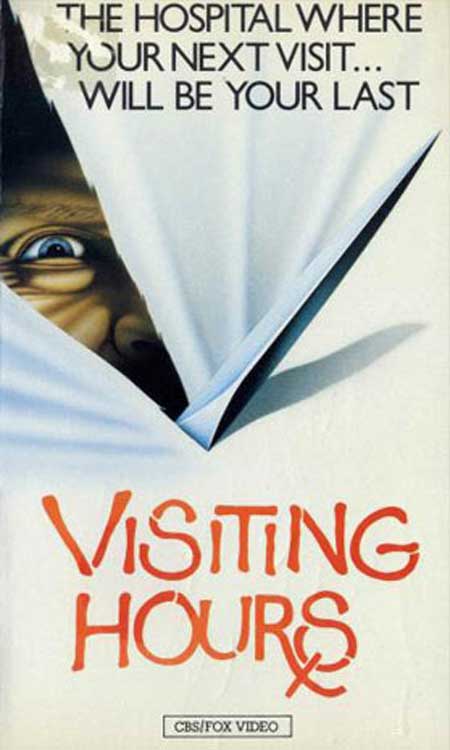 Even though it has a decent message about violence against women (particularly those unfortunate enough to be in a violent relationship with a significant other) I just wasn’t too keen on Visiting Hours as a whole.

I think it is a perfect example of the trailer being much better than the film itself (if you haven’t seen said trailer go look it up now) and even though I wouldn’t say that I hated the movie I doubt I will ever bother to watch it again. If you are looking for a good horror flick set in a hospital check out films such as Halloween 2 (from 1981, not the Rob Zombie one), Hospital Massacre (AKA X-Ray), Blue Monkey, or even Nurse Sherri (AKA Terror Hospital) as they are all superior if you ask me.  However if Visiting Hours sounds like something that may interest you give it a shot, just don’t expect it to have any sort of long-lasting impact on you.