Nicola Fiore was born October 21, 1979 and grew up on a tour bus with her parents who were musicians. She began modeling at age 13, dabbled in music, was a drama club member in high school, and attended film school in 1999.While she was working at the local movie theater she met some friends who were taking film classes at the same school. Together, they made two horror movies which began her love of independent horror.

Thinking she had performing and film out of her system, horror came calling her back in 2006 when she met Michael Kenneth Fahr and Dustin Hubbard who approached her to help make a film with a controversial killer. Dustin casted Debbie Rochon to work along side her and Nicola began to see potential for a future with indie horror. Since then she has worked with Linnea Quigley in the film “Dead End”, Monique Dupree, Lloyd Kaufman, and Chris Seaver of Low Budget Pictures. There is a lot ahead for this up and coming woman of horror who some say is beginning to become a staple in the cult world. This sexy Italian-American actor/model/producer will continue to get the attention of cult fans for years to come. 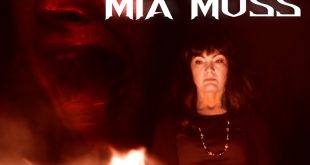 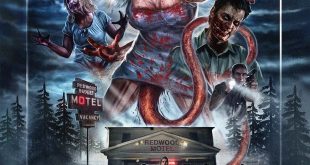 Film Review: Night Of Something Strange (2016)