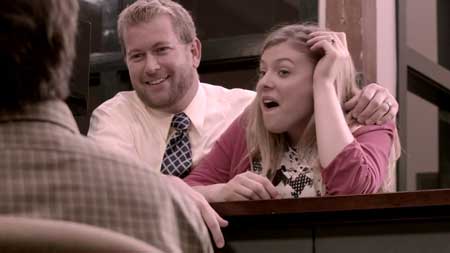 A heartbroken office drone is coaxed out of his self-imposed isolation by two bubbly, enthusiastic co-workers. Their proposition: to join them for their renowned “family game night,” where they promise him an evening of fun and a chance to forget his troubles. But something sinister lurks just beneath the surface of these happy-go-lucky lovebirds, and our sad sack is about to find out just how far they’re willing to go for a good time.

Got another short film for you, kiddies! Today we have FAMILY GAME NIGHT, written and directed by Jeff Etheridge, based on a story by Daniel Krone

Our story opens in a dreary office setting. Bill (Daniel Krone) seems a bit out of sorts. From the photo he looks at longingly, we get the impression that Bill has just lost a wife or girlfriend and is working through the pain. Literally – he’s throwing himself into his job and trying not to think about it.

Along comes fellow worker Maggie (Victoria Blackmon) and her husband Hank (Alan Hardy Jr.), desperate to cheer him up. They insist Bill must come over to their house tonight for their weekly game night. They assure him it will make him feel better and push until he finally agrees. 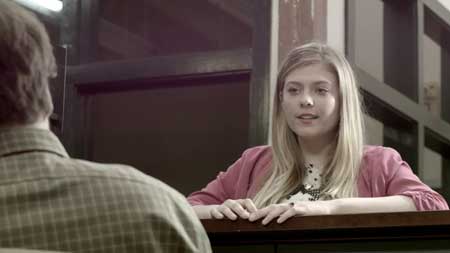 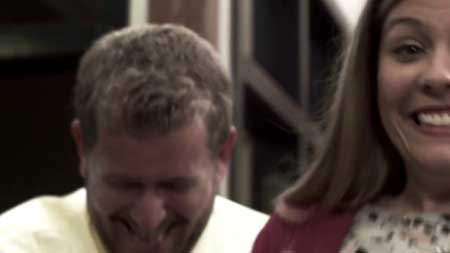 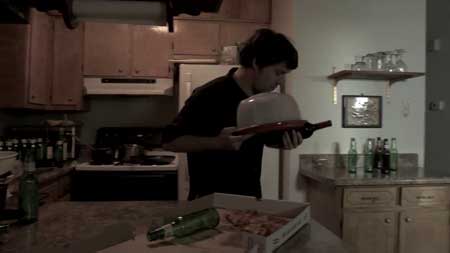 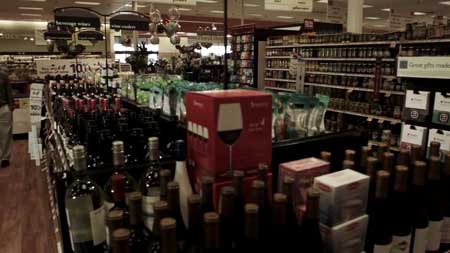 Well, Bill picks up some wine and a jello mold and heads over to fake smile his way through the evening. But he has no idea what he’s in for.

I gotta be honest…the sound on this thing is absolutely terrible. Really, really terrible.  The video quality could be better too, but it’s not unwatchable. Higher production quality would have really gone a long way here.

But with that being said, I actually liked the film otherwise. The cast are good, the story is good. It’s a fun short overall.

So using my special short scale of one to five, five being awesome, I’m giving this film 3 jello molds. 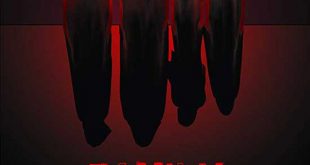