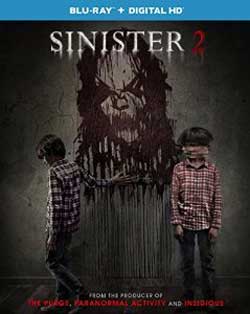 A young mother and her twin sons move into a rural house that’s marked for death.

Sinister 2 is the sequel to the supernatural horror film Sinister. The film follows the character of Deputy So & So as he tries to save a family from the curse of Bughuul. The acting is good and the story is interesting. It might not be as compelling as the original but it is entertaining in its own right with characters that are interesting and a story that is captivating.

After the death of the Oswalt family Ex Deputy So & So has become a private investigator. He spends his free time investigating the Bughuul curse and attempting to stop it in its tracks by burning the houses down. He meets Courtney Collins, played by Shannyn Sossamon, at an old home with her two sons. Ex Deputy So & So then goes out of his way to attempt to protect the family from the demon. Meanwhile, her abusive estranged husband torments Courtney and her family.

The cast does a decent job at being charming and likable. The entire time you really do not want anything bad to happen to them. The only exception is the abusive father of the family, which is so cartoonish and over-the-top that he might as well have had hooves for feet and horns on his head. Shannyn Shossamon and the Ex Deputy have a cute chemistry that seems to really work for the story.

The story is pretty entertaining. We get a mix of a point of views from the Ex Deputy, a character from the first film that is likable and has a reason for continuing his journey, as well as the point of view of the one of the kids, Dylan, as Bughuul and his cadre of evil children try to corrupt him. The kills in this movie are much more brutal than in the previous film and get a lot more extreme at times. For example their one kill involves nailing adults to the floor and having rats burrow through their stomachs so the victims bleed to death. All the while he is filming this with a Super 8 camera. I do think that the Ex Deputy probably should have been a lot more damaged psychologically after the things he has seen and the supernatural events he has faced. Still, he portrays the fact that he is afraid and he seems to know that he is in over his head. 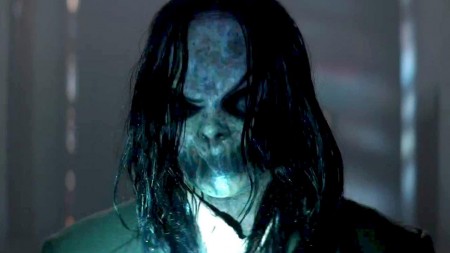 The imagery is very dark and eerie. The filter that was chosen gives the screen an almost constant sense of gritty darkness. The Super 8 films are still creepy to watch but have taken on a more haunting air since the audience is watching the children watch the videos and slowly become possessed by the powers of the evil demonic force. The Bughuul legend is not expanded upon nearly as much as I would have personally liked. It is basically a “boogie man” that has always existed and is present all over the world throughout history.

The writers have created characters that are clearly “okay to kill” because they are despicable. It makes me wonder if they are making up for murdering the entire family in the last film. The comeuppance kills are earned, but it makes it more of an act of karma instead of horror and it kind of takes away from the overall mood of the film. I am not sure what else they can do with this story so I hope that the producers do not decide to continue to milk this franchise. 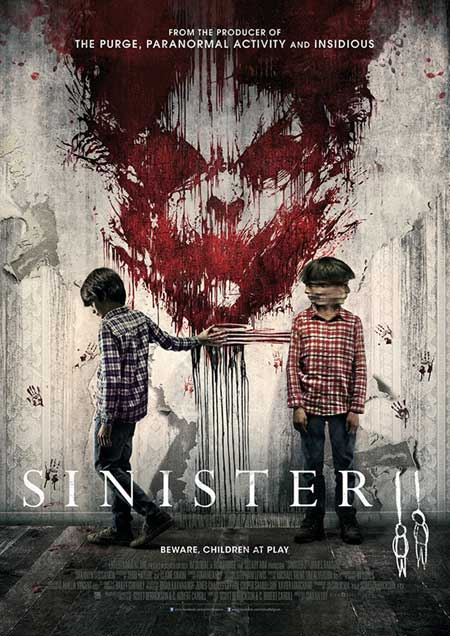 Sinister 2 is worth seeing if you were a fan of the first movie. It is a smart follow-up that seems to care about creating a story that is very creepy. It does have a much more positive ending as well so it feels like evil has not won by the conclusion. If you are not familiar with the events of the first film it will be a bit difficult to follow so I recommend watching this immediately after to get a feeling that the continuity of the story is unbroken.