Please view Spirit Possession Anonymous’ latest Public Service Announcement at
[youtube]https://www.youtube.com/watch?v=i-xlI4D3srQ[/youtube]
For the last thirty years, Spirit Possession Anonymous has become the most reliable rehabilitation organization for anyone suffering from otherworldly ailments. In 1982, when SPA was established, little was known about what happens after a successful exorcism or how to help victims re-integrate into daily life – or how to prevent repossession.

In their studies, the founders of SPA discovered that by confronting people they’d harmed during the time they were possessed, owning up to the damage they’d caused, and by sharing these experiences, survivors of possession could help themselves and other suffering victims make a full recovery and – even more importantly – prevent it from happening again. 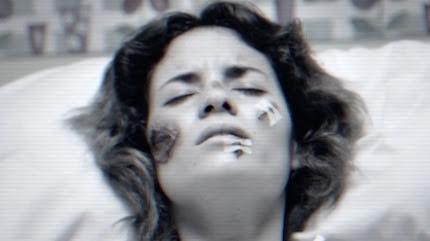 AVA’S POSSESSIONS
In Cinemas and on VOD March 4
Ava Dobkins (Louisa Krause) is recovering from demonic possession. With no memory of the past month, she is forced to attend a Spirit Possession Anonymous support group. As Ava struggles to reconnect with her friends, get her job back, and figure out where the huge bloodstain in her apartment came from, she’s plagued by nightmarish visions – the demon is trying to come back.

Momentum Pictures will release Ava’s Possessions in cinemas and on VOD March 4th.