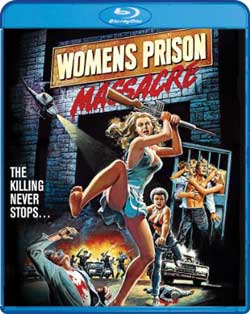 A woman reporter is unjustly sent to prison after investigating a corrupt official where she is victimized by vicious guards and bullied by some of her fellow prisoners. Things go from bad to worse though when a group of escaped male prisoners take over the prison and start terrorizing the inmates in a number of horrible ways.

Review-I’ve always loved women in prison movies. Some of my favorites include the Ilsa series, Women in Cages, and Escape from Hell just to name a few. I have always wanted to see Women’s Prison Massacre but just never really got around to it until just a couple of days ago. While it may not be as good as some of the movies that I just mentioned it is still pretty awesome and I dug it for what it was. It contains all the typical elements every good women in prison flick must have such as the incarceration of an innocent young woman, cruel guards that enjoy torturing the prisoners, and the evil, demented prisoner all the inmates are afraid of that our hero must contend with. In addition to all of that it also has something a little different which is the inclusion of male prisoners who take over the facility and proceed to rape, torture, and kill any of the women prisoners that they run across. Needless to say that this movie probably isn’t one that you want to watch with the family (or on a first date with someone if you want to ever get another date) but I thought that it was a lot of fun in a sleazy kind of way. 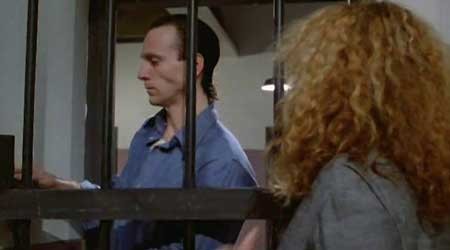 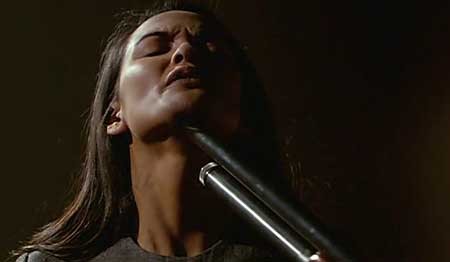 Directed by Bruno Mattei (though it has been argued that co-writer Claudio Fraggasso actually helmed it for the most part) this movie is more than a little brutal and you will probably feel the need to take a shower after you watch it. It isn’t quite as hardcore or disturbing as Ilsa, She Wolf of the SS or even Barbed Wire Dolls but there are some pretty nasty things that take place during the course of the film that may bother some viewers who aren’t as desensitized to such things like I am. It isn’t a horror film despite the title but there are quite a few brutal and gory murders that take place (the scene involving the woman putting a razor blade up her vag to take care of the guy that is trying to rape her is epic) so if you are a fan of such things you won’t be let down. While it does tend to drag at times and could have had a little more action I still had a great time watching it and thought that it was good in its own weird way. The best way that I can describe it is that it is just your usual women in prison movie and if you are into those then you are most likely going to be into this one as well. 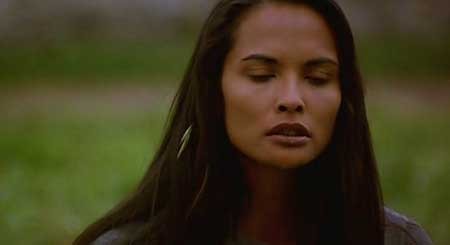 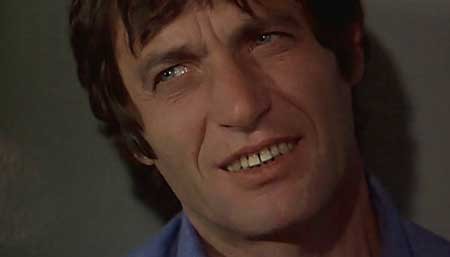 One of the best things about it was the cast. The always awesome Laura Gemser (who has been in a ton of similar movies ) stars as the main character Emanuelle and she kicks all sorts of ass. Even though she is a pretty, innocent young thing she is also tough as nails and can take care of herself in a jam. Even though she is beaten ruthlessly by the guards several times and finds herself in a number of catfights with her main adversary Albina (one which involves a knife) she refuses to give up and looks great doing it. She is just a likable character and you can’t help but root for her as she goes about trying to just stay alive in her surroundings on a daily basis. I also loved Ursula Flores as Albina, the toughest bitch in the entire prison who is just evil and demented to the core. 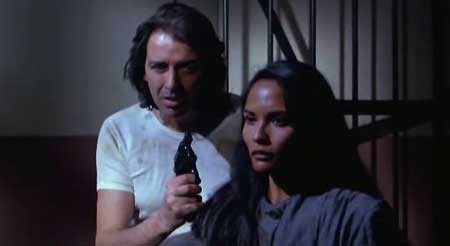 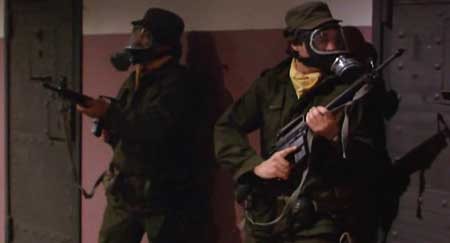 She loves messing with Emanuelle and even though she ends up on the losing end of every catfight they have she is persistent in being a constant pain in her ass. While she isn’t much to look at (I thought that she kind of looked like a dude) she is still an enjoyable character thanks to just how out there she is and how much she enjoys making the other prisoners miserable at every opportunity. While there are of course other characters in the film (such as the evil guards, the tortured prisoners who are too afraid to fight back, the typical warden, and of course the group of men who take over the prison) Emanuelle and Albina are without a doubt the ones that stand out the most and are the main reasons to see this movie. 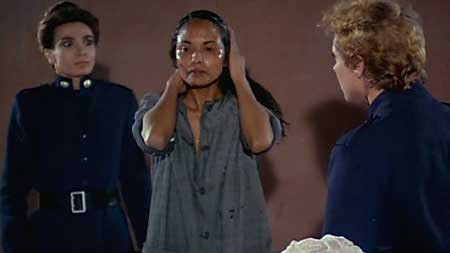 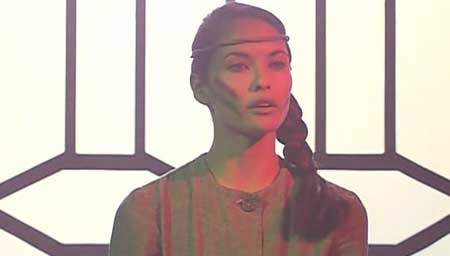 Some people have argued that if you’ve seen one women in prison movie that you’ve pretty much seen them all, and while I am inclined to agree to an extent there are some that are just special and stand out among the others. Women’s Prison Massacre is without a doubt an example of this. It has a little bit of everything for fans of women in prison movies and is one of those that you should see at least once if you are into these films as it is without a doubt a classic (even if it is lesser known when compared to others such as Caged Fury, Caged Heat, The Big Doll House, and many more). It may be just a tad tamer than other similar movies but it has just the right amount of nudity and sleaze to make anyone happy. Check it out if you haven’t seen it as it is a winner and I think that it deserves a little more respect and recognition than it gets. Team it up with any of the first three Ilsa movies, The Hot Box, Women in Cellblock 9, and Women Behind Bars for one hell of a great women in prison movie marathon one night.