UNMASKED: An Interview with the face of evil. Actor/Producer, Tony Moran who played Michael Myers in the final minutes of the original Halloween film (1978) shares some tricks and treats of Halloween, horror, and Hollywood.

Tony, thanks for taking the time to talk with Horrornews.net.

1.Q: How did you become an actor? You as well as many of your siblings have acted in t.v. and the movies. Most notably your sister Erin Moran (Joanie Cunningham on Happy Days). Were your parents in show business? Was there any sibling rivalry?

My little sister’s agent hounding me to get into acting, which I finally did. My parents were not in show business. No sibling rivalry.

2.Q: How did you first hear about the Michael Myers role in Halloween? Were you sent the script and was it an audition process? Was this your first role?

My agent called me up and gave me the interview time to meet John Carpenter and Irwin Yablans. No, I was never sent a script. Yes, it was my first movie roll. 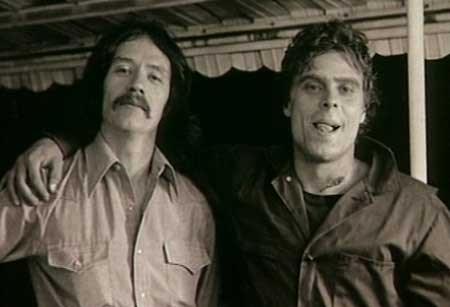 3.Q: What did you think of the script and it’s chances of success with such a low budget ($ 320,000.00) and John Carpenter being a relatively unknown director?

I figured the movie would be in a drive-thru for a week or two and that would be about it.

4.Q: What was the reason you accepted the role?

Only because of Donald Pleasance and I needed the money.

5.Q: Were you familiar with any of the cast besides Donald Pleasance?

Was it intimidating meeting him? No, but I was a huge fan of his.
Did he give you any acting tips or advice? 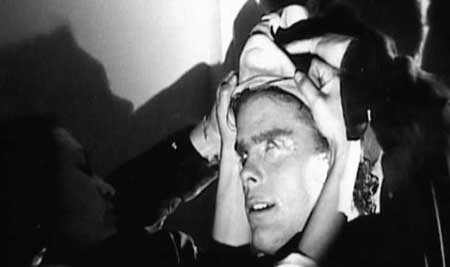 6.Q: What were your first impressions of John Carpenter and Debra Hill (Co-writer and producer)?

Very impressed with their professionalism for being such a low budget movie, their imagination and dedication to the project.

7.Q: Tell us about your time on the set. What was the atmosphere like? Did you have much interaction with Jamie Lee Curtis prior to shooting your scenes with her?

We had a little bit of interaction, but it was a very fast paced filming, because of the low budget. She was great, down to earth, great sense of humor.

8.Q: What did you think of the Michael Myers character as you were suiting up and putting on the mask?

At the time, one of the weirdest things I could’ve imagined.

9.Q: Did you think the mask was scary? No. Were you aware at the time that it was a modified William Shatner mask from Star Trek? No. Did you ever meet William Shatner or discuss his likeness being used to scare the hell out of people? 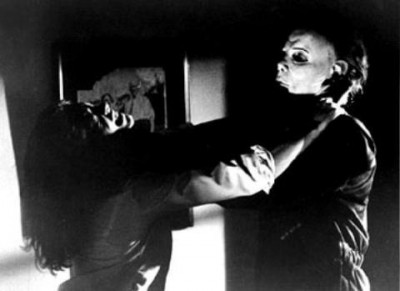 10.Q: Was it difficult to breathe or see while wearing the mask during your scenes?

Yes, it was very uncomfortable.

11.Q: How many takes did John Carpenter allow or have time for?

We never did more than 3 takes per scene. 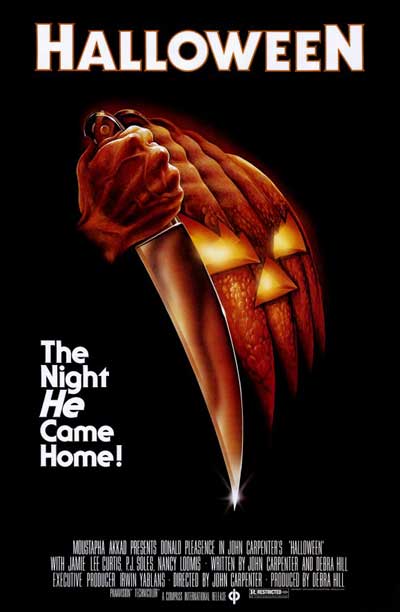 13. Did he take outside suggestions from any cast or crew that you witnessed?

14.Q: Did you realize his talent during filming or were you too new to movie making to appreciate him as a writer/director at the time?

No, I could tell right off the bat that this guy was really talented.

15.Q: Were you invited to any sort of premier for the film after wrapping production?

I was invited to a screening for the cast and crew, but I didn’t go.

16.Q: What was it like seeing John Carpenter’s Halloween on the big screen for the first time? Did you see it with an audience?

Yes, I saw it with an audience and I could not believe how good it was.

17.Q: What was the audience reaction to your scene when The Shape is unmasked and Michael Myers is revealed?

18.Q: What makes Halloween such a cultural phenomenon considering it is a low budget independent film?

The writing, directing, cast, crew, subject matter, the suspense of it and the music.

19.Q: When did you first realize that the film, like Michael Myers was never going to die?

When I did my first horror convention I knew it was probably never going to die.

20.Q: Were you able to keep any memorabilia from the film?

21.Q: Is it true you were offered Halloween II and turned it down?

Yes. But footage from the first movie was used, is that correct? Yes. Any regrets? No regrets.

22.Q: The original Halloween spawned many sequels and even a retelling of the first two films by Rob Zombie. . Q: Have you seen the other films besides the original? I only saw 1, 2, and 3. Did you like any of them? 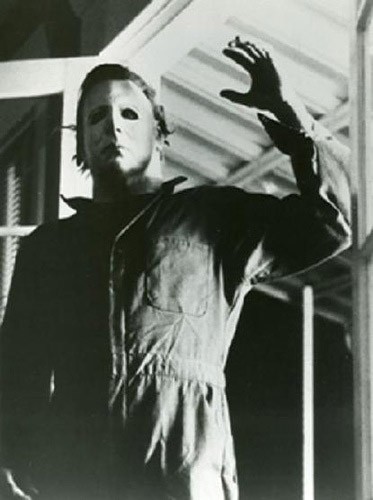 23.Q: Halloween (Halloween Returns) is being rebooted again this year. Do you think new life can be breathed into the franchise? Yes, it could. If you were asked to play Michael Myers in the latest version would you accept the role? Depends on the script.

24.Q: When was the last time you watched Halloween?

A few months ago with my daughter and my girlfriend.

25.Q: What are you all-time favorite horror films?

Psycho, Exorcist, and The Shining.

26.Q: Halloween is still being shown in movie theaters in 2015 and the fan base continues to grow. There is even a replication of the Myers house in North Carolina. Have there been any over the top or scary fan interactions over the years?

Not really, they’ve all been cool.

Yeah, that I didn’t know I had to wear a mask until I was on location to shoot.

28.Q: After Halloween you appeared in a few well known t.v. series such as Chips and the Waltons. A lot more light hearted than playing a serial killer. How were those experiences?

They were a lot of fun. Acting is fun.

Independent horror films are a lot of fun. Yes, I am.

30.Q: You appeared with P.J. Soles in Halloween and BEG (2011). Have you stayed in touch with any of the original cast or crew?

We see each other on the circuit all the time, so yes.

31.Q: Any upcoming projects you would like to tell us about?

The movie that P.J. plays my wife in, BEG, that I also star in and produced, is now on sale on Amazon. I got a couple in the works, but they’re not finalized yet. 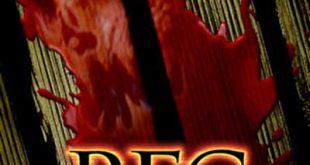 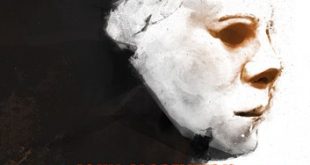