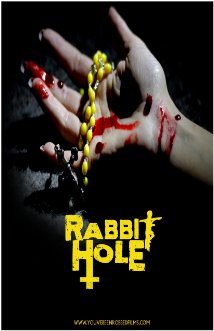 RABBIT HOLE is the story of a young Mother named Dottie, who upon waking, discovers her child is missing. For Dottie, the true nightmares happen when she isn’t sleeping. Can she be saved? If so, saved from who or what? May HE have mercy on her soul. 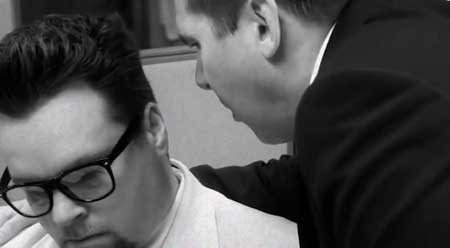 Dottie has a headache and decides to lie down, while Tina plays outside and Emma puts the kettle on. It’s all pretty normal stuff…at first.

But then this giant rabbit shows up and convinces Tina to leave the yard. Kids – NEVER LEAVE THE YARD WITH STRANGE RABBITS. It can only end badly.

Emma realizes Tina is gone and heads down to the local church to see if Tina is there. The pastor (Rob Dimension) welcomes Emma inside, but let’s just say it’s not for tea and cookies. 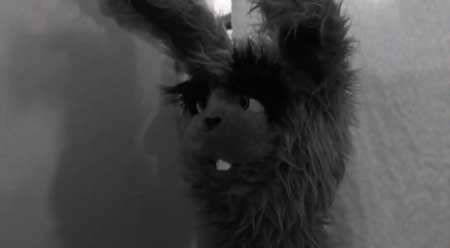 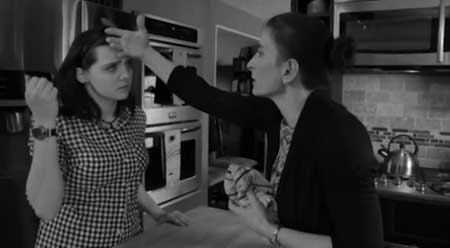 Dottie wakes and realizes Tina and Emma are gone. She drives down the street looking for her daughter and ends up at the same church, asking the same question as Emma. She, too, is welcomed inside. Something is very wrong in this “church”. Very wrong indeed.

Where is Tina? What is the deal with this bizarre pastor? and what’s with the bunny rabbit? Who will be “saved”?

This is a very surreal film. Besides the obvious Alice in Wonderland references, the film gives a very strong Wizard of Oz vibe. Right down to Dottie’s gingham jumper at the opening and of course Auntie Em. It’s even filmed in glorious black and white. There are a lot of nods to both stories throughout the film if you pay attention.

I don’t want to give anything away, but I will say the ending is a lovely twist that follows right along with the referenced material I just mentioned. There are hints to the ending throughout the film, but they won’t seem obvious until after you get there. 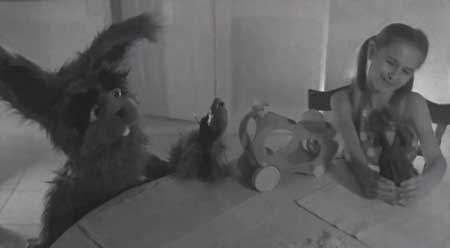 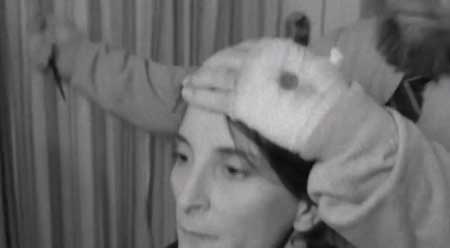 There are a few gore effects, subtle and nicely done by Lisa Fisk and Gus Clark.

The only thing I will say against the film is that the score, while quite good and appropiate, is a bit loud in places. Too loud sometimes to really hear the dialogue. Nothing a sound re-master wouldn’t solve.

So using my special “short scale” of one to five, five being awesome, I’m giving this film 4 bunny rabbits. 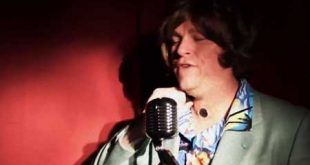