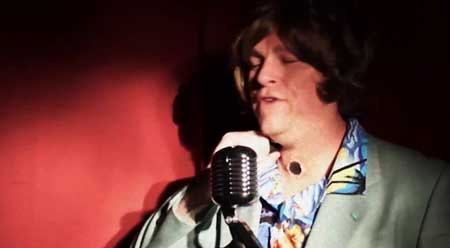 Mortimor Tromblay wants to be a standup comedian. His biggest critics, his parents are front and center for his debut performance. Follow Mortimore on his special night that’s intermingled with strange moments and odd characters. A quirky dark comedy film that will have you requesting your bill before the last act goes on stage. Sit back, enjoy and make sure you tip your waitress.

Another short film for you, folks. Today we have MORTIMOR TROMBLAY from You’ve Been Robbed Films, written and directed by Rob Dimension.

The eponymous lead character, played by Chris Dalbey, is a wanna-be stand up comedian. This is his first night on stage and with his parents in the audience he is desperate to make a good impression.

Will his comic stylings be a hit or a miss? Will he make his parents proud? Or will his act go down in flames?

This is a dark look at the backstage of a seedy comedy club. If you’ve ever attended one of those amatuer comedy night events, you’ll recognize this moment. The stage is populated by strange characters such as Hank the Dumping horse, Friskers the Bunny, and Homeless Mikey the ventroliquist. 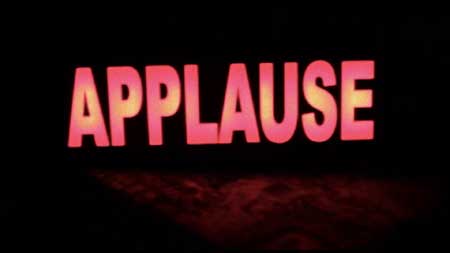 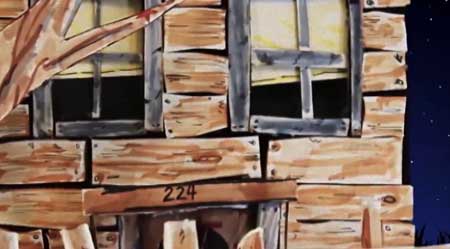 Mr. Dimension appears in the film as Melvin the comedy host. Off-colour humour, foul language, everything one would expect from a burlesque-style show host. An interesting quirk has been added to Melvin, courtesy of special effects artist Gus Clark.

The film is funny and tragic at the same time. I just kept cringing as each bizarre character took his turn at the mic. All the weirdness leading up to the big moment, which is of course Mortimor’s big debut. Mr. Dalbey’s performance is sympathetic and engaging, as we watch him wander nervously in the wings. Once he hits the stage, I really wanted it to go well for him. 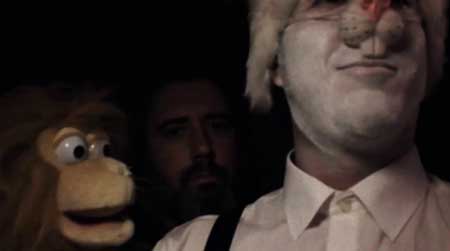 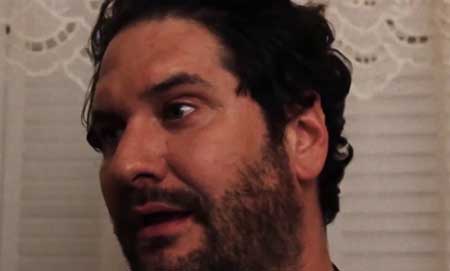 It’s an odd film, but many short films tend to be odd. Oh and stay through the credits. Unlike a lot of other shorts, this one has a button. Two, actually.

So using my special short scale of one to five, five being awesome, I’m giving this film 3 mics. 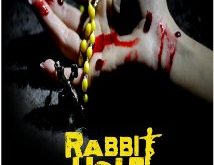