11/15 SF Premier: Holiday Horror Film “All Through The House” 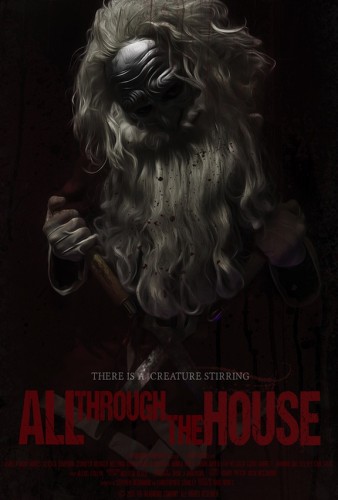 Los Angeles filmmaker and San Francisco Bay Area native Todd Nunes will be premiering his award-winning holiday horror film ALL THROUGH THE HOUSE at the Another Hole in the Head Festival. The horror film is a production of Los Angeles-based The Readmond Company and screens on Sunday, November 15 at 5:00pm at the New People Cinema, 1746 Post Street, San Francisco, CA 94115. Tickets are $12 and the screening is expected to sell out.

“As a Bay Area native, I’m excited to screen ALL THROUGH THE HOUSE in San Francisco,” says Todd Nunes, writer and director of ALL THROUGH THE HOUSE. “I grew up in Vallejo and Benicia and always dreamed about screening one of my horror films to a local, Bay Area crowd; I’m thrilled to share our fun, scary film with an SF audience.” Nunes’ sister Ashley Mary Nunes, stars in the 80s-style slasher film featuring a deranged Santa Slayer who rips through the town of Napa, California for some yuletide-terror.

ALL THROUGH THE HOUSE recently won three awards at the RIP Horror Film Festival in Hollywood, CA:

* Official Winner of Best Slasher, Todd Nunes for ALL THROUGH THE HOUSE

* Audience Choice Award ALL THROUGH THE HOUSE

* Best Editing, ALL THROUGH THE HOUSE

ALL THROUGH THE HOUSE was also nominated for Best Music Score and Best Ensemble.

Fifteen years ago, a peaceful Christmas neighborhood was engulfed by fear when five-year-old Jamie Garrett was mysteriously taken from her bedroom, never to be seen again. Now on Christmas break, Rachel Kimmel comes home from college to find her neighborhood struck again by a reign of terror. A violent killer is hiding behind a grisly Santa mask, leaving a bloody trail of slaughtered women and castrated men to the steps of the Garrett house. Rachel finds herself in a horrifying nightmare as she discovers the twisted secret behind the mask.

“This slasher has been brewing in my mind since I was a kid,” says Director/Writer Todd Nunes. “It’s not a rehash of popular Christmas horror movie subplots, like punishing the naughty, Santa obsessed psychos, or death by antlers. This is a dark, scary, violent story that delivers on a big bloody body count, beautiful girls, and lots of terrifying action. It’s everything I love to see in a horror movie – every murder is shown on screen and the anti-hero is a killer with a diabolical, sadistic mystery.”

“Although I loved my character because she is strong and complex, I’m really drawn to the twisted and crazy characters she meets in this movie,” says actress Ashley Mary Nunes (as Rachel Kimmell). “The Killer in ALL THROUGH THE HOUSE is disturbing, gross and really unique – I’m fascinated by the depraved impulses. I know that everyone is going to love all the gore and violence, but there is also a twisted mystery that ties it all together like a big Christmas bow.”

ALL THROUGH THE HOUSE is a 95-minute film shot in 21 days in the summer of 2014 in Benicia, Los Angeles, San Francisco, and Lake Arrowhead, CA. Director/Writer Todd Nunes graduated with honors from The Los Angeles Film School and studied screenwriting at UCLA’s Writers’ Program. This is the first film by Los Angeles-based The Readmond Company.

Tags All Through The House 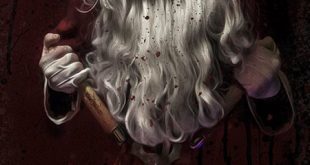 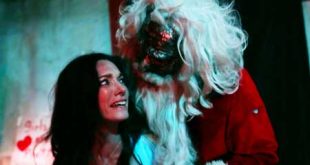 Christmas Horror Comes Early! Santa Slasher ALL THROUGH THE HOUSE 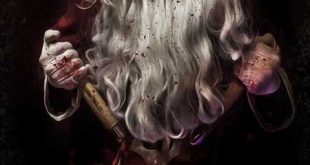 iTunes Horror Pre-Orders: “All Through The House” Santa Slasher