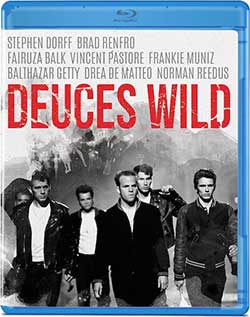 Bobby (one of the deuces gang) and the sister of a rival gang member fall in love.

This gem has been long overdue for a proper bluray release. My only complaint is no subtitles. Though “Deuces Wild” was one of “those films” that sat in DVD form until it could be replaced with a proper resolution release. Olive films comes thru again by flagging great films and delivering them to high definition viewers. Amen!

“Deuces Wild” like other films of its kind such as: “The Outsiders”, “The Warriors” and “Rumblefish” collects a stellar cast of great actors under 1 roof. It’s not entirely uncommon for earlier films to unite acting talents who all go onto to greater things, this film is no exception. At the helm we have actors: Stephen Dorff as Leon, Brad Renfro as Bobby, Balthazar Getty as Jimmy “Pockets”, Norman Reedus as Marco, Deborah Harry as Wendy, James Franco as Tino Verona, Johnny Knoxville as Vinnie Fish, Frankie Muniz as Scooch, Fairuza Balk as Annie and other great talents who all seem to work terrific in this ensemble casting. A great cast coming together under a great script. 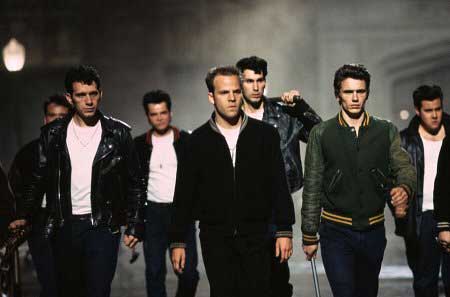 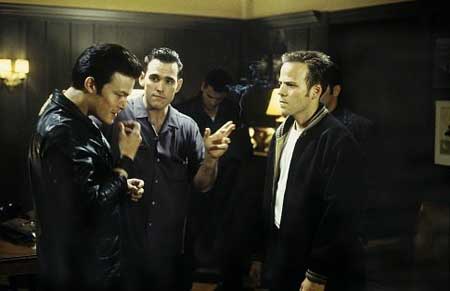 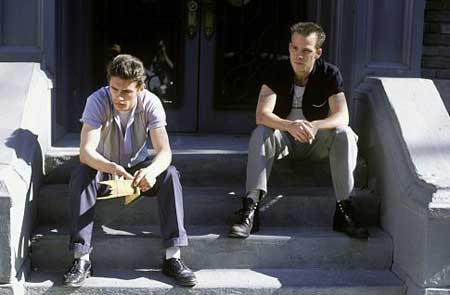 I’ve often been a fan of Stephen Dorff’s work (in practically every film he has been in), though the real surprise here is seeing “Walking Dead’s” own Norman Reedus in a much younger role “without” his trademark long hair. Norman Reedus plays the antagonist Marco who served time after being ratted out. Marco is on the verge of being released which sets the streets up for payback and bloodshed. Marco, the leader of rival gang “The Vipers” does indeed take quickly to challenging Leon and his Deuces gang over claim to the neighborhood. Though it’s the grudge that really fuels this conflict.

Like any Brooklyn street gang film, it comes with similarities that echo life on the streets of New York. Namely gang warfare, turf protecting, and those in power being constantly challenged by those “soon” to be in power. You might say it’s a stereotype of these films. When done properly, it is surely fun as hell to watch. The classic Brooklyn tough guy rant echoes a common mix of character personas that often are critical to the storylines of these pieces. Leon leads the Deuces gang while treading carefully under Mafia-centered gang leader Fritzy played by Matt Dillon. The events take place in the 1958 era of rumbles, mafia-gangs and greasers. 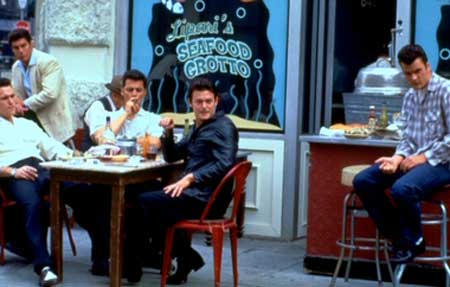 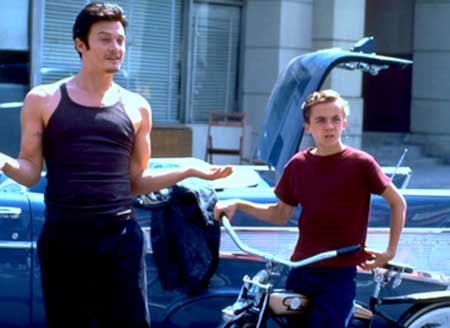 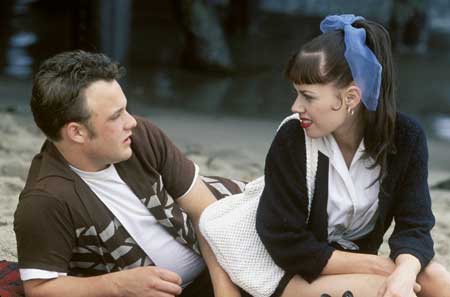 While the film obviously takes a que from West Side Story (without the musical) it has a way of charming its audience by introducing characters we can relate to. The formula here is mostly predictable however when a film is as fun as this one to watch..who cares.

Stephen Dorff proves he’s got the acting chops to lead the story by keeping it tough and cool only unleashing his rage when its provoked.  The film was directed by Scott Kalvert known for his work on “The Basketball Diaries”

The film “Deuces Wild” is a highly under-rated 2002 release that seems to have suffered from some misplaced negative reviews. Why….I’m not entirely sure, though upon viewing I was an instant fan of this under-the-radar classic. there I said it….classic! Trust me, this film is worth the time and the purchase. Nice job Olive Films, I can finally add this to my favorites shelf! 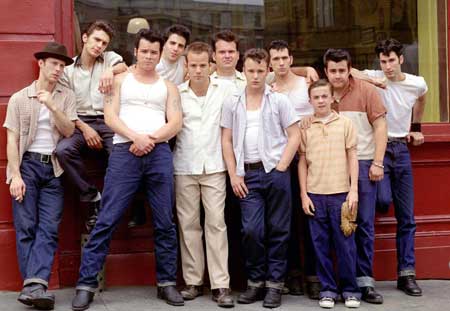 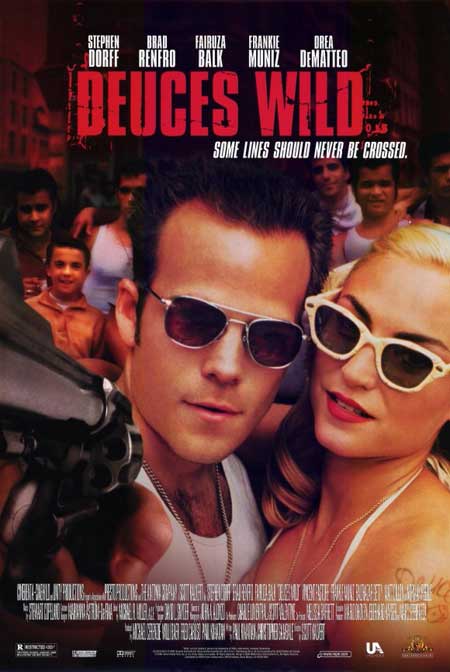