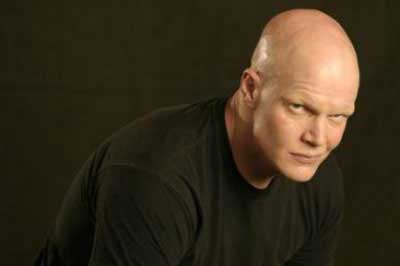 WHO: derek mears
WHAT: actor – “friday the 13th” (jason voorhees)

MJ : Even non-horror fans know who Jason Voorhees is, how do you feel about playing such an iconic horror character?

DM : I’ve always been a big fan of Friday the 13th and Jason Voorhees!!!! Even though we shot it, it really hasn’t sunk in yet. I’m really blown away by it. I’m so thrilled to part of the series.

MJ : Do you think you bring anything different to the character that makes you stand out among the other Jason’s?

DM : That’s a good question. I don’t want to come off sounding arrogant. No matter who you put in a role like that, it’s going to change because everyone has different life experiences that they bring to the table. It’s like handwriting to me, how you write your name, Mike, I can write Mike also but it will come out different no matter what but it will still say Mike.

MJ : What your coolest memory from filming Friday the 13th?

DM : There was one night everyone was so excited to work on the film. At one point, I was sitting by the monitor watching playbacks and one of the cast members came over and said, Hey man, do you realize we’re working on a Friday the 13th film. This is out of control. How did we get here? And we started laughing because I was thinking the same exact thing. A few minutes later, another cast member comes over, Hey guys, we’re F’ing working on a Friday the 13th film. This is great! We all started laughing. Then another one comes over. No one talking to each other at all, but everyone is thinking the same thing at different times. Everyone was really really thrilled to be on the show. It was just crazy!

MJ : That’s awesome!
Besides this remake, do you have a favorite Friday the 13th movie?

DM : Oh yeah, definitely! My favorite was part 4 “The Final Chapter” ! I love part 4. I grew up with Alopecia, which is a disorder where my body see’s my hair as a foreign object, so it rejects it. So, I lost hair as a child. I had little patches growing here and there. I remember watching part 4 and Corey Feldman comes walking down the stairs dressed as what he thought a young version of Jason would look like. I remember getting really emotional and being like, Oh my god.. that’s kind of what I look like, a little Jason. It really tied me into the series. I was a fan beforehand, but it really tied me into the series, making it my favorite Friday the 13th film.

MJ : Did you do your own stunts?

DM : Yeah, I did all my own stunts. There was one time in the middle of the shoot, I left to get married and they had a guy come in one day, to double me for a scene where hands come through the floor boards and grab Nick Mennell’s leg. Even though the guy came in and covered for me, when I came back they wanted to reshoot it, so they reshot it with myself, so now I can say.. I did all my own stunts in the film.

MJ : Did you have a favorite way to kill someone (in the movie)?

DM : Geez, I want to talk about it but I don’t want to give anything away. My favorite kill scene, the picture they have on the internet with Willa Ford at the lake and me standing there. That was my favorite. It’s weird because I haven’t seen the film yet, there’s two different versions of that, and I’m not sure which one they are going to use. The one version I really like and the other version is just ah, it’s still good. There both good but the one I really really like. I can’t give anything away without Warner Brothers punching me in the mouth.

MJ : Now that it’s all said and done, do they let you keep the hockey mask?

MJ : Do you think you would want to come back as Jason if and when they do another movie?

DM : If the fans dig it. I would love to come back as Jason. It really depends a lot on what they think. Yeah, It’s my favorite horror character.

MJ : You are going to be at the MonsterMania Con in Cherry Hill, NJ in March. I will be there too and I hope to meet up with you.

DM : Oh dude, definitely! come over and say Hi and maybe we’ll hang out at the bar and have a drink or something. It will be awesome to see you in person!