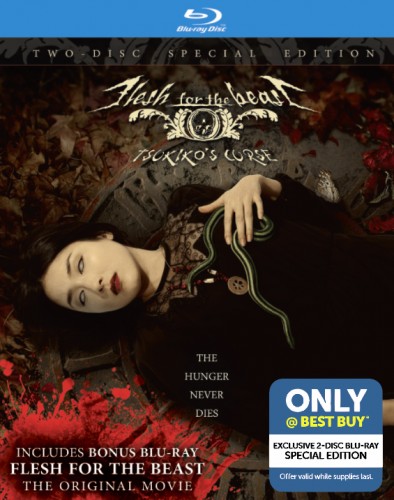 (New York City) Fever Dreams Inc. are pleased to announce the Best Buy Exclusive Blu-ray + DVD Combo release of the supernatural/occult horror series, FLESH FOR THE BEAST: TSUKIKO’S CURSE on November 3rd. The 7-part series will be packaged as part of the Flesh For The Beast Trilogy special edition that will include a newly enhanced FLESH FOR THE BEAST: THE MOVIE (2003) and THE PICK UP (2009).

The TSUKIKO’S CURSE series is inspired by the successful movie, FLESH FOR THE BEAST, about a paranormal team investigating the haunting of an old mansion, unaware that they are prey to be served up as sacrificial lambs to a cannibalistic coven of sexy succubae.

FLESH FOR THE BEAST: TSUKIKO’S CURSE introduces us to a new team of paranormal investigators who explore the dark fringes of reality for self-knowledge, academic fame and profit. The team consists of Maho Honda as Tsukiko, a beautiful Japanese woman gifted with shocking psychic skills; Patrick Daniel Smith as Parsons, a skeptic and scientist obsessed with collecting data on paranormal phenomena; and Charlotte Pines as Fortune, a free-spirit and new-age mystic who seeks out-of-body experiences in search of the ultimate cosmic trip.

According to Media Blasters CEO John Sirabella, “We are excited to team up with Best Buy to keep physical media alive with the deluxe bluray release of our third chapter in the Flesh For The Beast universe.”

Fever Dreams productions are distributed worldwide in all media including theatrical; DVD/blu-ray; TV; Pay-Per-View/VOD, premium cable; and internet streaming and downloading on Netflix, PlayStation, Xbox, iTunes, hulu and other platforms. Fever Dreams DVD releases are distributed exclusively through Media Blasters, Inc. and sold through all major retailers including Wal-mart, Best Buy, Amazon.com, TransWorld and many others.

Tags Flesh for The Beast 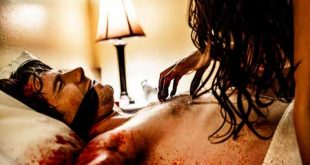 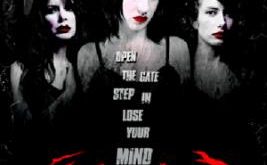