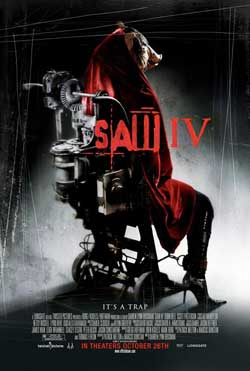 Jigsaw and his apprentice Amanda are dead. Now, upon the news of Detective Kerry’s murder, two seasoned FBI profilers, Agent Strahm and Agent Perez, arrive in the terrified community to assist the veteran Detective Hoffman in sifting through Jigsaw’s latest grisly remains and piecing together the puzzle. However, when SWAT Commander Rigg is abducted and thrust into a game, the last officer untouched by Jigsaw has but ninety minutes to overcome a series of demented traps and save an old friend or face the deadly consequences.

No matter how big or great the franchise, once you pass part three, you’re in for a wild ride, most likely one with a sharp decline. Nightmare on Elm Street 3: Dream Warriors is fantastic (mostly in a nostalgic kind of way, but great nonetheless), but then part four brought The Dream Master. Sure, Friday the 13th: The Final Chapter gave us Crispin Glover and Corey Feldman, but it was hardly the “final chapter” as it lined the sharks up just beyond the ramp. The fourth Texas Chainsaw Massacre film was 1994’s The Next Generation, and we all remember how that went. So what happens when a franchise that pretty much only had one trick going for it in the first place kills off its main killer as well as his assistant in part three? It apparently makes it up as it goes and continues forward, calling itself Saw IV. 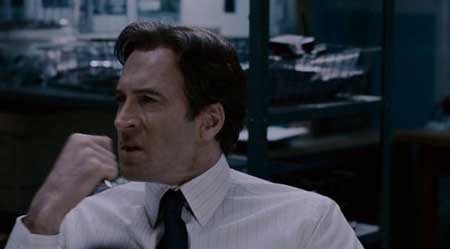 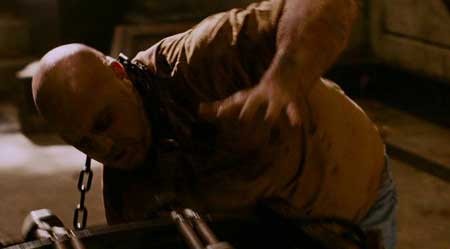 I thought the first Saw movie was somewhat clever; an interesting premise and some decent actors to deliver it. After the first couple, the series went the inevitable route that slasher franchises often go, which is putting out sequels whose main draw are no longer story most times, that was all expended in part one), but which rely heavily on creativity of the kills (see any of the big boys in the category – Jason, Freddy, Michael Myers, etc…). Don’t get me wrong, I enjoy many of these sequels immensely, but just because they’re entertaining doesn’t mean they’re “good.” With Saw IV, we all knew what we were in for, we just weren’t sure how it’d be delivered. So director Darren Lynn Bousman (who also helmed parts two and three) and company threw together some gore effects, some crazy contraptions, and some familiar faces, then stirred them all up and sprinkled in writers Patrick Melton and Marcus Dunston (writers of the Feast series, The Collector, and the upcoming Halloween III remake/reboot/reimagining), and poured them into that tried and true Saw mold. What came out was, well, apparently good enough to let the series keep going on. 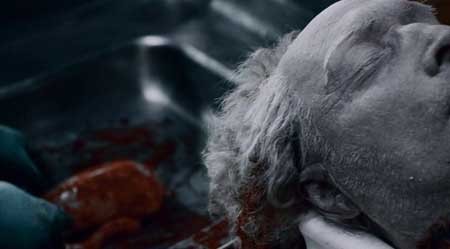 Note: If you haven’t seen the previous three Saw movies, abut you plan to, the following is going to contain a lot of SPOILERS.

You’ve got Scott Patterson from Gilmore Girls as typically over-aggressive Agent Strahm and Athena Karkanis from The Border as Agent Perez, both of whom are following Lt. Rigg (still played by Lyriq Bent) as he sets out on a mission of vengeance to find who is killing all these people (I’d recommend seeing the movies in order, as some of this will otherwise be even more confusing than it really is). You’ve got Donnie Wahlberg reprising his role as Eric Matthews, but he’s mostly seen chained up on top of a block of ice next to Costas Mandylor, again playing Mark Hoffman, who is tied to a chair. You’ve got a bunch of random victims whose life stories are condensed to a quick flashback or two, and only exist to be part of one of Jigsaw’s games. Speaking of, you’ve still got Tobin Bell as Jigsaw, but now he’s dead, so outside of seeing him opened up on a morgue table in the beginning, he’s mostly seen in flashbacks. Tons and tons of flashbacks. I think half of this movie is flashbacks, whether showing us something from a previous movie, or showing us a new twist on something we saw differently in a previous installment, or showing Jigsaw and his ex-wife, Jill (still played by Betsy Russell), in an attempt to show us why Jigsaw did what he did. 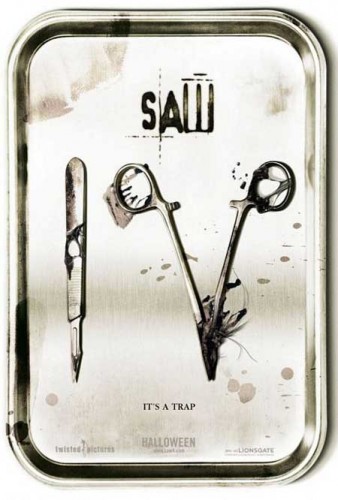 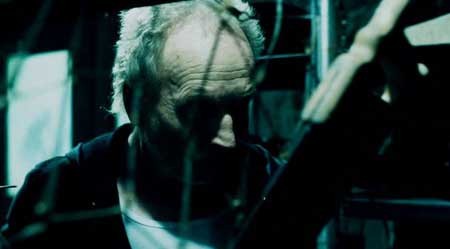 I know I’m being harsh on this movie, but I can’t help it. Aside from the occasionally creative traps by which the assorted victims are killed, there is little more here than a convoluted plot and a handful of distracting jump scares. As usual, Jigsaw, now from beyond the grave, has set up “games” for people to play that are supposed to either teach them a lesson if they survive, or kill them in excessively bloody ways. The logistics of these traps, not to mention their complexity, demands a lot of the viewers, asking them to suspend their disbelief over and over while still trying to show that this is all realistic, that unlike a monster movie, this could all really happen. I couldn’t help but wish I was instead watching Seven for much of Saw IV’s running time. 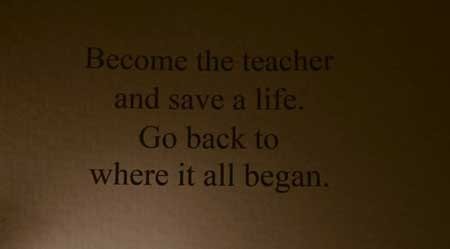 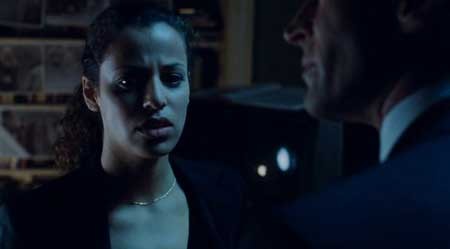 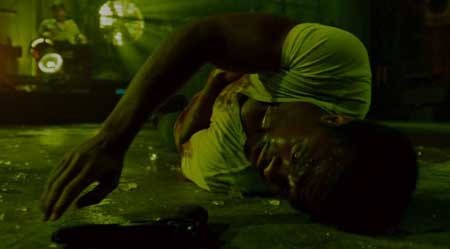 But maybe I’m approaching this all wrong. It’s not plot that has continued to sell out theaters for Saw’s six sequels. It’s the gore, the creativity of the kills. We don’t love the plot of later Friday the 13th movies, we love watching Jason kill a camper by slamming their sleeping bag against a tree like it was a baseball bat. So, how is the gore here? How are the kills? I’d rate them “decent.” A woman has her scalp torn off by the gears of a machine. A rapist/abuser gets ripped apart rather than slashing his own eyes out. A drug addict is forced to push his face through sharp blades in order to free himself from other blades slicing into his wrists, then falls into barbed wire. There’s a ton of blood, some pretty brutal gore, but none of it feels very inspired, not even as inspired as some of the kills in the previous Saw movies. 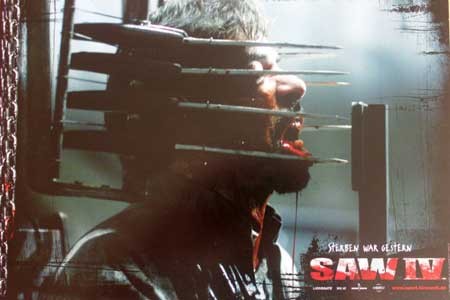 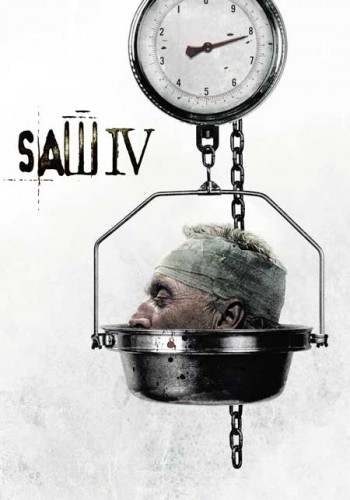 I think Saw IV falls flat in a number of areas. The acting is fine, but it all feels like a rehashed, re-telling of the previous movies. There is a twist ending, as there always seems to be, but it comes across as convoluted and silly. There’s a lot of blood and gore, but none that stands out as special or ground-breaking. The origin story of Jigsaw comes across as clichéd and unnecessary (isn’t it scarier if we don’t know? See the Halloween remake for proof.). If you’re a completist, you’re going to see this movie no matter what I have to say. If you’re simply browsing for something to watch, I could name off a list of a hundred movies that’d be more worth your while.