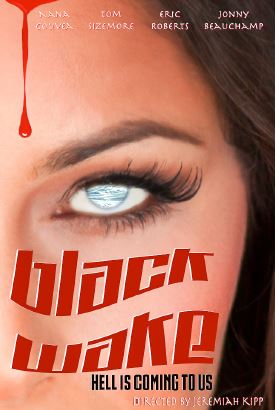 Director Jeremiah Kipp, Executive Producer Carlos Keyes, and Red Entertainment Group Pictures are working together on a new film, Black Wake, which will wrap up filming in New York City this August. The film features Brazilian TV star Nana Gouvea, American screen legends Eric Roberts and Tom Sizemore, “Penny Dreadful” actor Jonny Beauchamp, and award-­‐winning actor Rich Graff in a science fiction thriller that has a mismatched team of characters struggling to save the world from an ancient evil that lurks at the bottom of the ocean.

Black Wake will be released in early 2016 and is sure to be a thrill. After investigating a series of mysterious deaths along the East Coast of the US, one scientist (Nana Gouvea) discovers a danger far worse than anyone can imagine. Now it’s her job to convince other scientists, including Eric’s character, before it’s too late. A detective (Sizemore) becomes involved through the strange writings of a homeless man played by Beaucham. I am honored to be a part of this film and to watch these great actors on set and on screen.” – Carlos Keyes, Executive Producer, Black Wake

Specialists gather in a top-­‐secret facility to investigate a series of strange deaths on beaches along the Atlantic Ocean. One of the team’s scientists (Nana Gouvea) examines video evidence to uncover a possible parasitic explanation for the fatalities. But when a determined detective (Tom Sizemore) sends her the crazed writings of a mysterious homeless man (Jonny Beauchamp), the scientist slowly learns that the actual threat may be more dangerous -­‐-­‐ and far older -­‐-­‐ than anyone ever imagined. Can she convince her colleagues (led by Eric Roberts) of the true danger before an ancient force rises from the sea to bring madness and death to all of humanity? 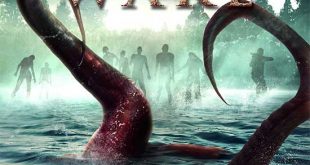